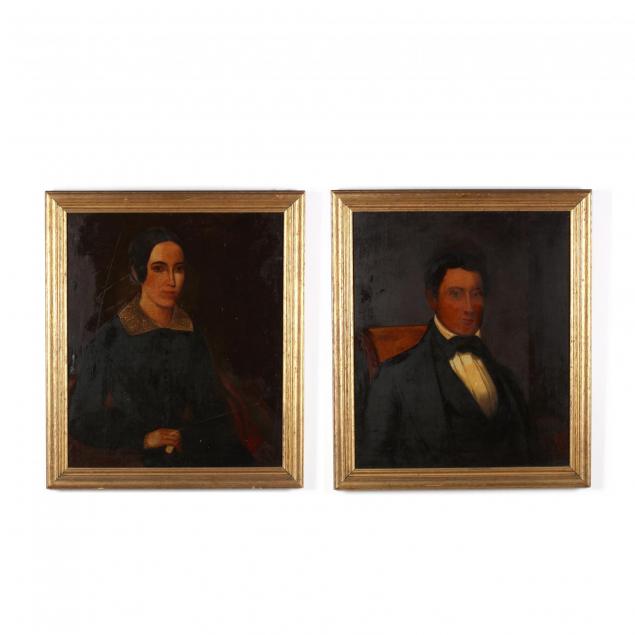 Lewis Thompson was born in 1808 and graduated with honors from the University of North Carolina (A.B., 1827; A.M., 1832). He went on to become a successful businessman, owning plantations near Woodville (also called Hotel), Bertie County, and in Rapides Parish, Louisiana. He was also a political leader in North Carolina, serving in the House of Commons and the State Senate, 1831-1852, as as a member of the General Convention of 1865. Thompson was a trustee of the University of North Carolina from 1848 until his death in 1867. This bust length portrait of Thompson includes a book titled Law of N. Carolina closed and resting by his elbow.

The pendant portrait of his young wife depicts her as soberly dressed in a black gown with lace collar. Margaret Ann Cathcart Clark (1814-1881) was a daughter of William M. Clark and Martha Bodie Williams. It was through Margaret that Thompson inherited the plantations in Louisiana. 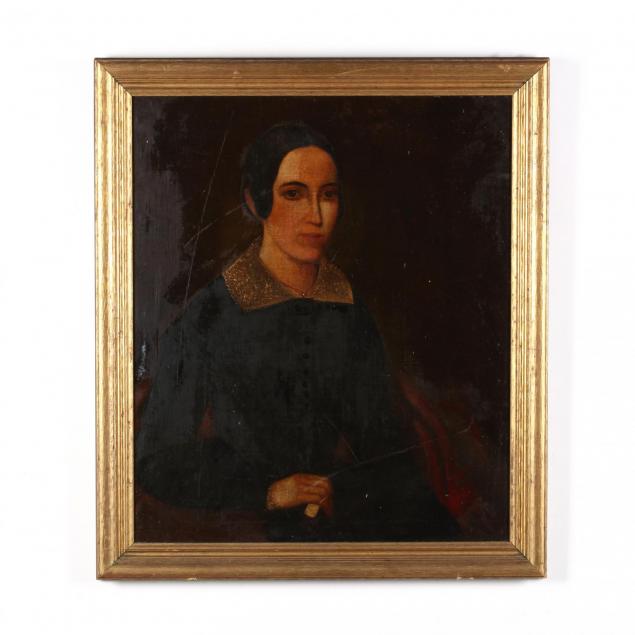 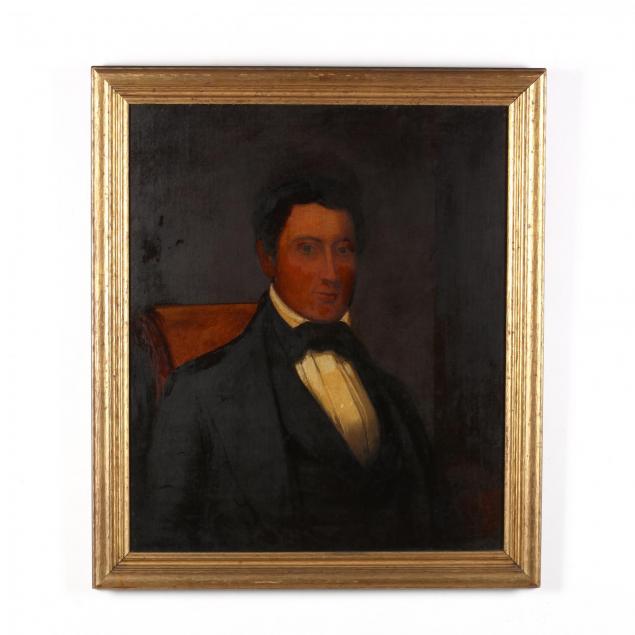