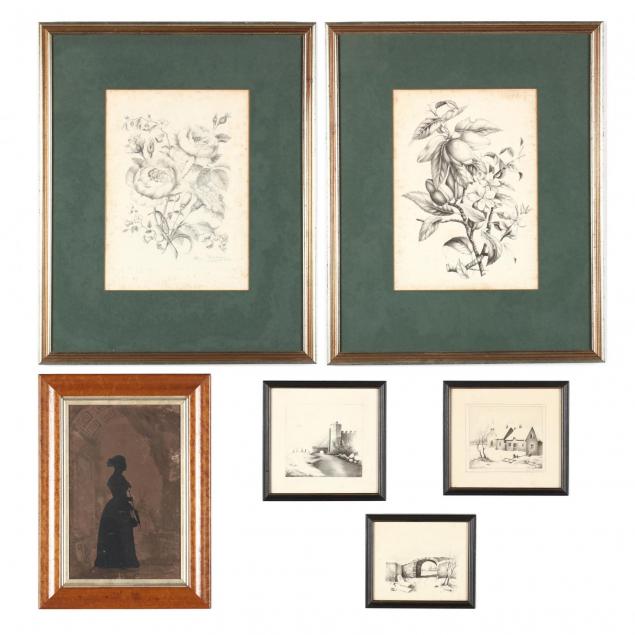 Lot 415
Six Thompson Family Artworks
Lot Details & Additional Photographs
The first a full length silhouette portrait of Margaret Ann Thompson by Auguste Edouart (1789-1861), signed and dated 1844 at lower right, the cutwork silhouette affixed to a printed classical architectural background, presented under glass in the likely original figured maple frame with gilt filet (DOA 14.5 x 10.75 in.) (tears and insect damage to background sheet, some scratches to silhouette, not examined out of the frame); and three framed graphite sketches of Continental scenes by Mary Bond Thompson, one signed M. B. Thompson on the mount, each framed under glass (DOA 7.5 x 7.75 in., 6 x 7 in, and 7.25 x 7 7/8 in.) (some foxing, not examined out of the frame); and a pair of botanical still lifes by Mary Thompson, both graphite on paper, one signed and dated Mary Thompson / Sept. 21st, 1863 at lower right, matted and framed under glass (DOA 21.25 x 17.25 in.) (extensive foxing, not examined out of the frame). 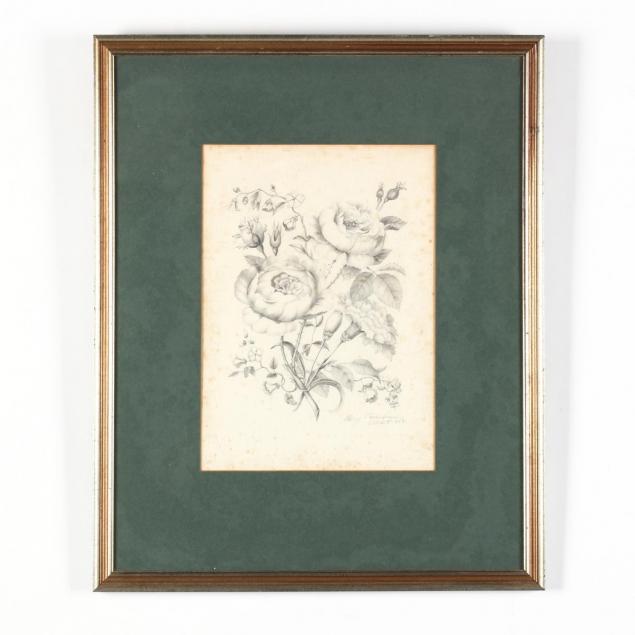 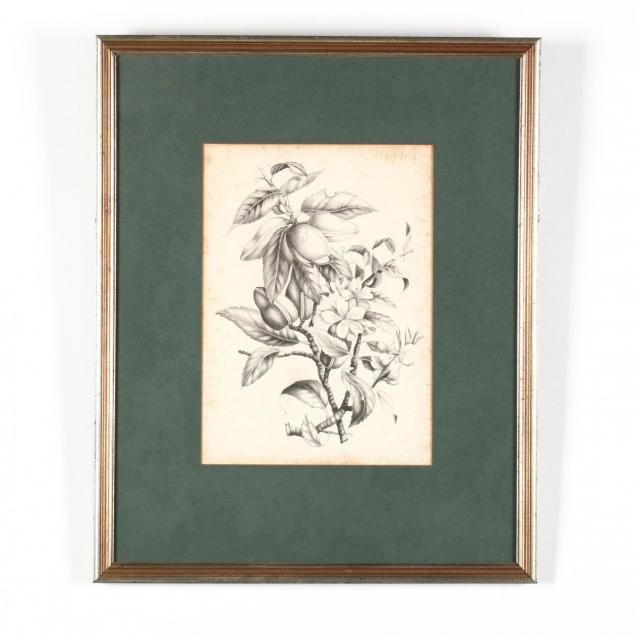 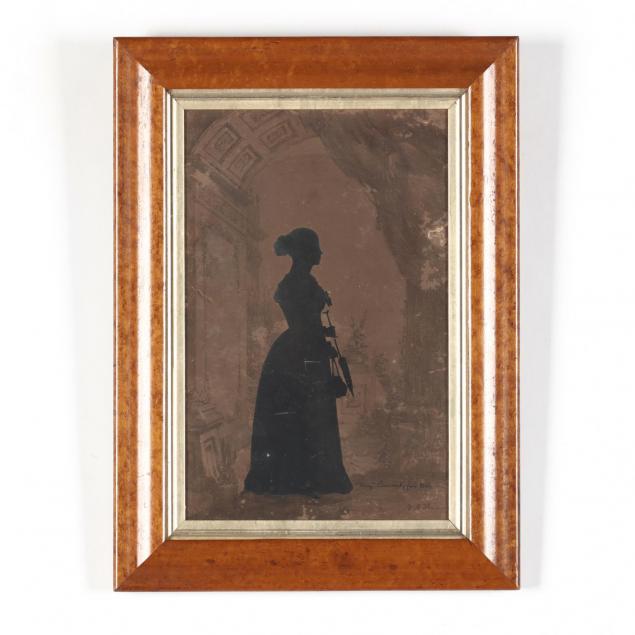 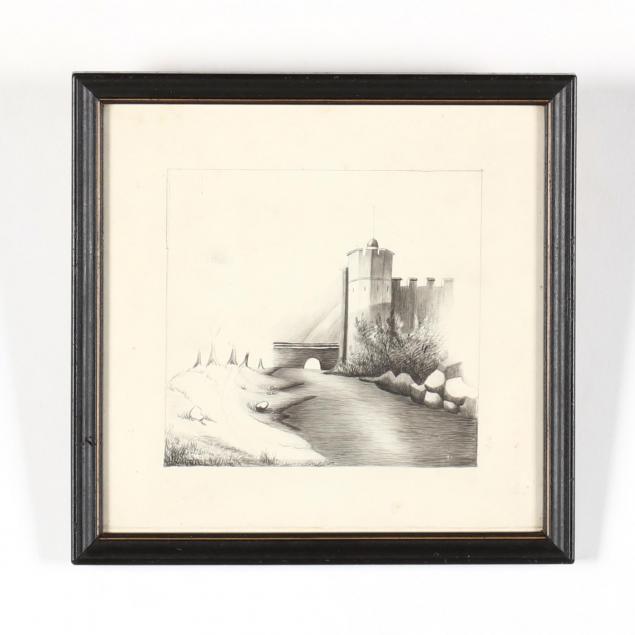 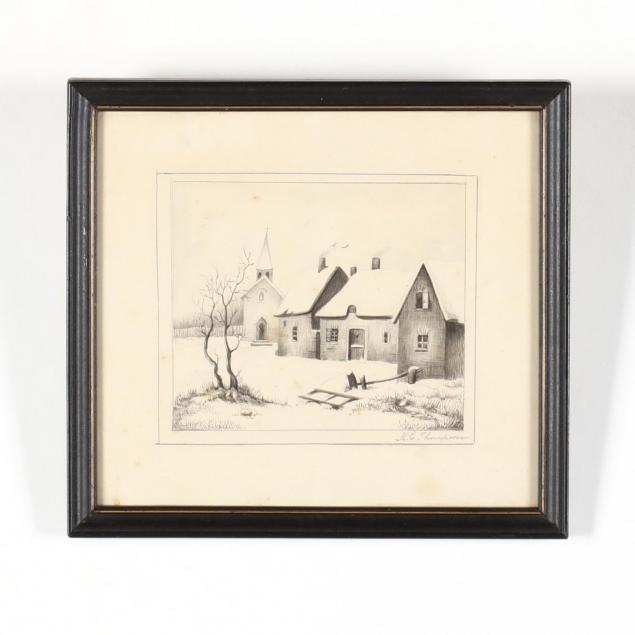 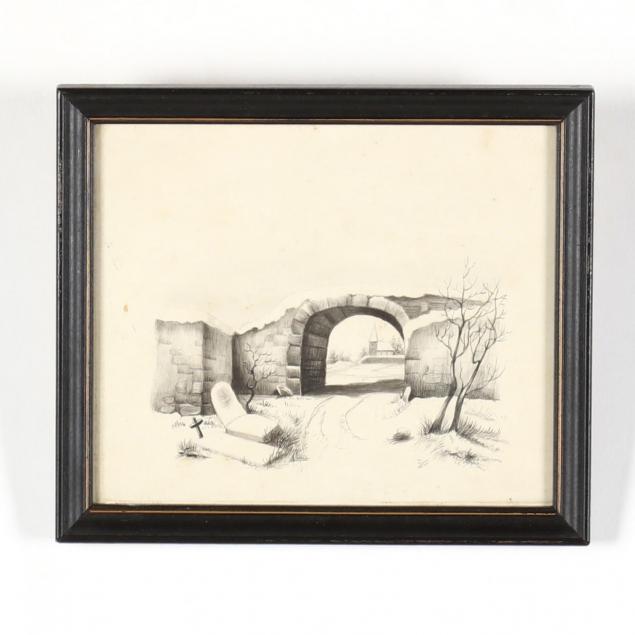