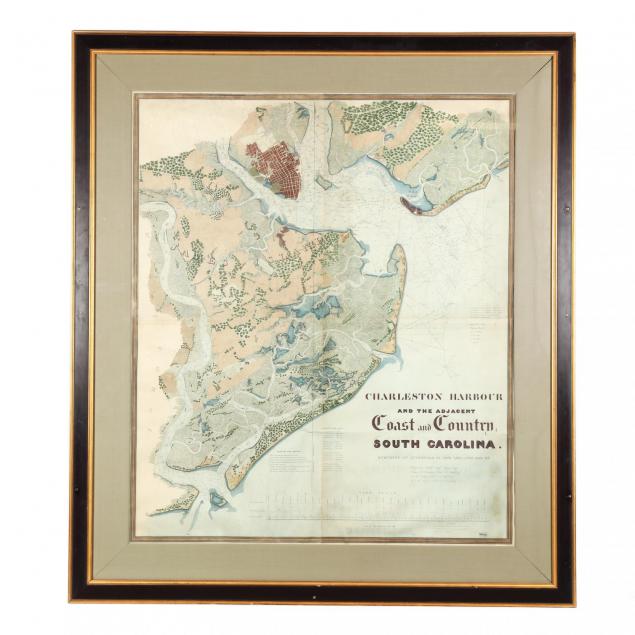 This exceedingly rare map was published two years after William J. Stone's highly acclaimed facsimile of the Declaration of Independence was completed. Though some fifty surviving copies of Stone's Declaration are known, single prints have commanded upwards of half a million dollars in recent years. Our research into the market history of Stone's Charleston map, however, has found only one other example previously being offered to the public: A copy appeared in a 1917 retail catalogue issued by the venerable Boston bookseller Goodspeed’s. The present example of Stone's map surfacing a hundred years later represents an incredible opportunity for the serious collector or institution devoted to American cartography.

The map is not laid down, however its narrow margins are spot glued at intervals to the mat above; the mat, in turn, is glued by its edges to foam core under the map. It is our opinion that the map should only be removed by a professional conservator familiar with the glues and materials involved. A random examination of the map's edge shows what appears to be a half inch margin outside the printed area. The overall condition of the work is very good; the sheet is evenly aged, showing some buckling and light creases; ghostly offsetting from text is especially evident from the bold title lines; light browning is on the central vertical fold. 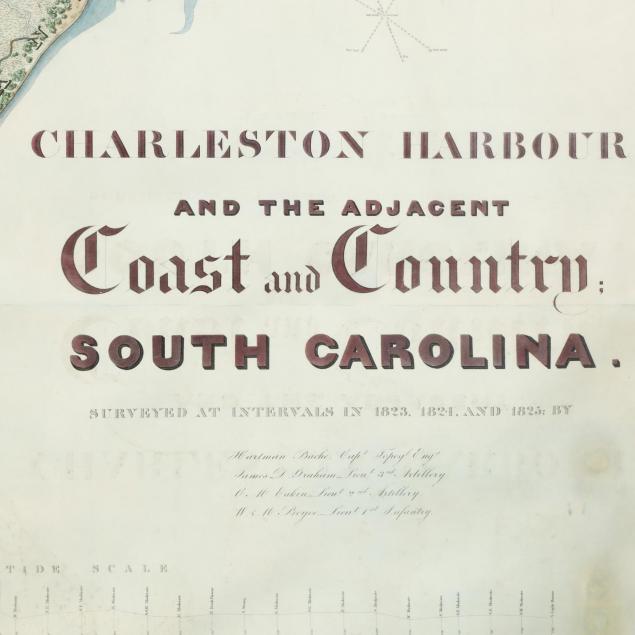 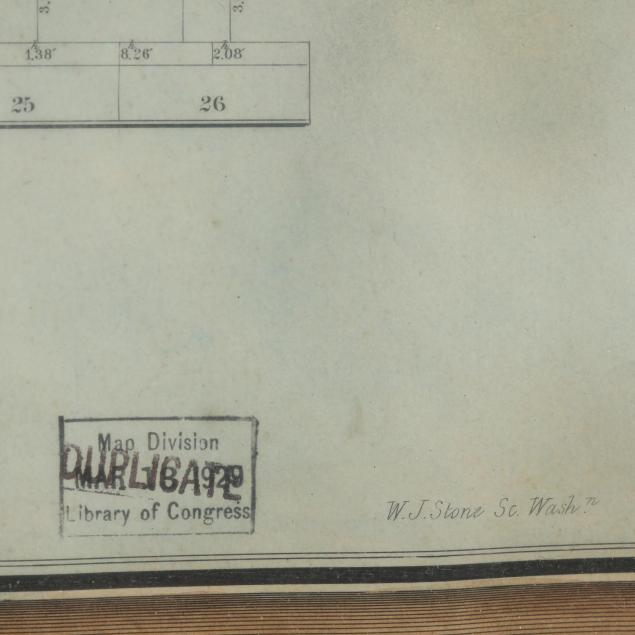 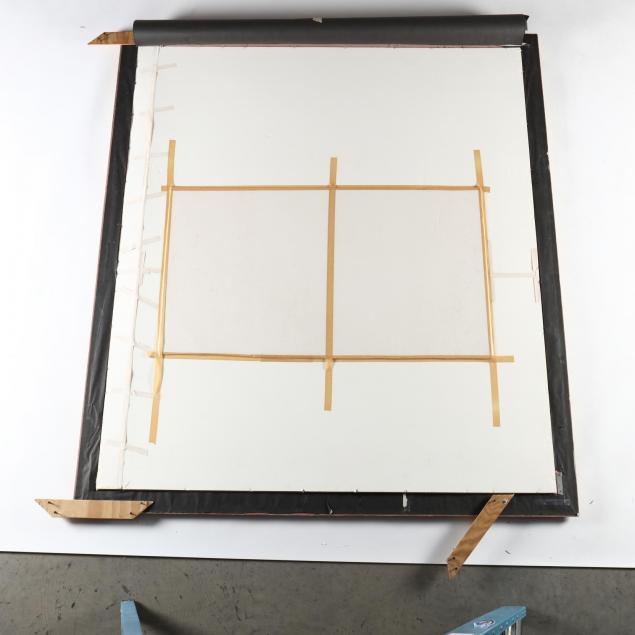 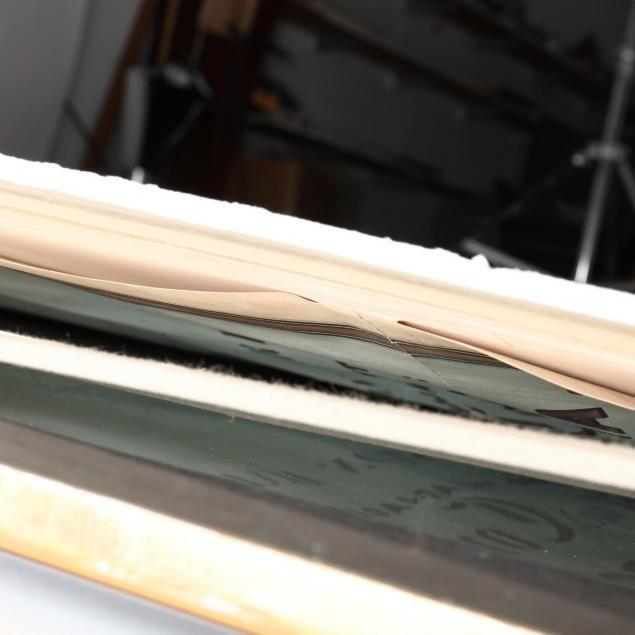 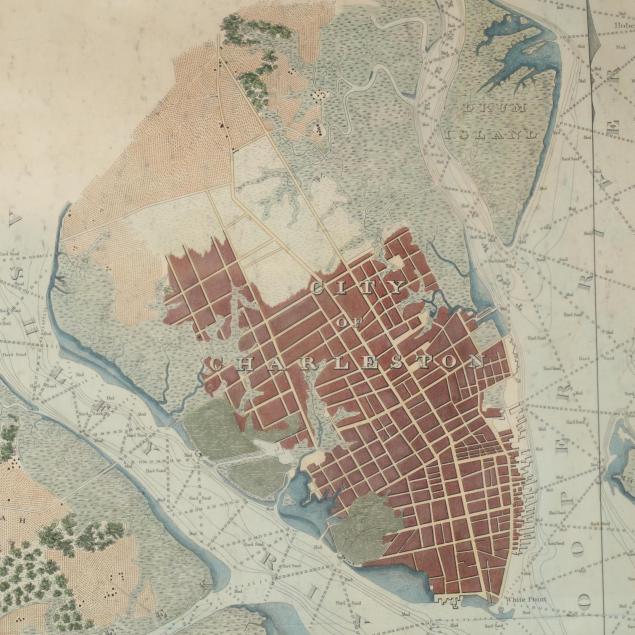 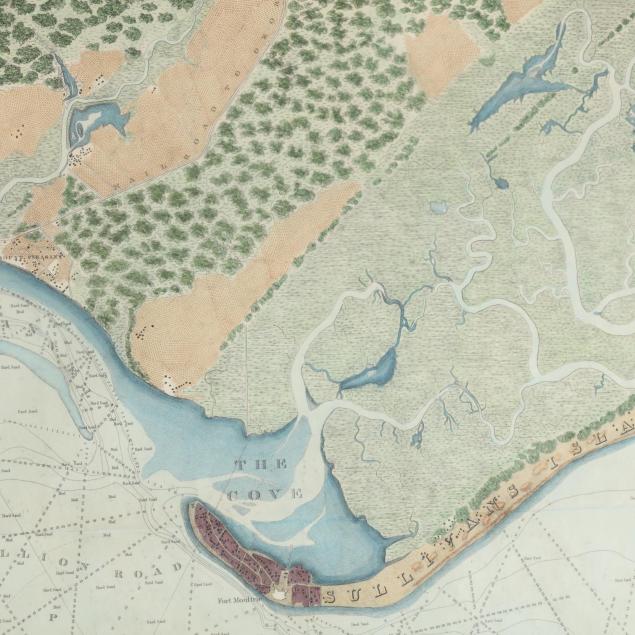 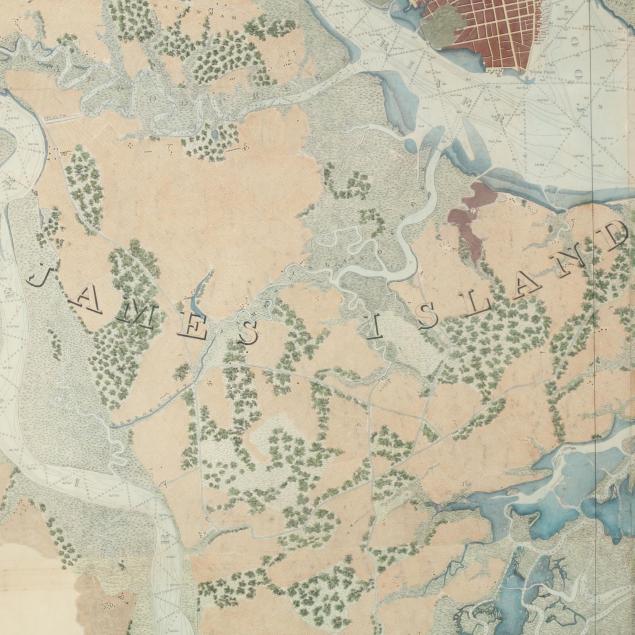 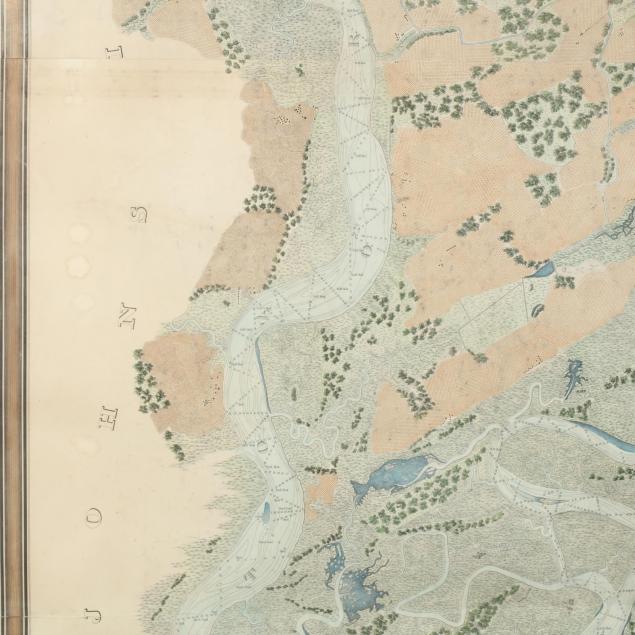 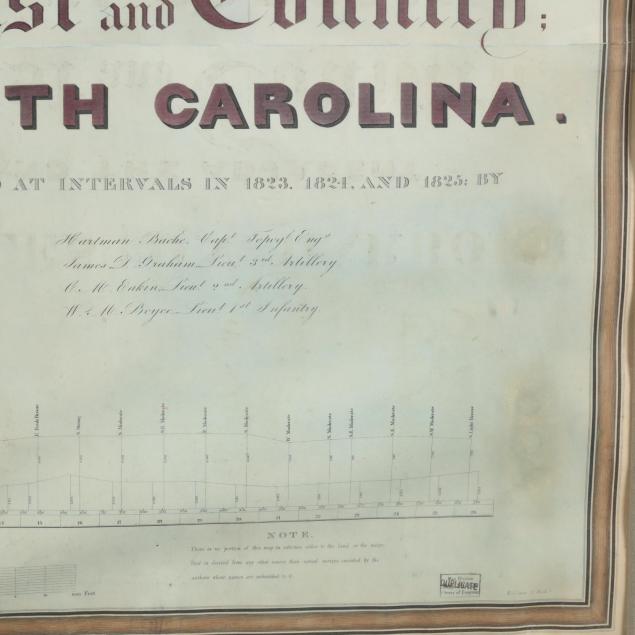 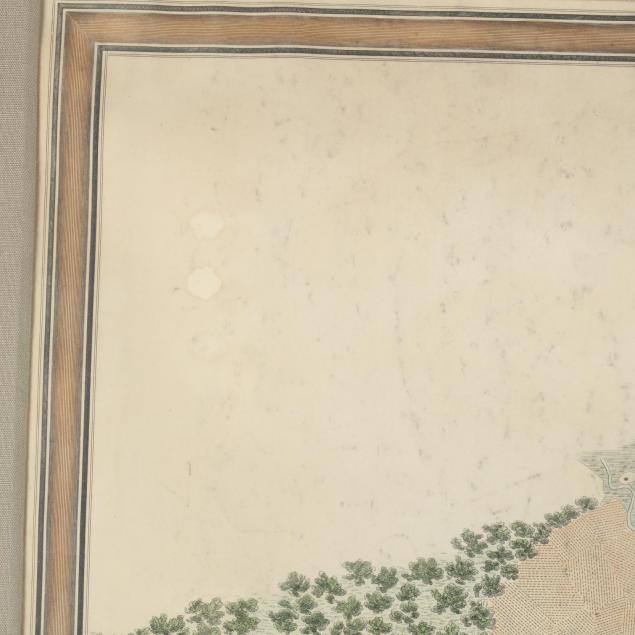