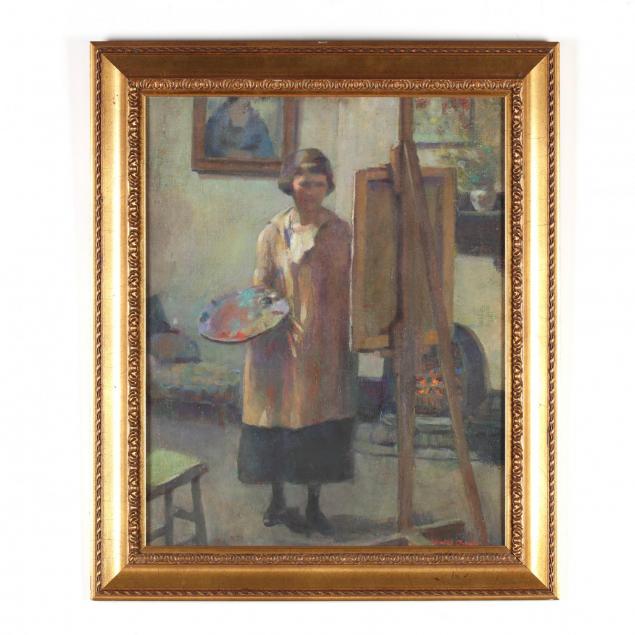 Lot 229
Mabel Pugh (NC, 1891-1986), Self Portrait in Studio
Lot Details & Additional Photographs
Oil on canvas on board, signed at lower right, presented in a later frame.

The consignor was good friends with the artist who identified this self-portrait as being painted in the 1920s while living in New York City.

Born in Morrisville, NC, Mabel Pugh studied at Peace College (then Peace Institute) in Raleigh from 1907 until 1913. After leaving Peace, she continued her art studies at Columbia University, the Art Students League (New York), and the Pennsylvania Academy of Fine Arts. Her work was very well received, with numerous woodblock prints and paintings exhibited across the country and gracing numerous book jackets. She returned to Raleigh in the 1930s where she served as head of Peace College's Art Department from 1938 until 1960. 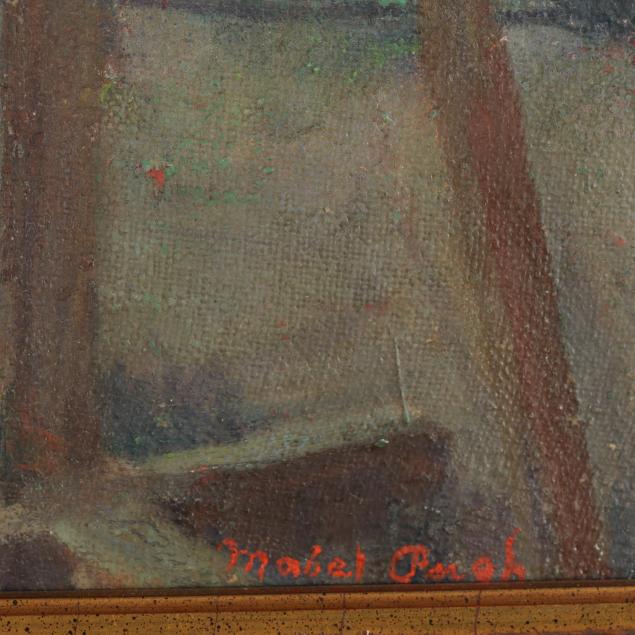 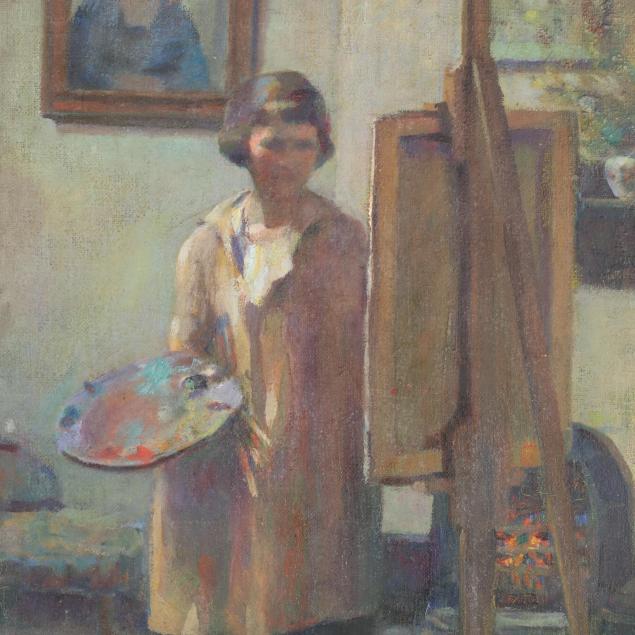