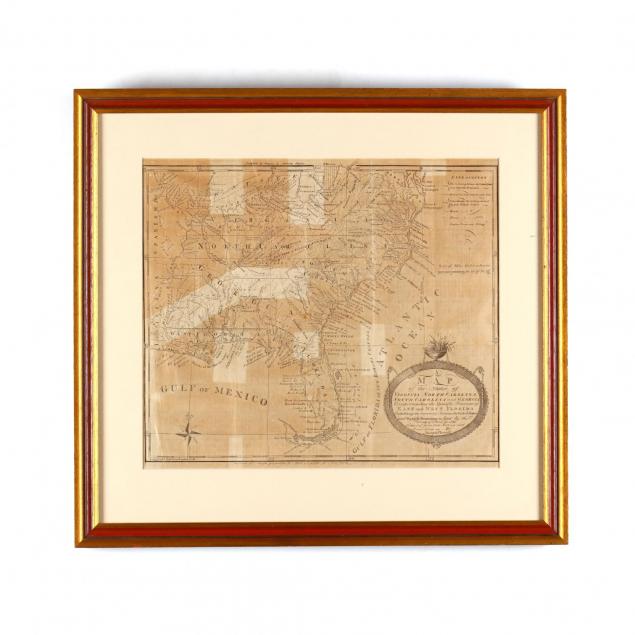 Lot 1010
A New Map of the States of Virginia North Carolina South Carolina...
Lot Details & Additional Photographs
...and Georgia Comprehending the Spanish Provinces of East and West Florida Exhibiting the boundaries between the United States and Spanish Dominions as fixed by the Treaty of Peace in 1783 / Compiled from late surveys and descriptions By Joseph Purcell, from Morse's Geography, 1792, engraved by Amos Doolittle, New Haven. Presented behind mat in a modern gilt wooden frame.

The Southern states east of the Mississippi are shown with the political boundaries that existed during George Washington's first administration. Of particular interest is the "Country of Frankland," which would become East Tennessee in due course.

The Lifelong Collection of Keith and Caroline Gray, Charlotte, NC. Keith and Caroline Gray were passionate about antiques, art, and history. Together they attended antique shows and auctions for decades – assembling a collection particularly strong on American coin silver, Asian art, historical documents, early images, and English ceramics. Both were longtime supporters of the Mint Museum in Charlotte, with Caroline serving in multiple capacities from docent to a member of the acquisitions board and trustee. Caroline translated her love of material culture into a successful career, becoming a certified property appraiser in Charlotte.

Examined out of the frame; the map is professionally mounted as a loose sheet and is not laid down; fold creases and browning. 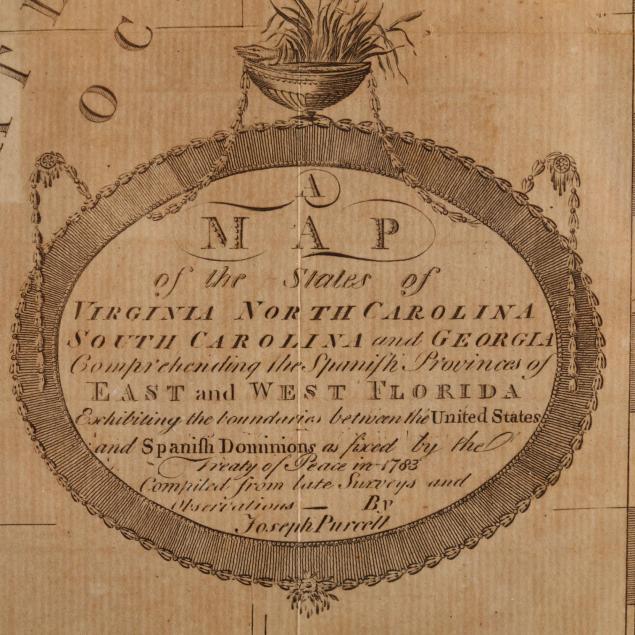 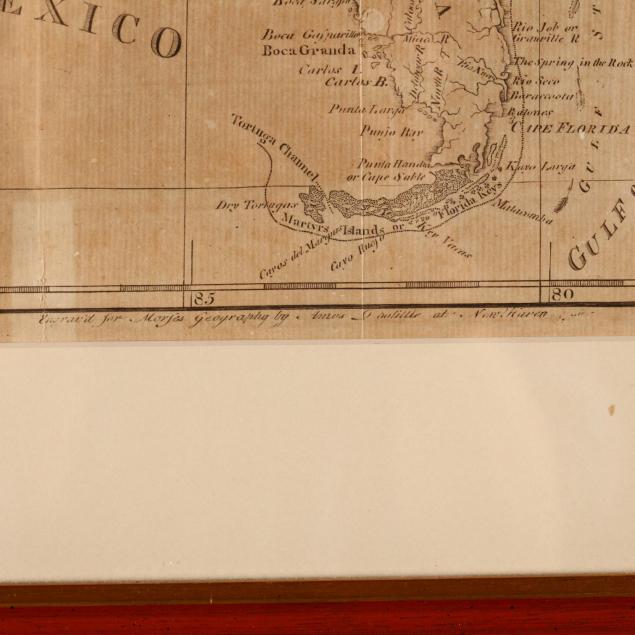 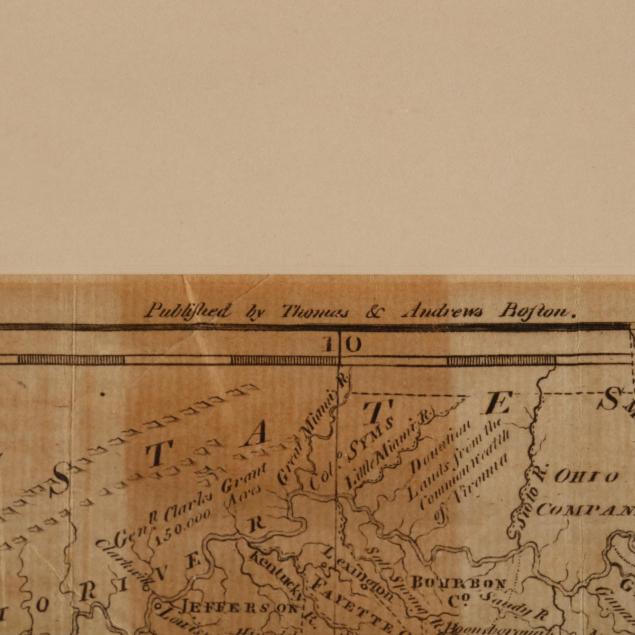 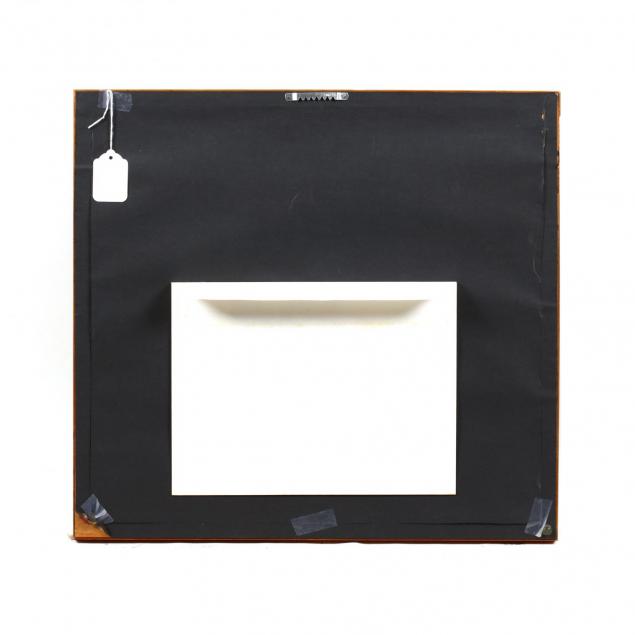