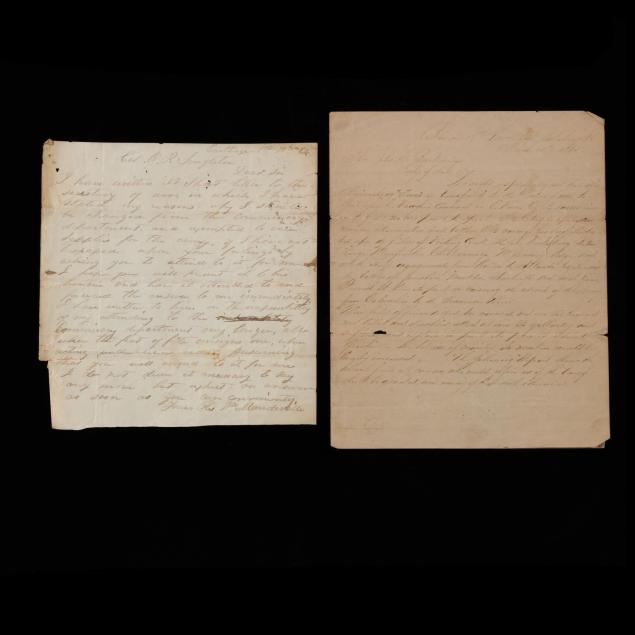 Lot 1061
Two Late War Letters Petitioning the Confederate Secretary of War
Lot Details & Additional Photographs
The first letter is signed by Colonel Carrick W. Heiskell and Lt. Colonel James G. Deaderick, Bivouac 19th Tennessee Infantry, Salisbury, North Carolina, March 14, 1865, to Secretary of War John C. Breckinridge, two pages, quarto, reading in small part, "We would rspectfully ask that this Regiment (19th Tenn) be transferred to the cavalry and to Genl. John Q. Vaughn's command in E. Tenn. Of its career since in the field we are proud to speak. Its history is filled with marches skirmishes and battles. Its courage has been illustrated upon the fields of Fishing Creek, Shiloh, Vicksburg, Baton Rouge, Murfreesborro, Chacamauga, Missionary Ridge and all the sharp engagements from Dalton to Atlanta together with the battles of Jonesboro, Franklin, Nashville and with Gen. Forest...its part in covering the retreat of the Army from Columbia to the Tennessee River. Three field officers killed, two wounded and over six hundred men killed and disabled attest at once its gallantry and suffering and explain in part its present reduced effectives. We believe if mounted the numbers would be largely increased... (much faded with two splits, fair condition); the second letter is to Colonel O. R. Singleton from William Mandeville, Carthage, North Carolina, November 19, 1864, saying he has requested military exemption from the Secretary of War in order to "raise supplies for the army. (moderate fading, else good condition).

The Lifelong Collection of Keith and Caroline Gray, Charlotte, NC. Keith and Caroline Gray were passionate about antiques, art, and history. Together they attended antique shows and auctions for decades – assembling a collection particularly strong on American coin silver, Asian art, historical documents, early images, and English ceramics. Both were longtime supporters of the Mint Museum in Charlotte, with Caroline serving in multiple capacities from docent to a member of the acquisitions board and trustee. Caroline translated her love of material culture into a successful career, becoming a certified property appraiser in Charlotte. 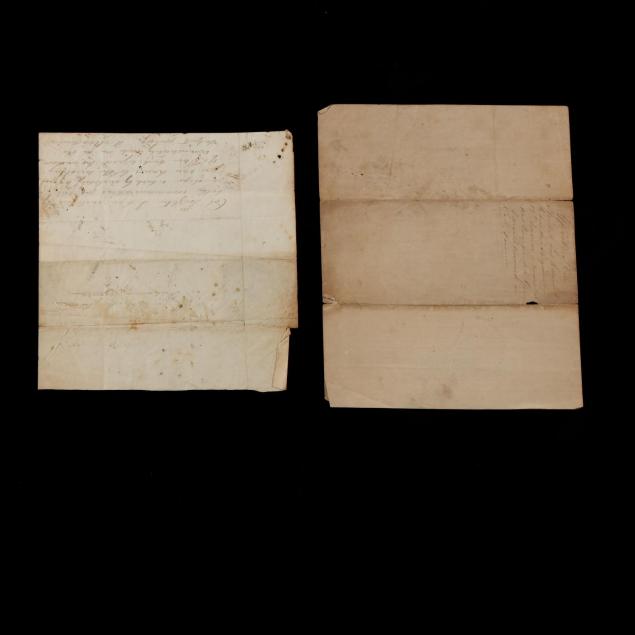