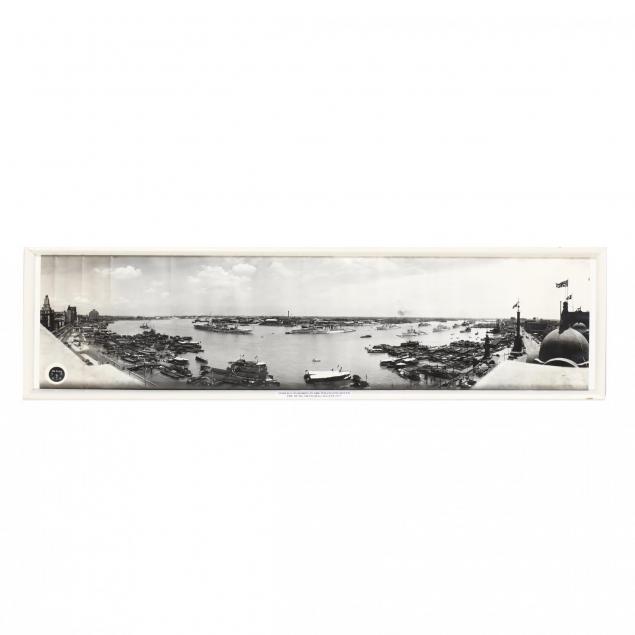 Lot 392
Rare Panoramic Photograph of Shanghai's Waterfront in 1937
Lot Details & Additional Photographs
Foreign Warships in the Whangpoo River, The Bund, Shanghai, August 1937, silver gelatin print with illegible signature over "Cornell '04 in lower right, an extended caption pasted to the frame's wooden backing describes the view as "...Battleship Row with the warships of many nations at anchor." An inscribed note penned by the consignor on the back reads, "My grandfather was Admiral Harry E. Yarnell the commander in chief, U. S. Navy Asiatic Fleet. His flagship was the cruiser U.S.S. Augusta, here pictured." The image is secured by its edges within a white wooden frame lacking glass as made. It is not laid down.

An exceptional view dating to the opening of the Sino-Japanese War, which was, as the consignor states in a letter, "...the effective start of World War II...At the time I was a child in Shanghai, we being evacuated to Manila as the fighting began." 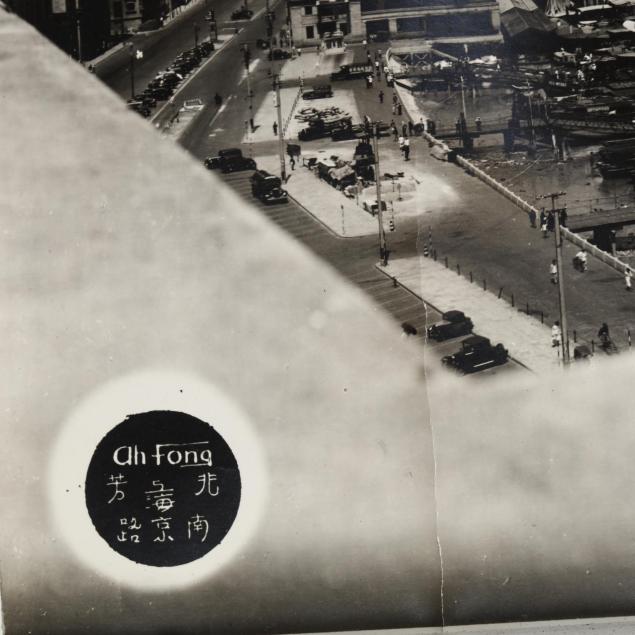 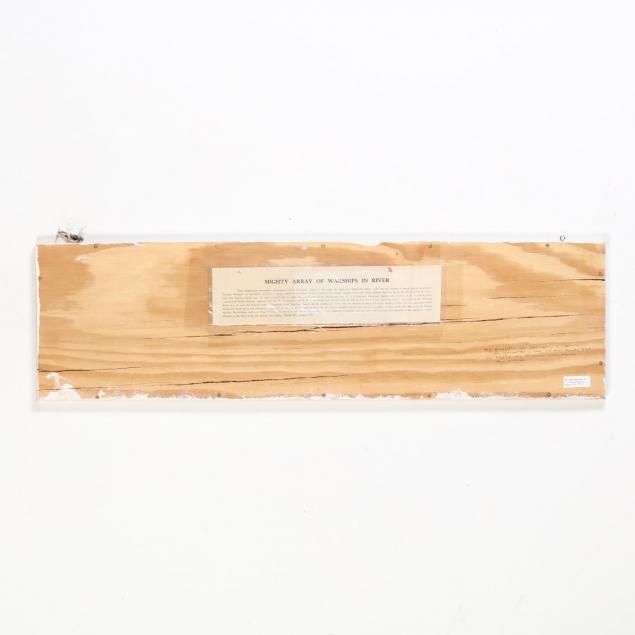