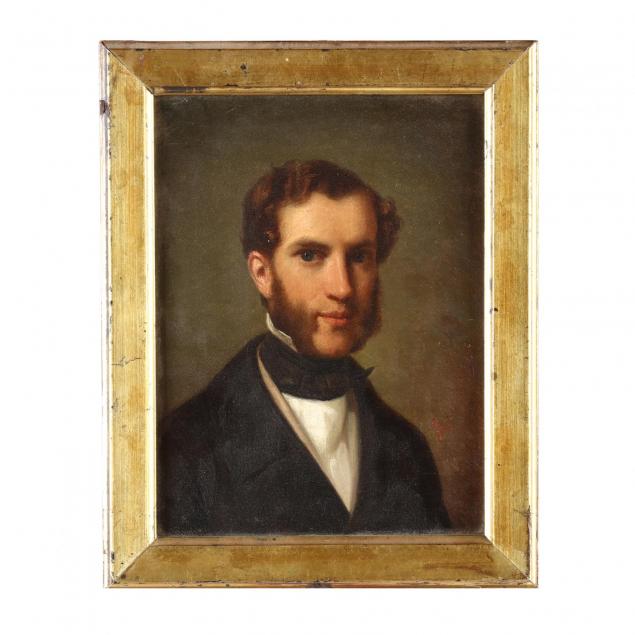 This portrait was likely completed in Paris, when Balabin (1811-1864) was serving as secretary of the Russian ambassador.

Born in Rome, Luigi Rubio was living in Paris between 1830 to 1848. He exhibited several history paintings at the Paris salons and was a sought after portrait artist.

Minor rubbing and chipping to frame. 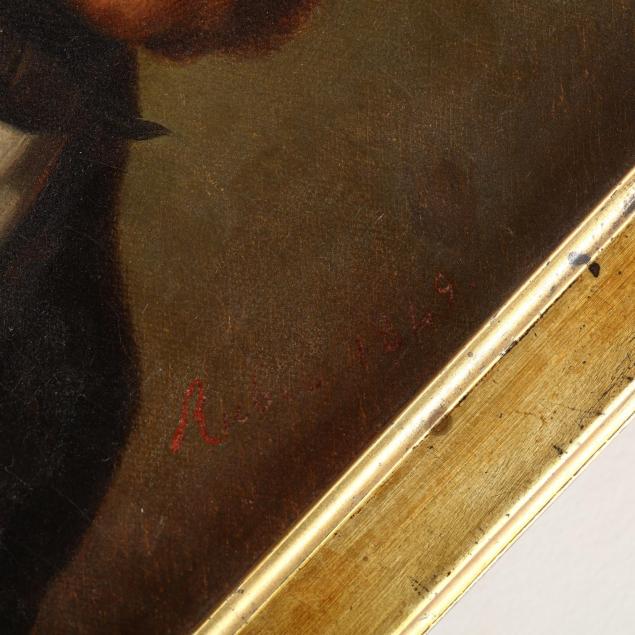 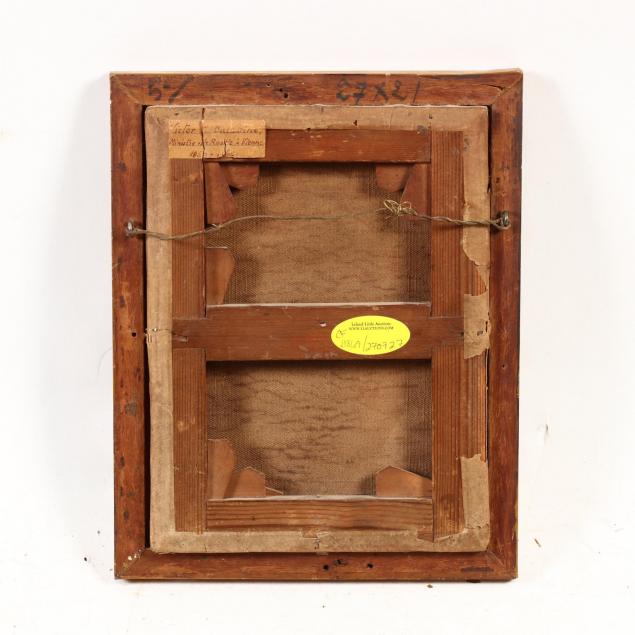