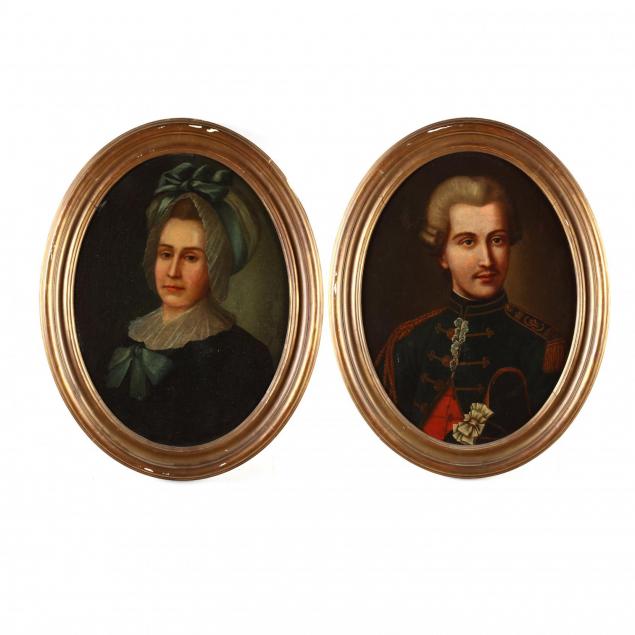 Lot 355
An Antique Portrait of an Imperial Russian Army Officer and His Wife
Lot Details & Additional Photographs
Oil on canvas (lined), late 18th century, the portrait of the man is inscribed on the verso in Cyrillic "Nikanor Ivanovich Oznobishin / Poruchik of the Guards" and the portrait of the woman is inscribed "Anna Ivanovna Oznobishina nee Khomutova," each presented in period gilt composition frames.

The epaulette identifies the man as a Poruchik (Senior Lieutenent) in the Imperial army and incorporates the monogram of Catherine the Great.

Scattered re-touch and some yellowing to varnish; scattered white spots to surface. 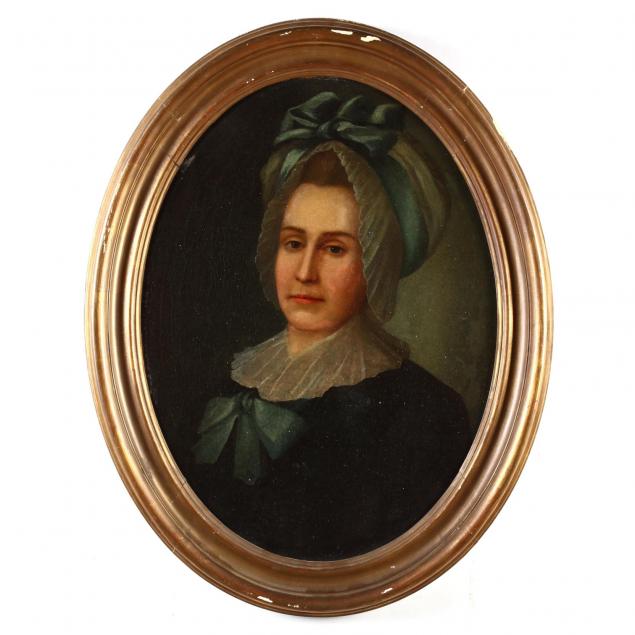 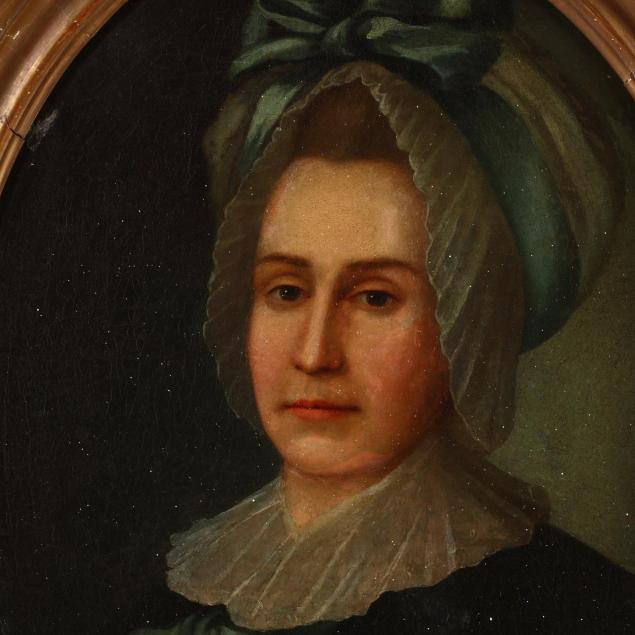 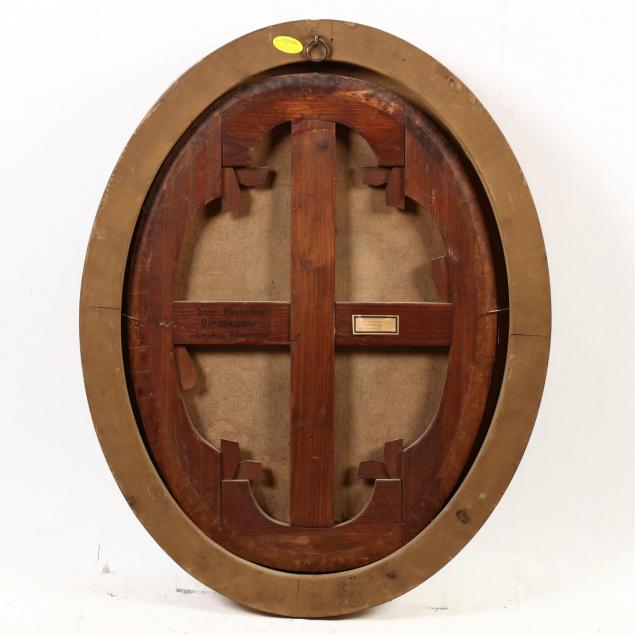 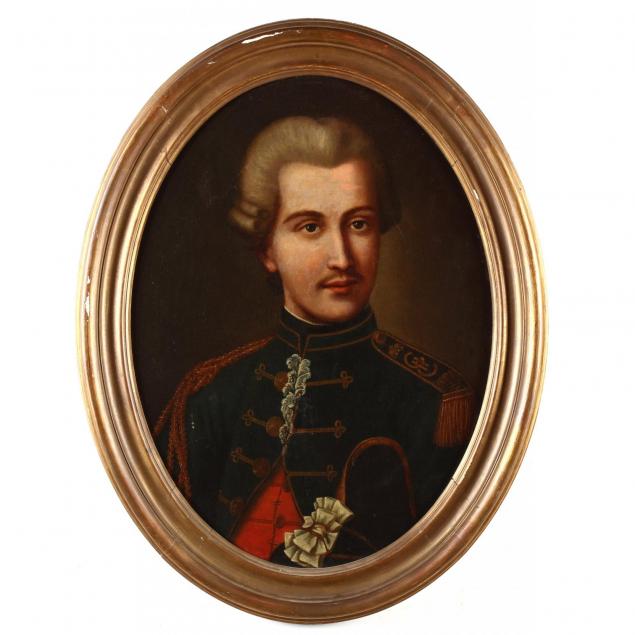 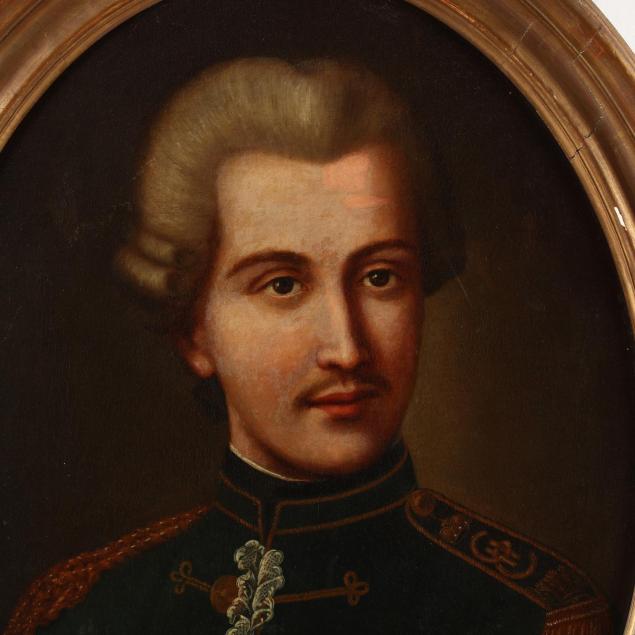 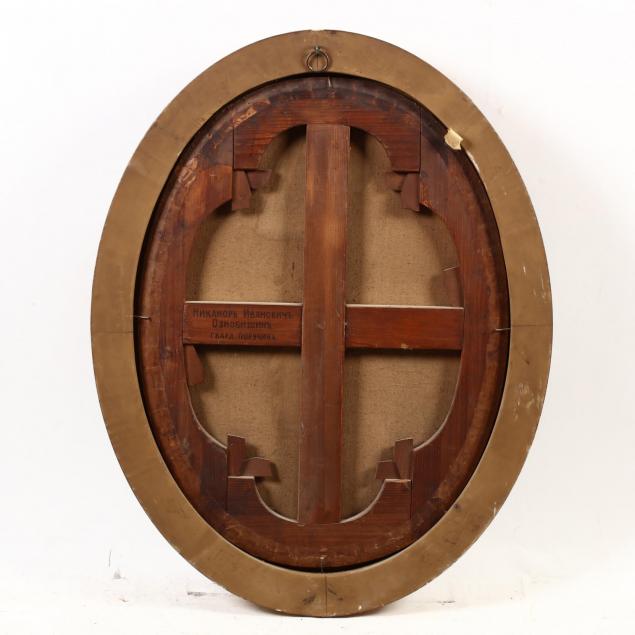