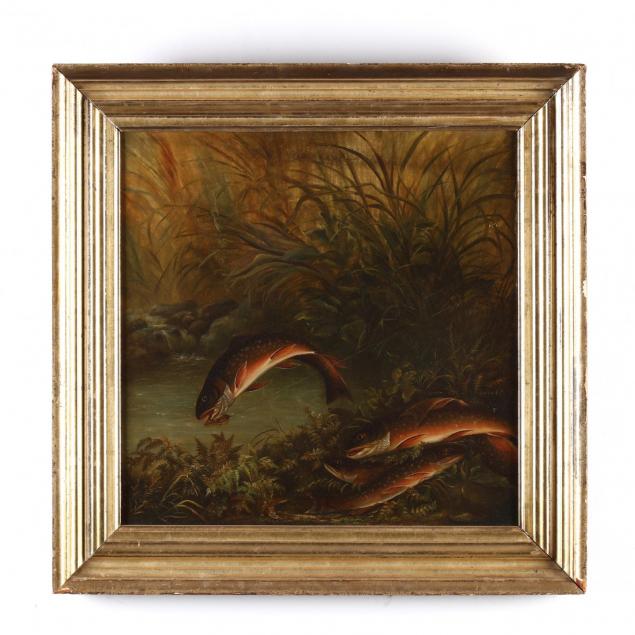 A variation of this leaping trout by Kilbourne graced the cover of the Orvis Catalogue for decades. It is said that he was allowed to paint copies of the fish, but was not allowed to sign the subsequent works. The present painting is a particularly fine example of this popular subject featuring very well developed woodland foliage and a small cascade in the background. 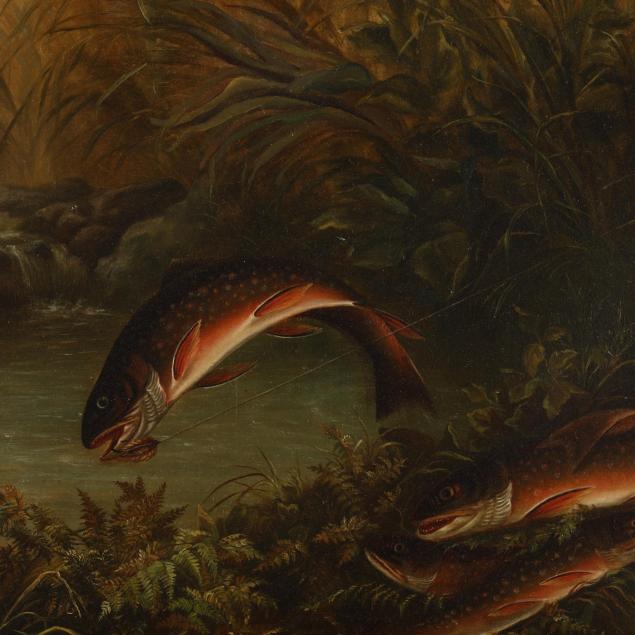 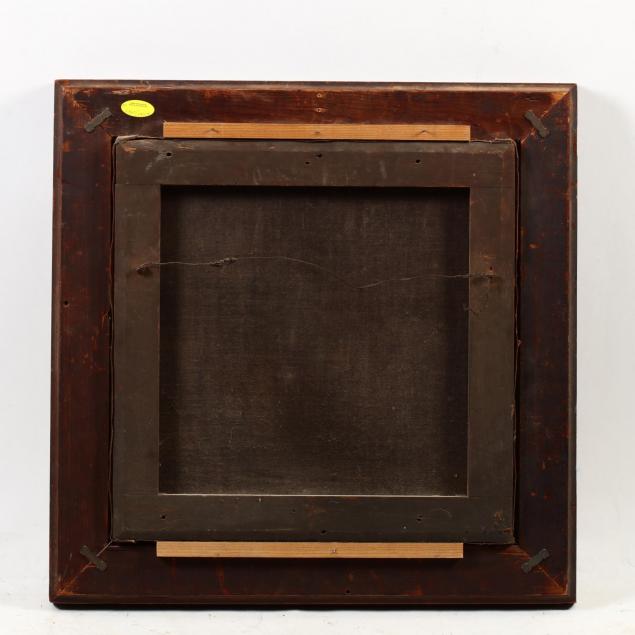