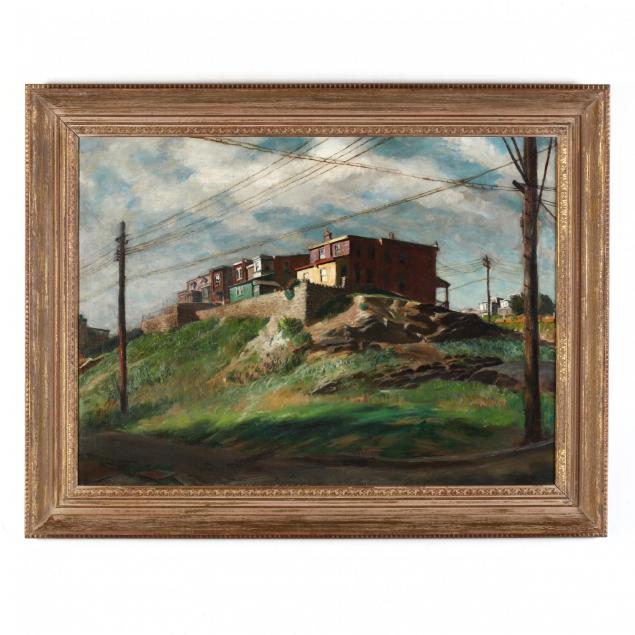 A hand-written label affixed to the verso indicates this was painted "about 1942" and depicts "Dexter Street near Schurs Lane." 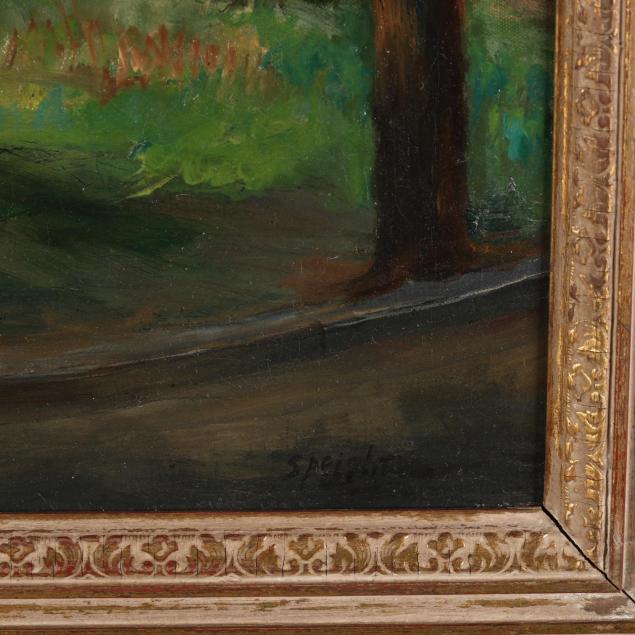 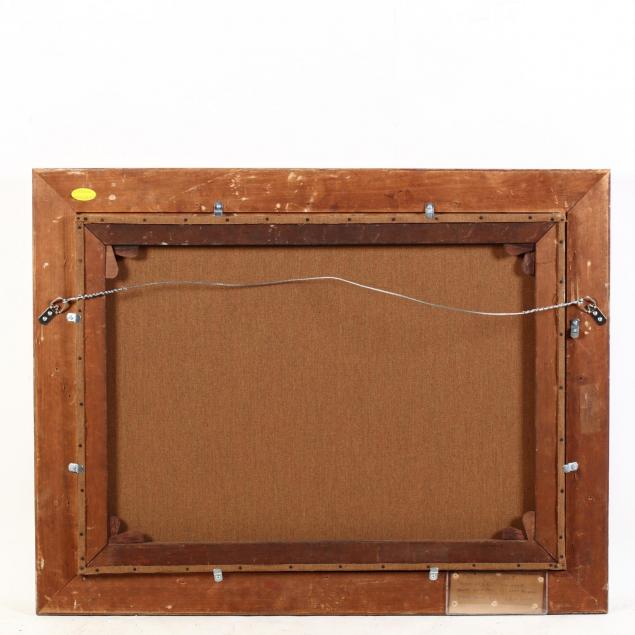 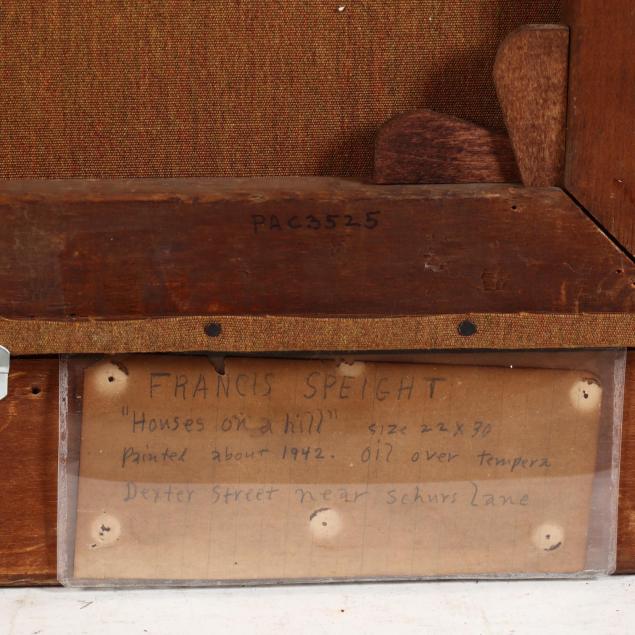