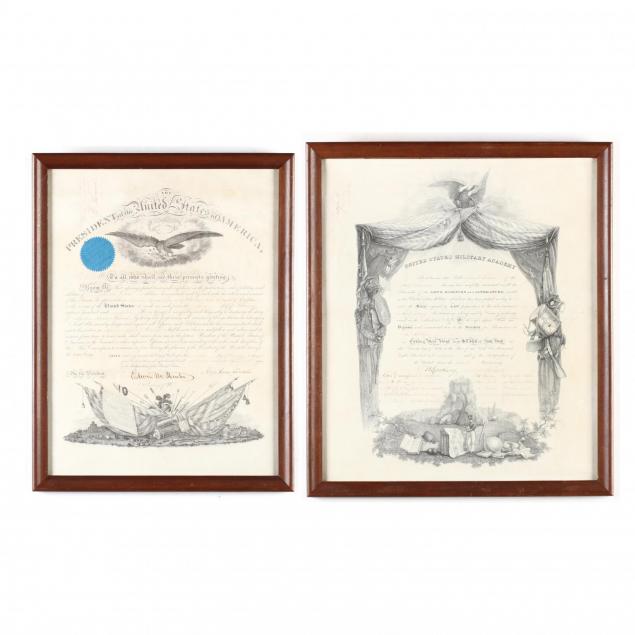 Lot 436
Two Military Certificates From a New York Family, One Signed by Abraham Lincoln
Lot Details & Additional Photographs
Both partially printed on vellum, as follows: the first a United Stated Military Academy diploma awarded to John W. Judson, one page, folio, West Point, New York, July 10, 1836, signed by Superintendent René Edward De Russy and nine instructors, one of whom was Robert Anderson of Fort Sumter fame. Presented in a plain wooden frame (DOA 22 X 19 in.) (laid to a board; some fading to manuscript elements, else very good condition); the second an Abraham Lincoln Document Signed, one page, folio, Washington, D.C., February 6, 1862, being a military appointment naming John A. Judson Assistant Adjutant General of Volunteers with the rank of Captain, countersigned by Secretary of War Edwin Stanton. Presented in a plain wooden frame (21 x 16.25 in.) (laid to a board; light soiling; the manuscript elements moderately faded, however the signatures of Lincoln and Stanton remain bold; overall very good condition).

John Work Judson (1810-1878) left West Point after graduation to pursue a civil engineer's career in Oswego, New York. He did, however, serve in New York militia prior to the Civil War and was engaged in military engineering during the war. His eldest son, John A. Judson enlisted as a Captain of U.S. Volunteers in 1862 at the age of 21. Captain Judson was captured early on, was exchanged for a North Carolina POW, and went on to serve for the war's duration. 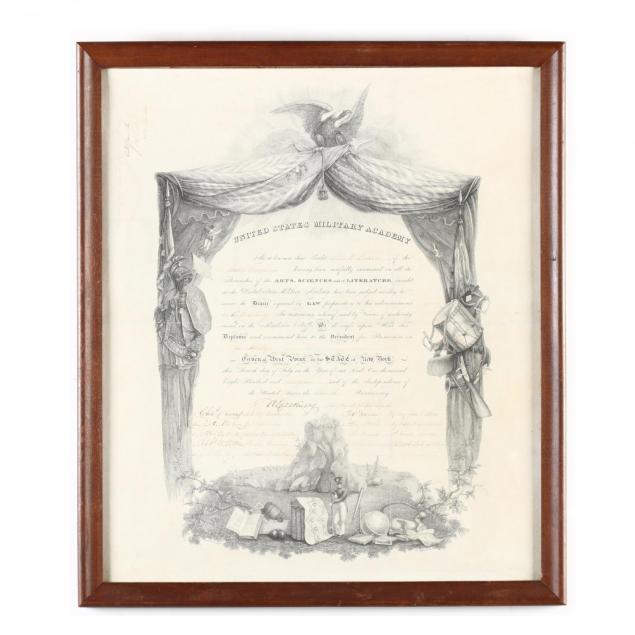 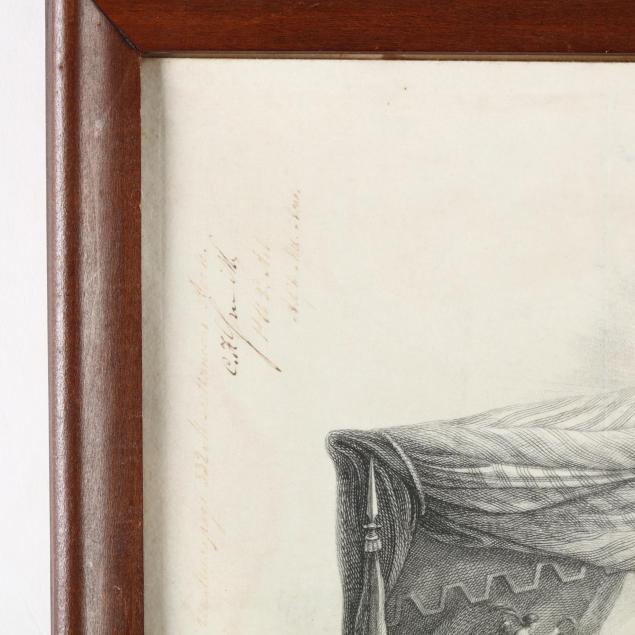 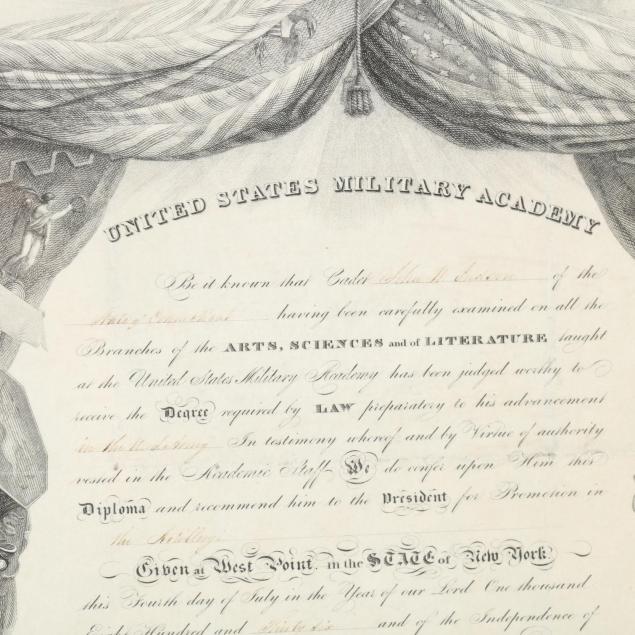 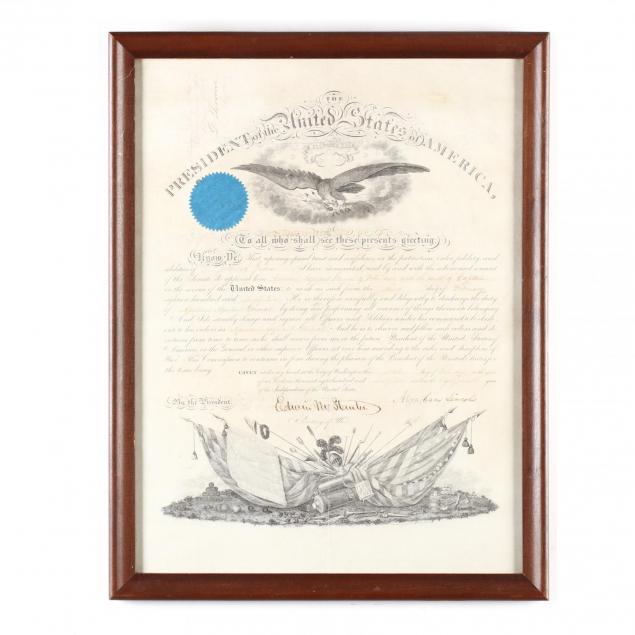 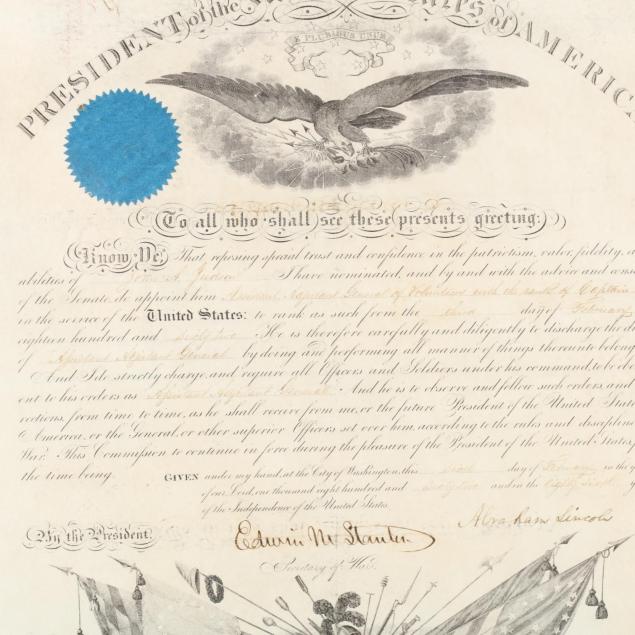 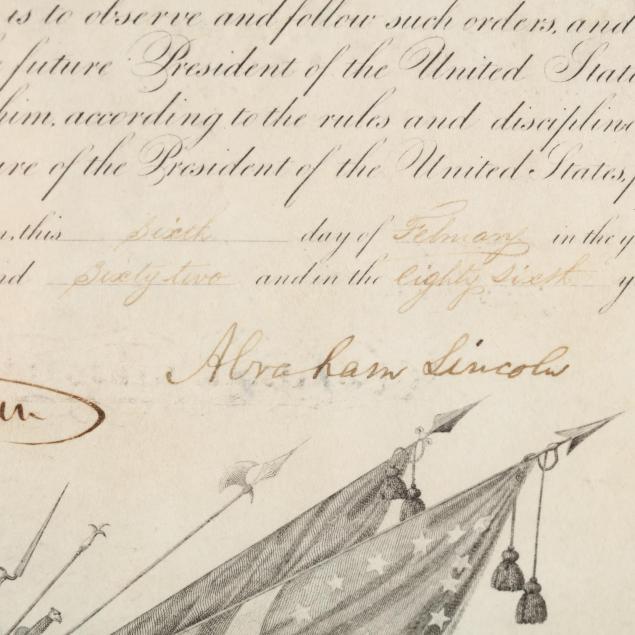