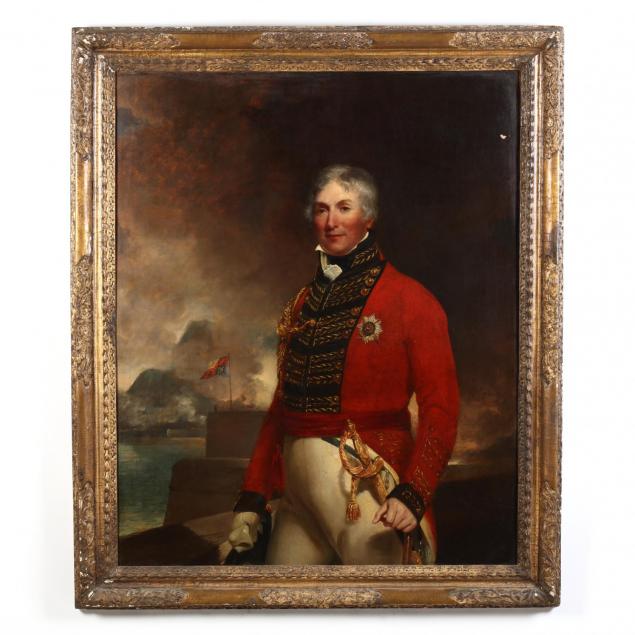 Lot 335
Sir John Watson Gordon (Scotland, 1788-1864), Portrait of General Sir John Fraser
Lot Details & Additional Photographs
Oil on canvas (lined), unsigned, a three-quarter length figure of the general before the Montagu Bastion and the Rock of Gibraltar, presented in a period frame retaining two typed labels, one label reading "This portrait was painted after 1809 to commemorate an incident of the Siege of Gibraltar when General Fraser was wounded as Lieutenant in the 73rd Regiment." 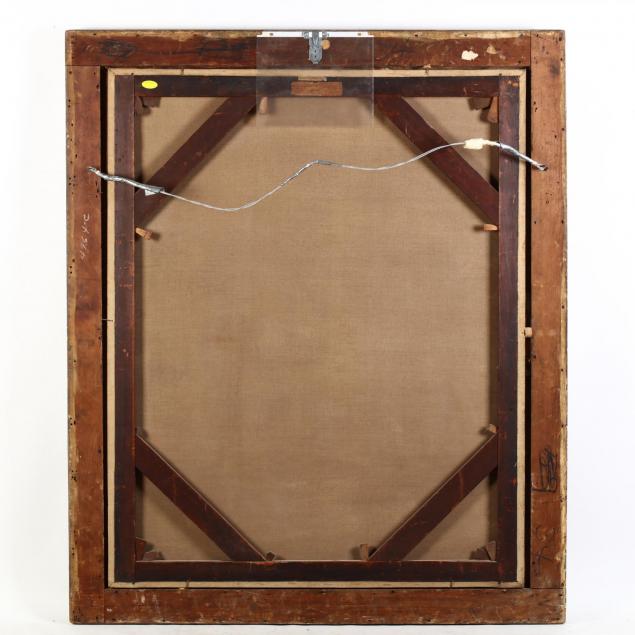 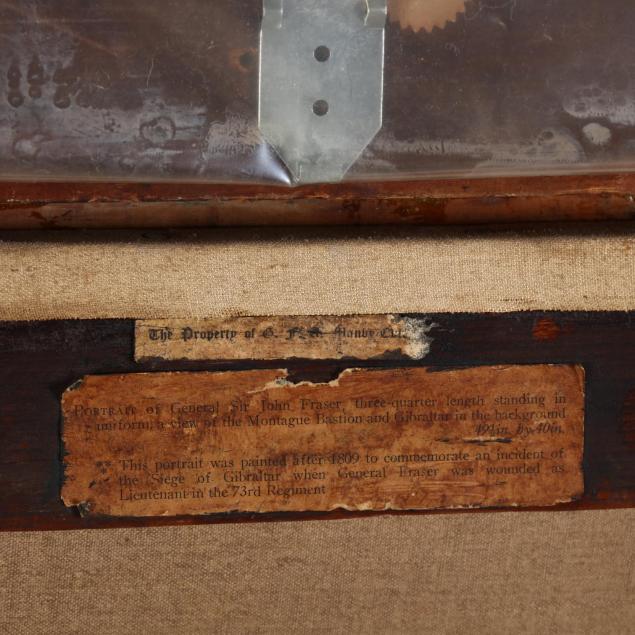