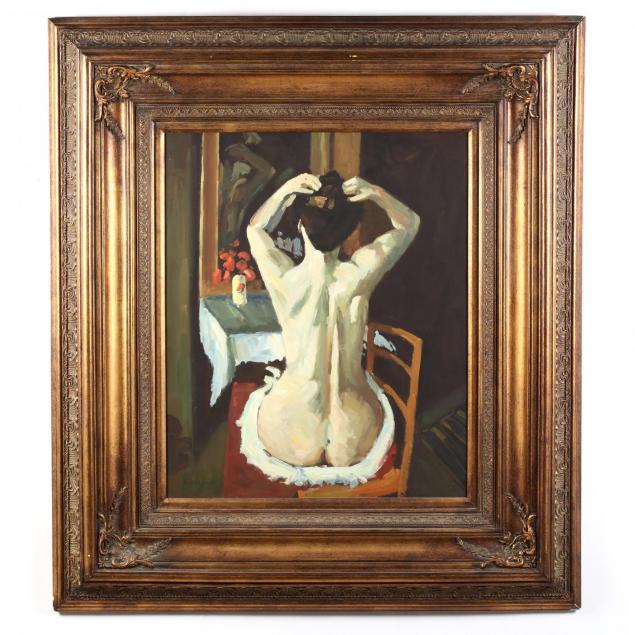 This is a copy of the painting by Matisse, completed in 1901, and currently on display in the National Gallery of Art, Washington, D.C. An intimate domestic scene, Matisse depicts his wife, Amélie, arranging her hair before a mirror. 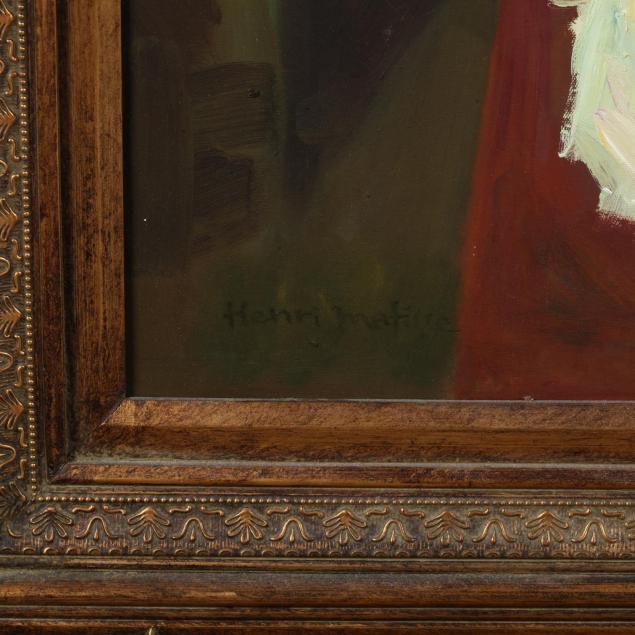 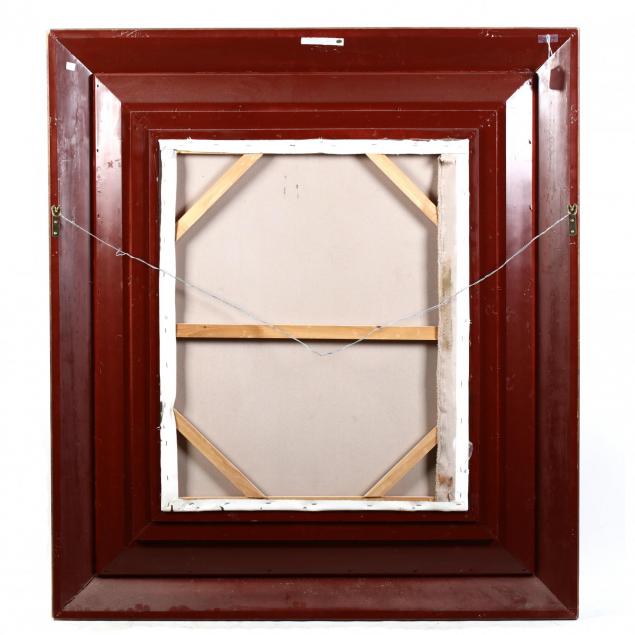