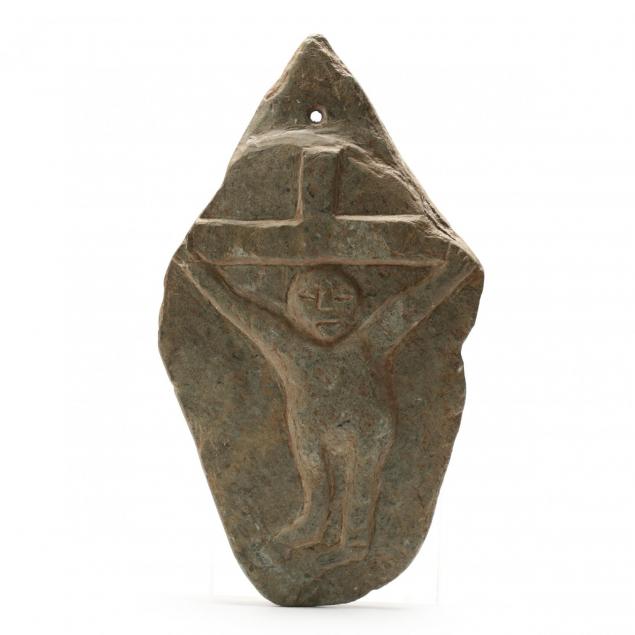 Coins works are featured in the American Folk Art Museum. After retiring from a career of farming and work in a tobacco warehouse, Raymond Coins found he was bored and restless. So the Virginia-born resident of rural North Carolina started carving stones in imitation of the Native American arrowheads, tomahawks, and later, his "baby doll" images.

No condition concerns; as made. 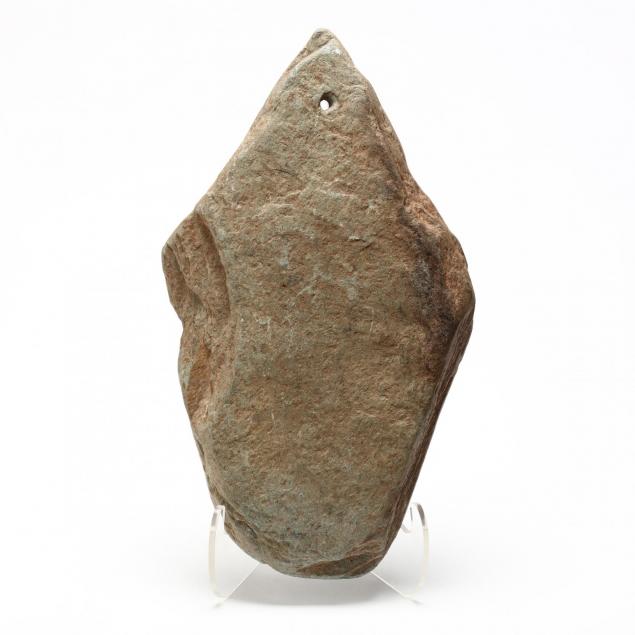 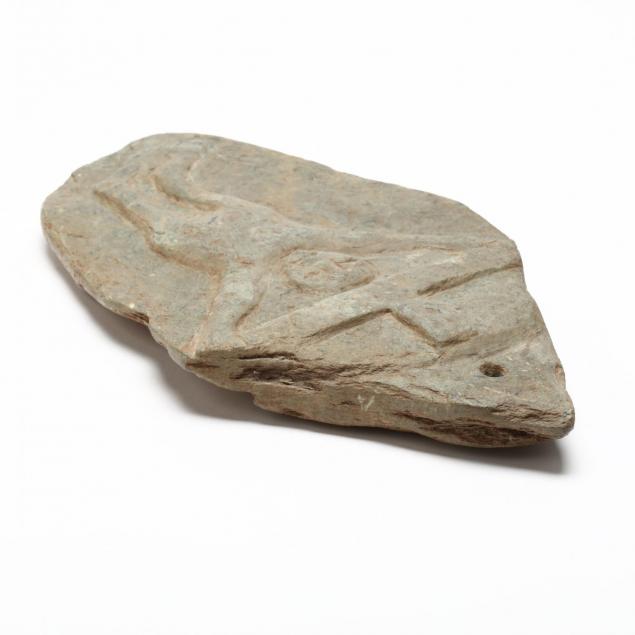