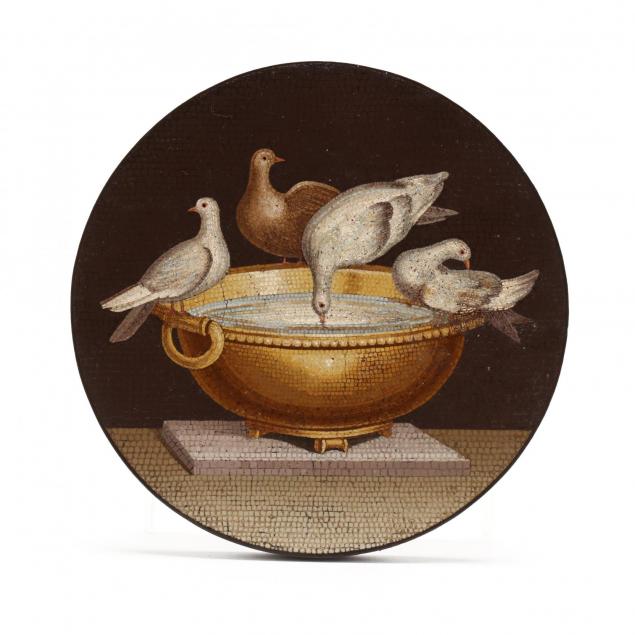 Many such roundels were crafted in Rome during the 18th century and 19th centuries as souvenirs of the "Grand Tour." Raffaelli specialized in the technique of using glass, rather than stone, as tesserae for these intricate micromosaics. Both the Victorian & Albert Museum in London and the Metropolitan Museum of Art in New York have smaller examples of this popular subject in their collections. The image, often referred to as either The Doves of Pliny or The Capitoline Doves, comes from a Roman floor mosaic discovered in 1737 at Hadrian's Villa in Tivoli. The Roman mosaic is believed to be a copy of a lost ancient Greek mosaic at Pergamon and described by Pliny the Elder in his Natural History. 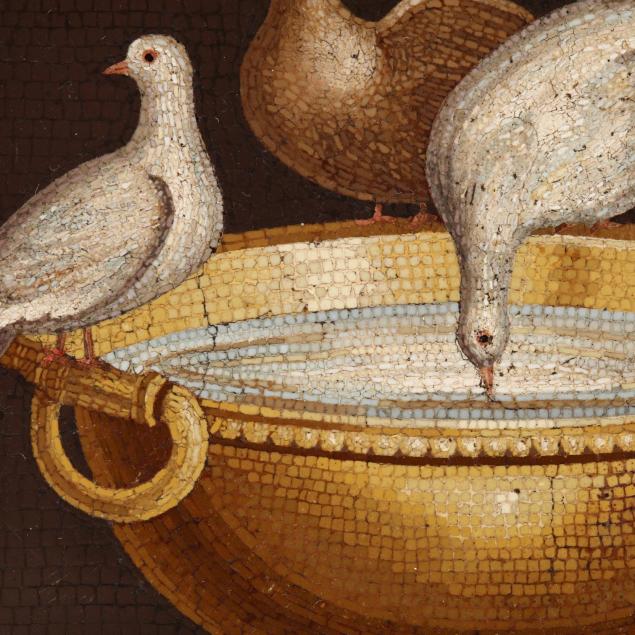 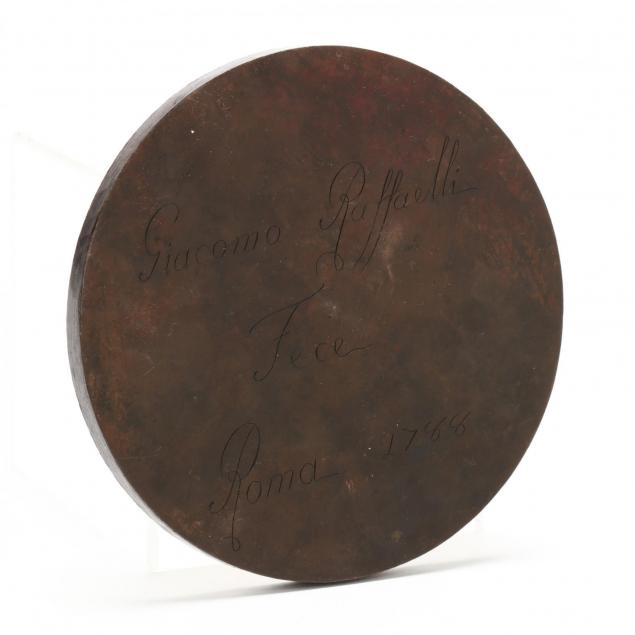