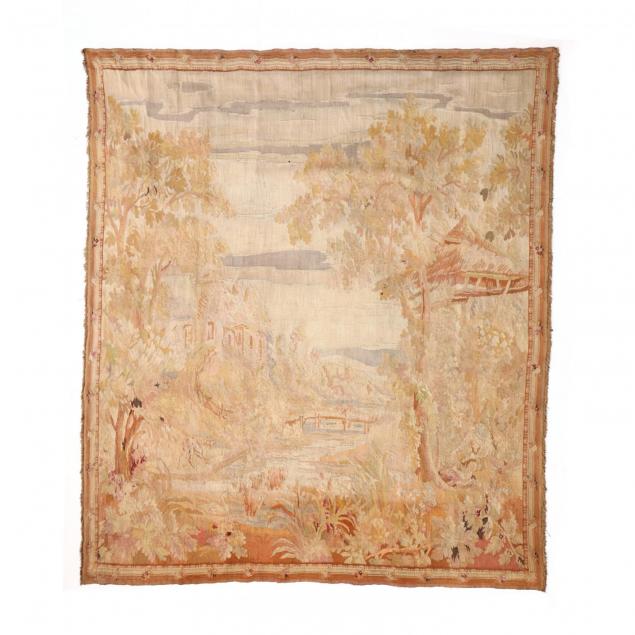 Lot 342
Antique French Aubusson Tapestry
Lot Details & Additional Photographs
Circa 1800, depicting a wooded river landscape with a couple in the foreground and with bridge and home in the distance, all within a floral spray border, with sleeve to reverse for display and with wooden mount.

A 1882 graduate of Davidson College, Mr. Nicholson owned Monarch Mills in SC, as well as the Nicholson Bank of Union, SC. His granddaughter, the consignor, writes, "When the president of the bank called to say there was a run on the bank during the depression and asked what he should do, Mr. Nicholson told him to keep the doors open as long as there were funds...he lost the bank but paid my mother's tuition to Sweet Briar with General Motor's stock." The consignor inherited the tapestry from her mother, Dolly Nicholson.

With some reweave; no hems to selvedges. 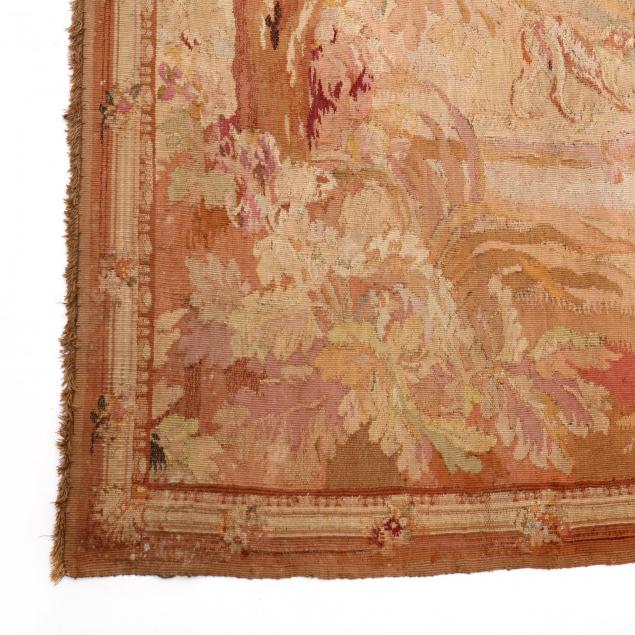 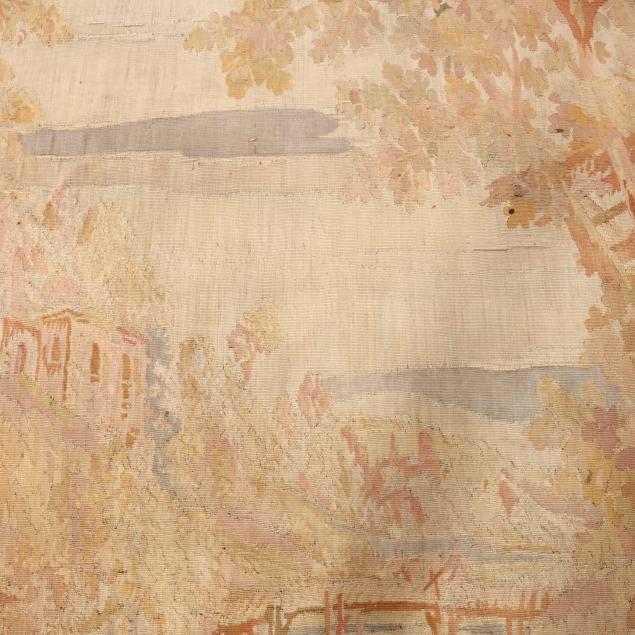 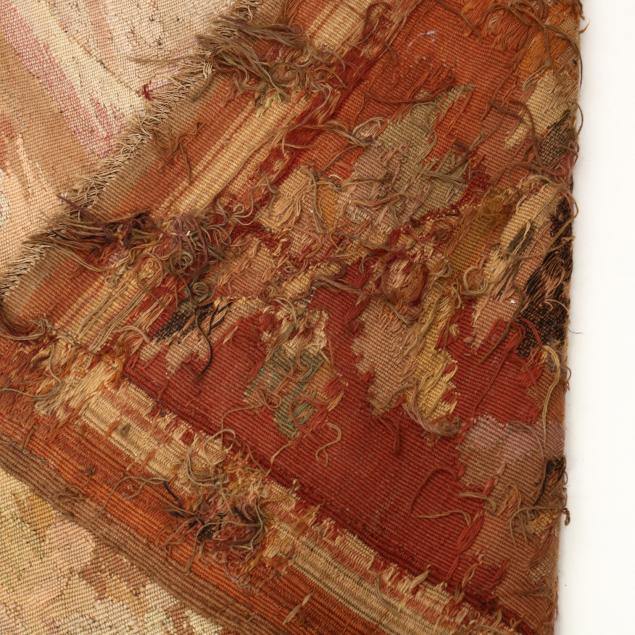 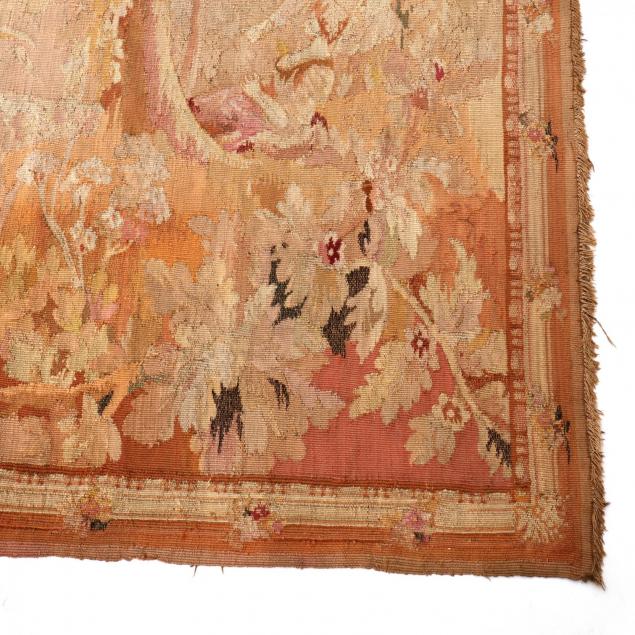 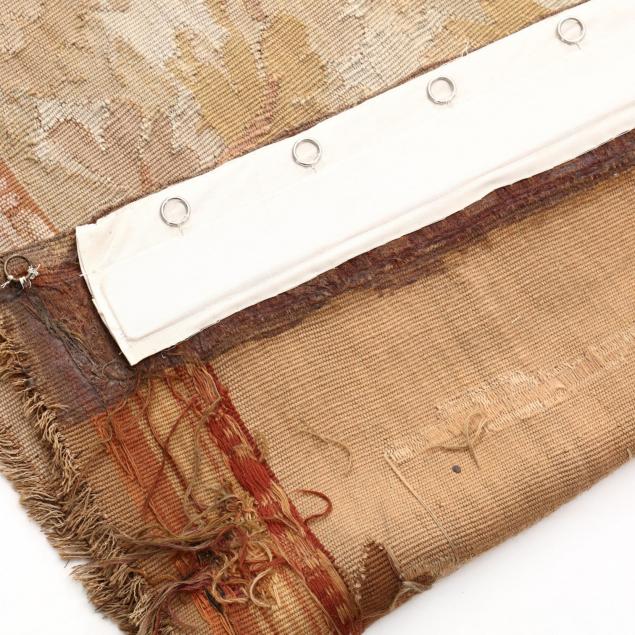