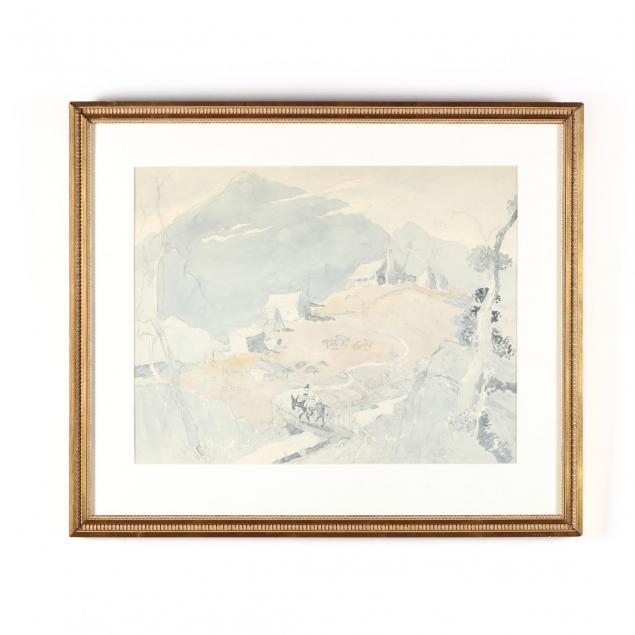 From the Collection of David Henderson, Spartanburg, SC

Primarily known as an illustrator for magazines and the "Old Mother West Wind" children's books by Thornton Burgess. By the 1920s, Cady sought recognition as a fine artist and began seeking out picturesque landscapes on the verge of obsolescence. One such spot was around Burnsville and Spruce Pine in the mountains of North Carolina, and likely the landscape depicted in this sketch. Cady's Southern art was shown at the Salmagundi Club's Spring Exhibition of 1950. 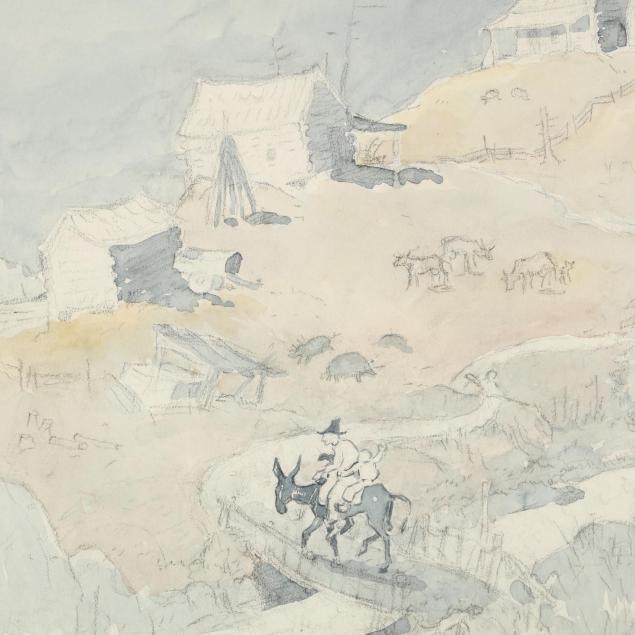