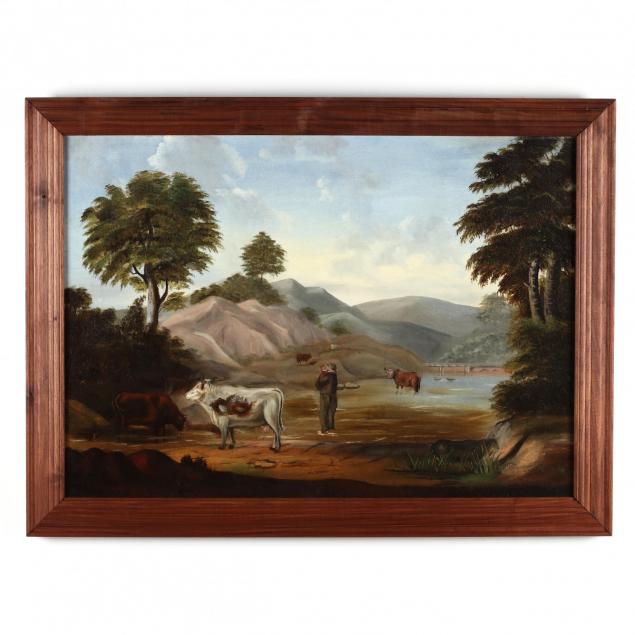 Shortly after Fort Sumter was fired upon, 19 year-old University of North Carolina student James M. B. Hunt of Granville County left school with most of his classmates and went to war. He enlisted as a Sergeant in the 12th NC Infantry, a regiment that would eventually follow Robert E. Lee all the way to the surrender at Appomattox. Sergeant Hunt was promoted to Captain after being wounded at Gettysburg on July 1, 1863 and would maintain that rank for the war's duration. The following year Captain Hunt had the misfortune to be captured at the Battle of Cedar Creek and spent his last eight months of service as a POW in the dank confines of a Fort Delaware cell.

Stable craquelure with professional in-fill. Please note that the inscription and stenciling on the back of the canvas is no longer visible as the canvas has been lined. A photograph before lining is present and documents the inscription. 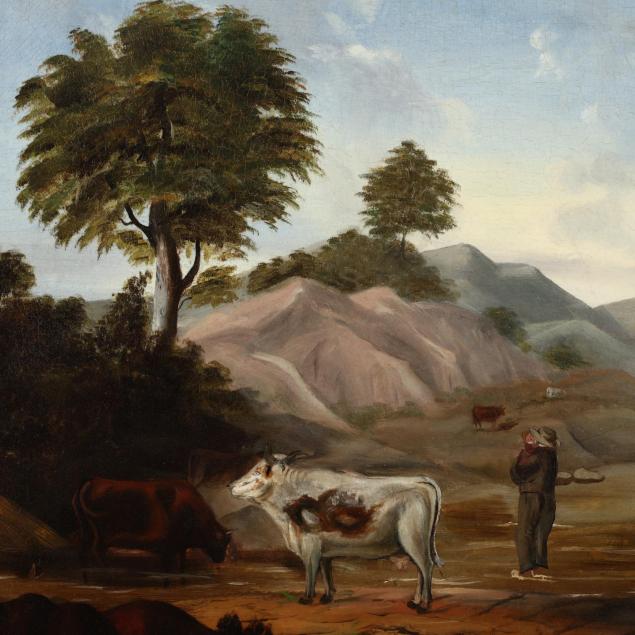 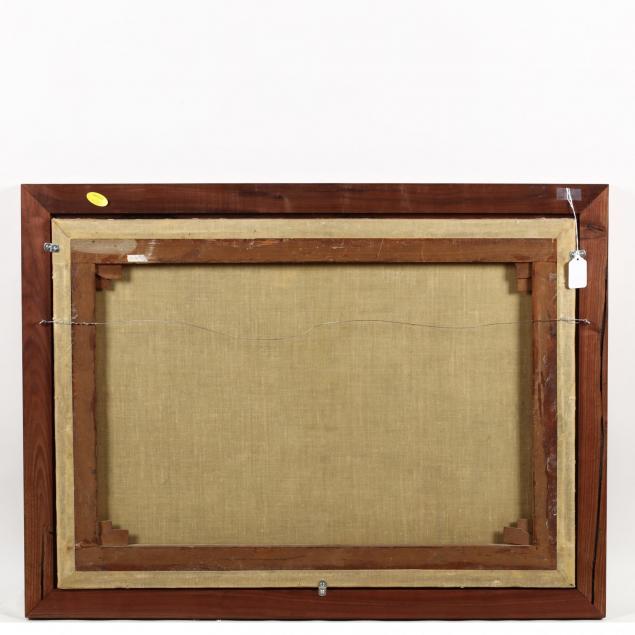