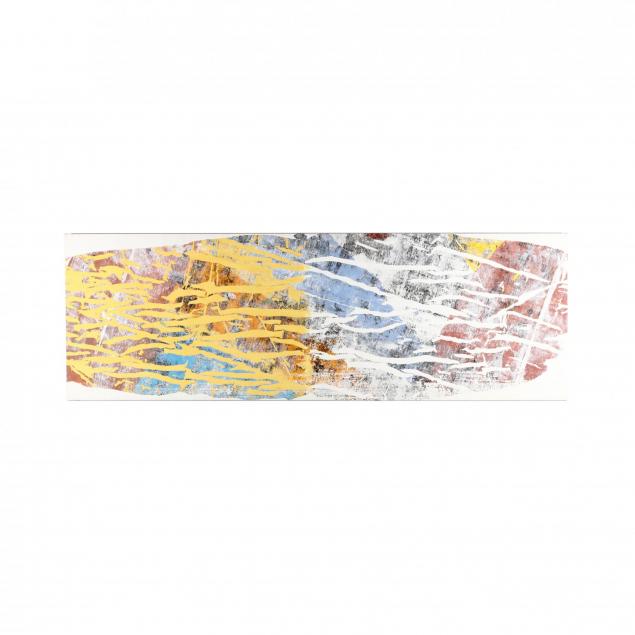 Cuatrecasas and his family escaped war torn Spain and immigrated to Chicago in 1947. In 1957 he graduated from Harvard University and was accepted to the prestigious Yale University School of Art which had been headed by Josef Albers since 1950. Just shy of graduation, Cuatrecasas left Yale to move to his family's home in Washington, D.C. There he began experimenting with color and painting techniques alongside other artists such as Sam Gilliam, Kenneth Noland, Sam Francis, and Gene Davis, founders of the Washington Color School. Despite early success in the 1960s, including a solo exhibition of his work at the Corcoran Gallery in 1965, Cuatrecasas distanced himself from the art market for the remainder of his life. In 2004 an unknown cache of his paintings was rediscovered in a D.C. storage unit and will be included in an upcoming retrospective to be mounted at the American University Museum in 2020.

Some marks along perimeter of canvas. 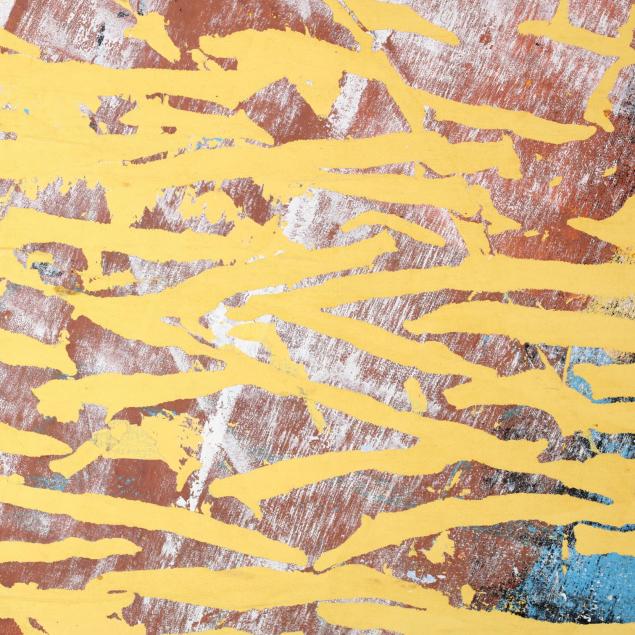 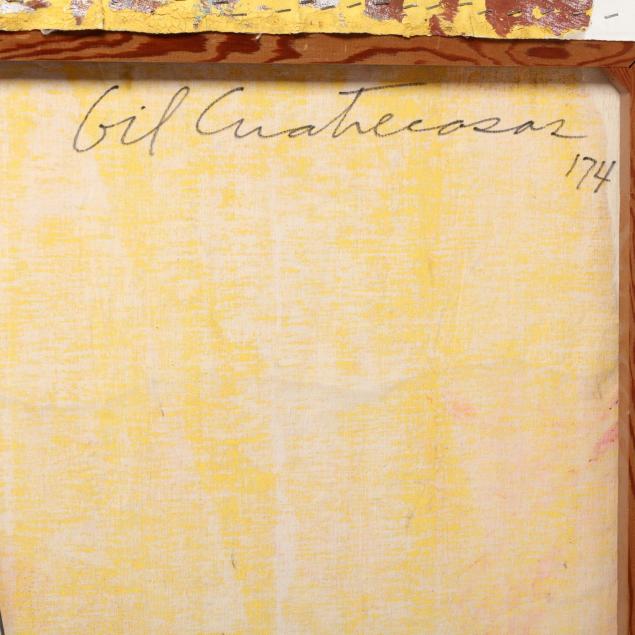 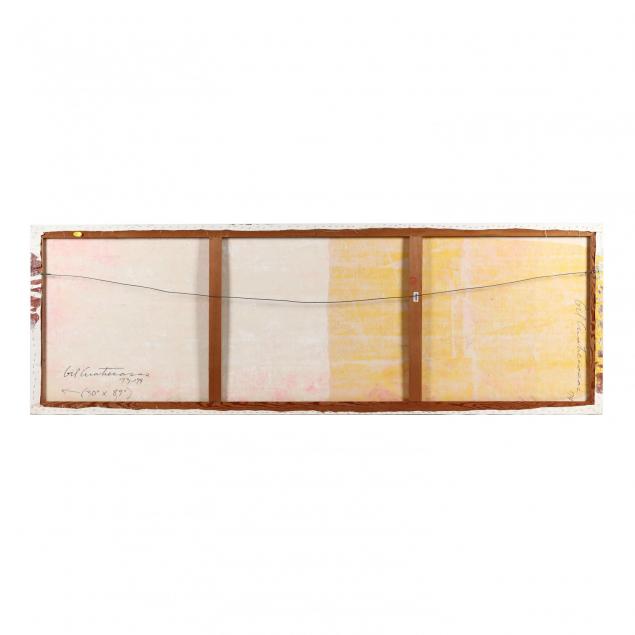 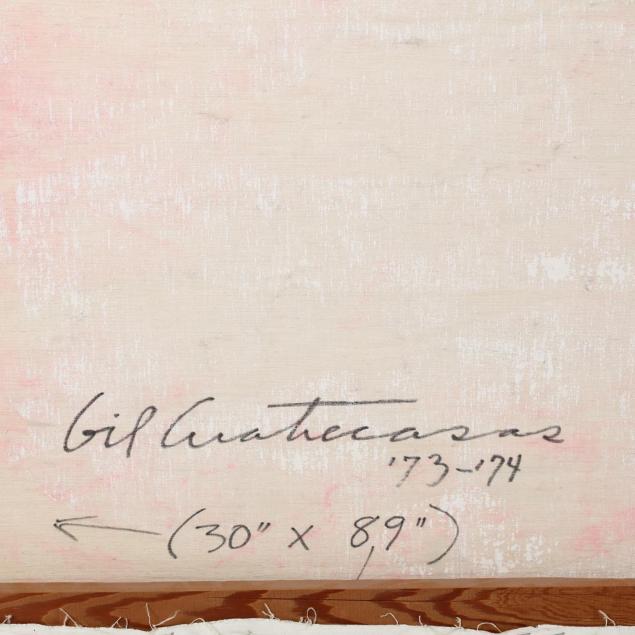