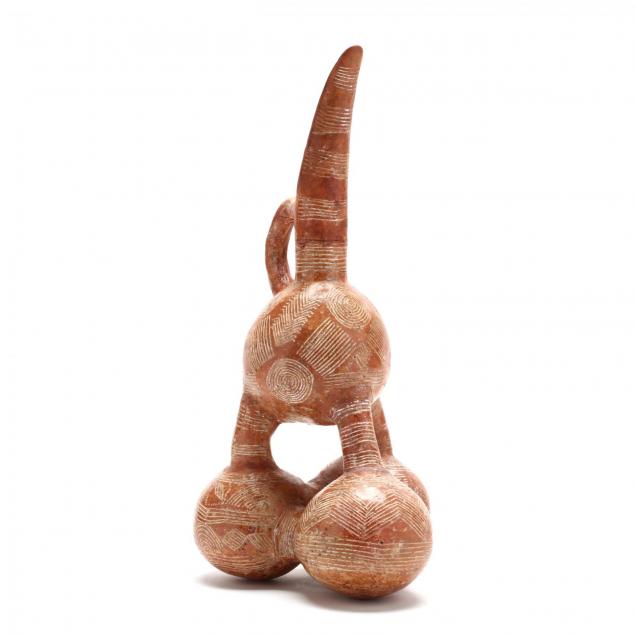 Lot 2051
Rare Cypriot Early Bronze Age Polished Red Ware Vessel
Lot Details & Additional Photographs
This lot from the Cyprus Museum of Jacksonville, NC is accompanied by two documents demonstrating that the collection was acquired legally with the full knowledge of the Cypriot Government.

A photograph of this piece was featured prominently in a 1998 Jacksonville Daily News story on Dr. Crist's Cyprus Museum.

Some surface chips; repairs to spout and handle; hairlines to base. 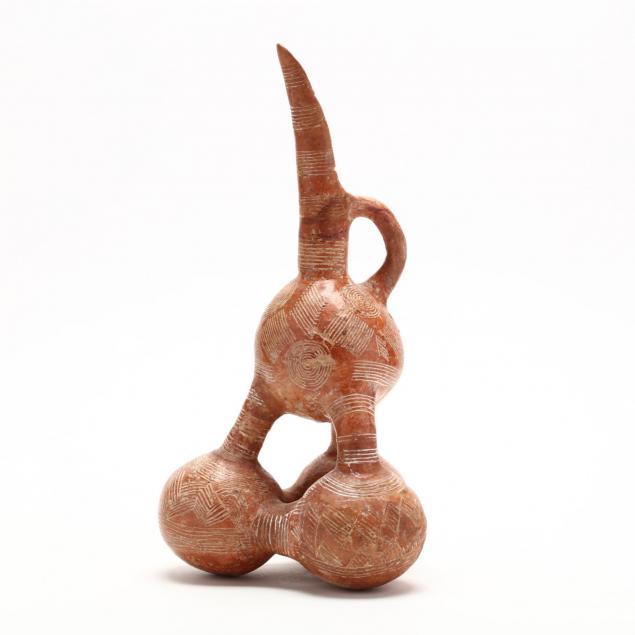 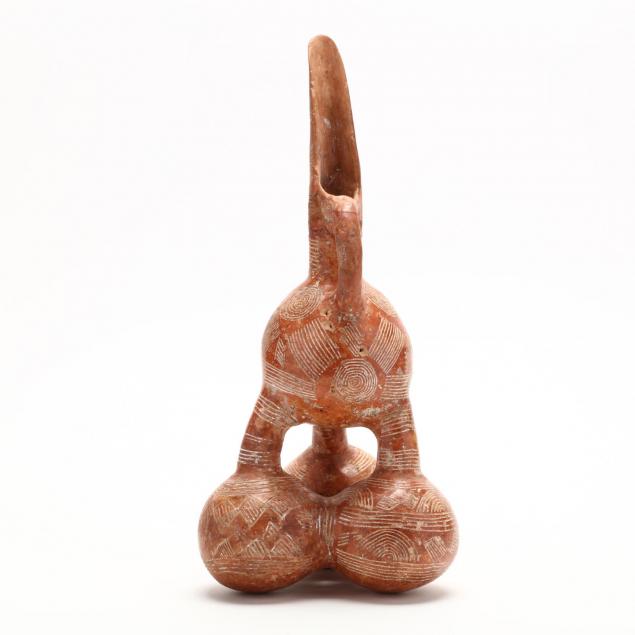 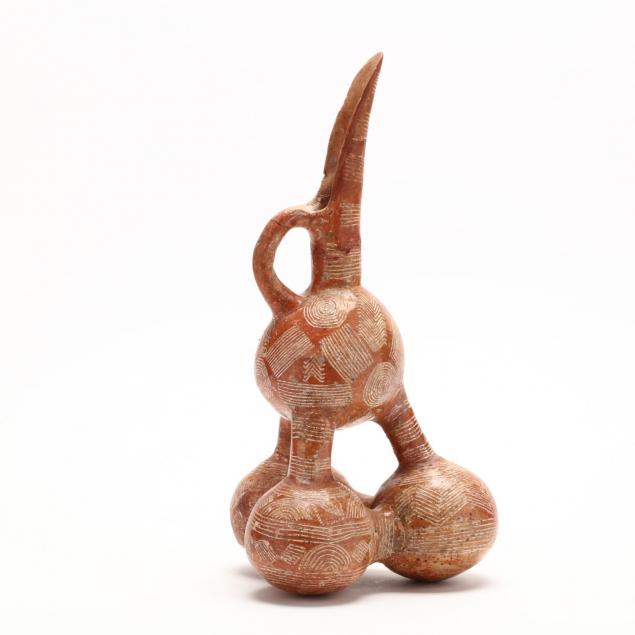 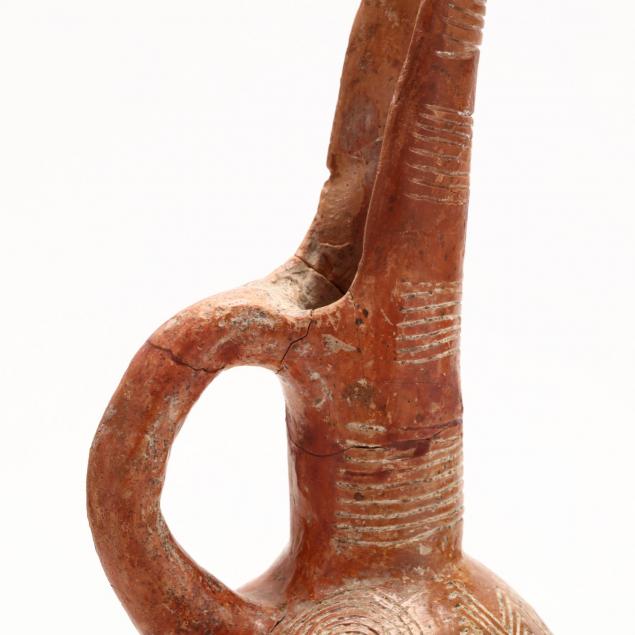 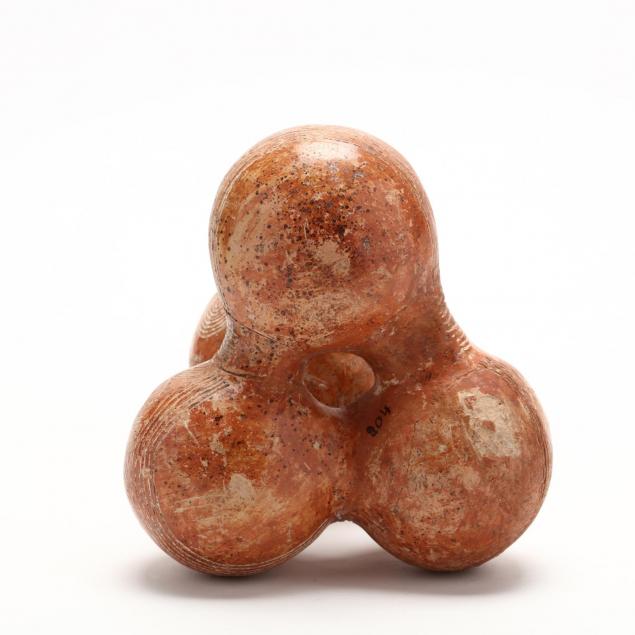 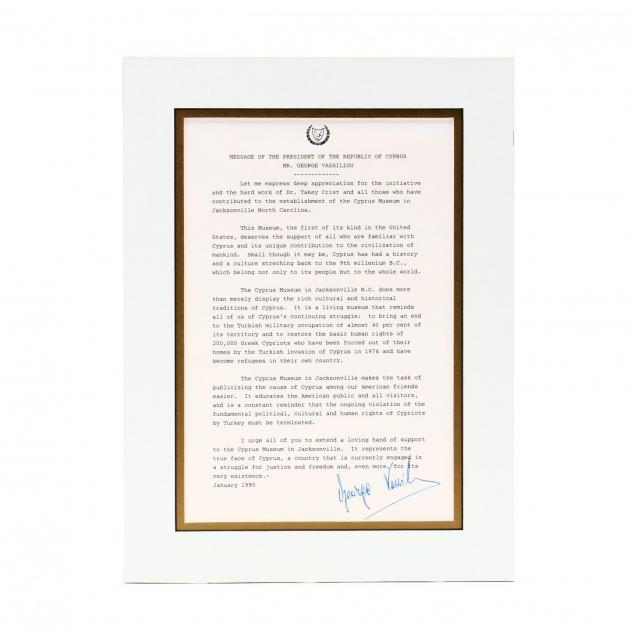 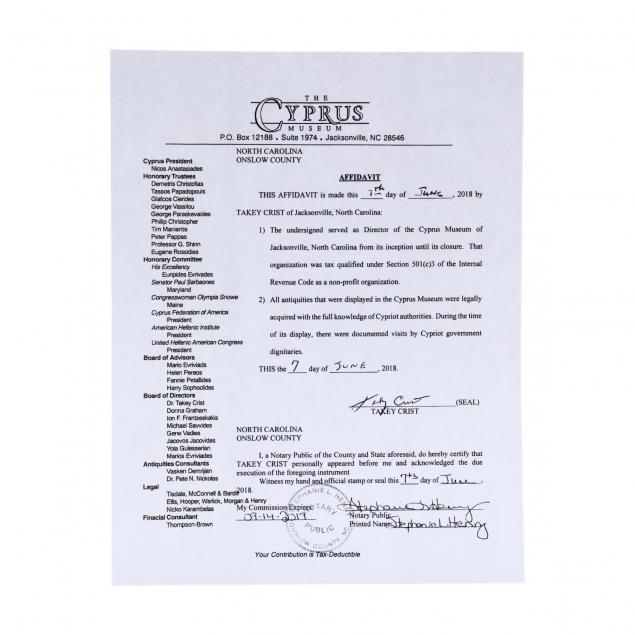