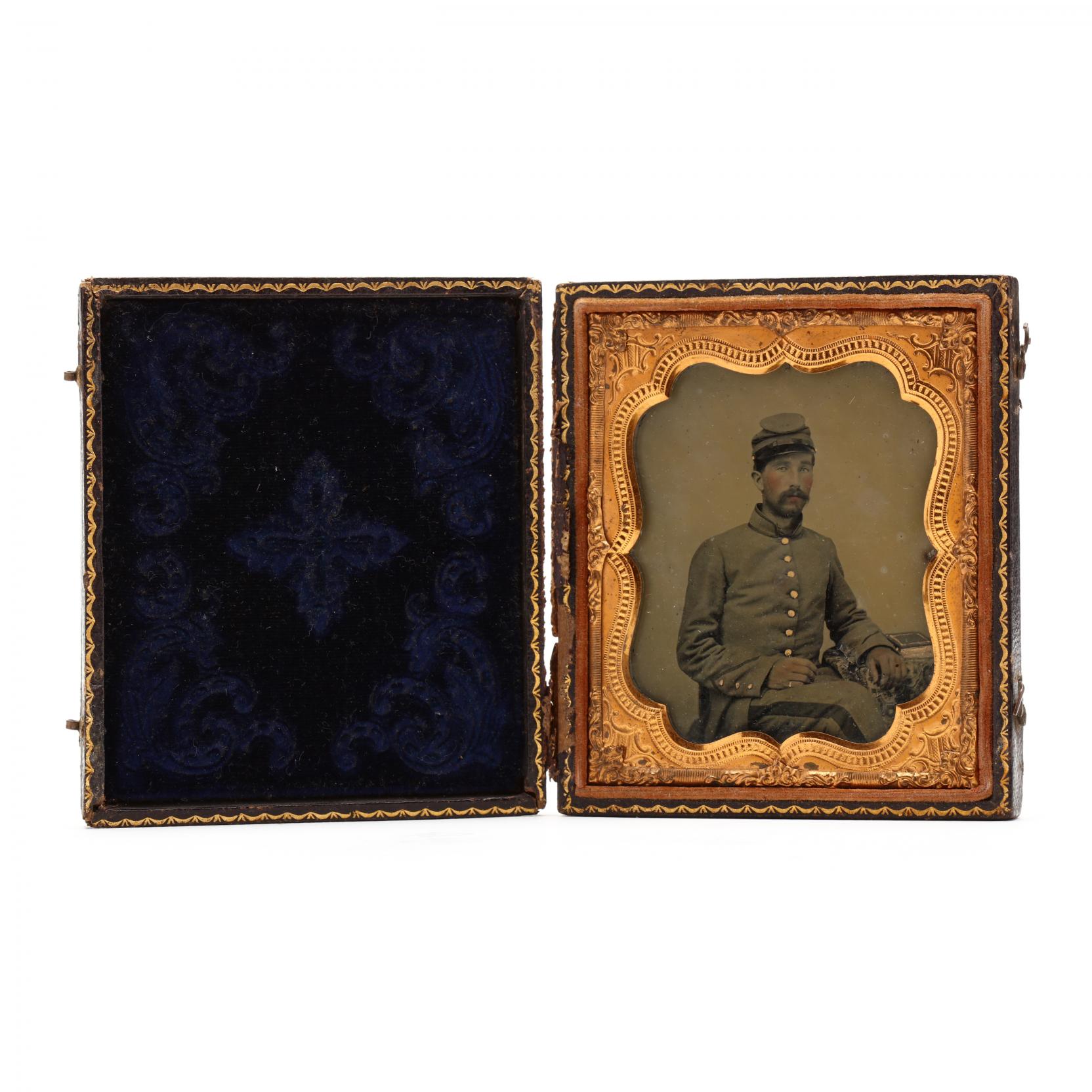 Lot Details & Additional Photographs
Granville County provenance, circa 1861-62, the subject wears a gray frock coat with piping and a single row of gilt buttons; the crown of his matching kepi is adorned with the letters "G G" for the Granville Grays, a local militia company that saw service in the Army of Northern Virginia as Co. "B", 12th NC Infantry. Presented in its original case. This photograph surfaced in a Granville County plantation home associated with the Philpott and Montague families. A search of Civil War soldier databases eliminates all of North Carolina's soldiers as possible sitters save Private Solomon H. Philpott who served in the Granville Grays, enlisting on June 17, 1861. He is noted as being hospitalized in Richmond during the May 1864 Battle of Spotsylvania, returning to his regiment in September. Philipott's ultimate fate is unknown at this time but it will certainly be noted in his service record which is available through the National Archives.

A clear image with nice tonal contrasts and generally smooth surfaces; some minor lifting of the emulsion under the left sleeve cuff; the case lid is detached but present. 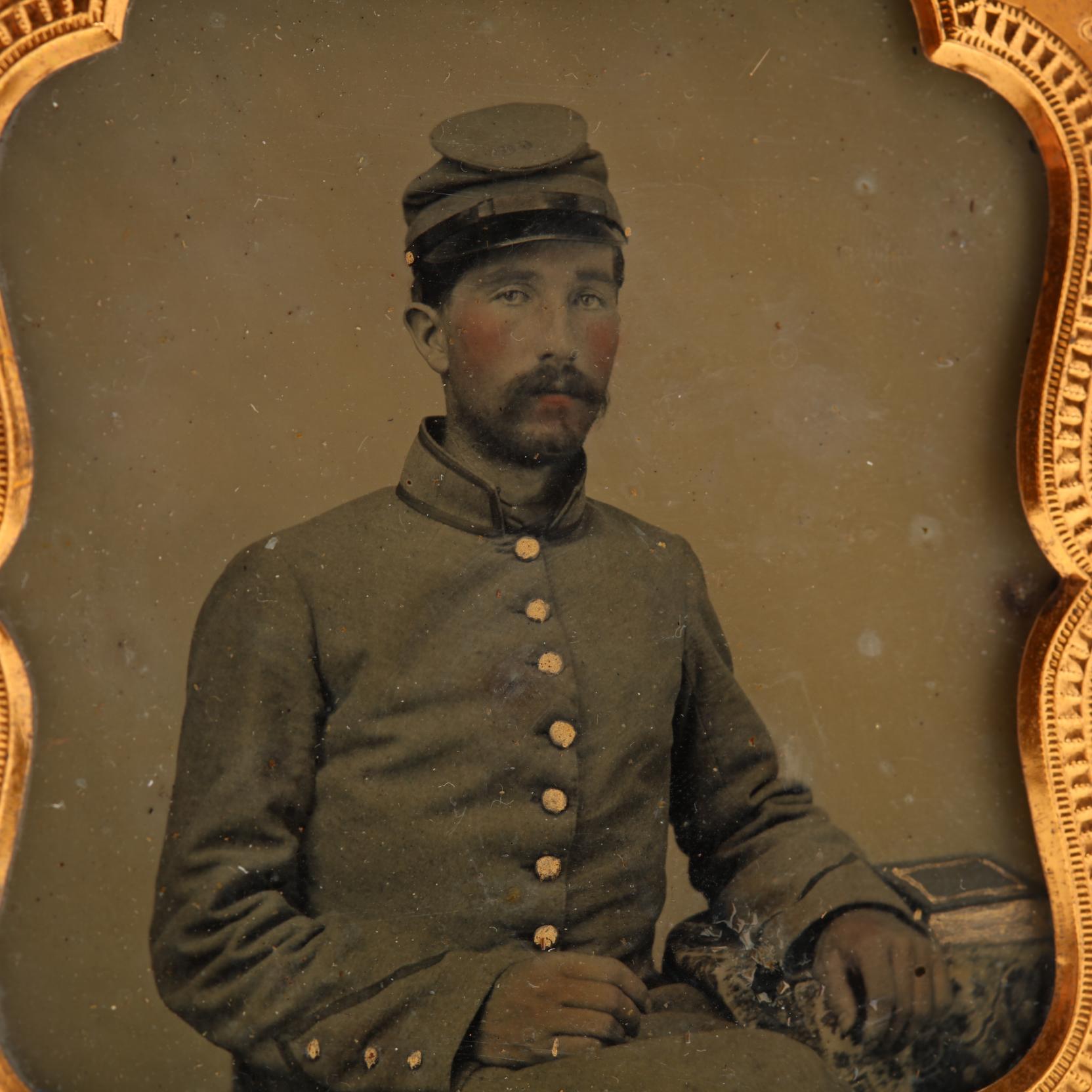 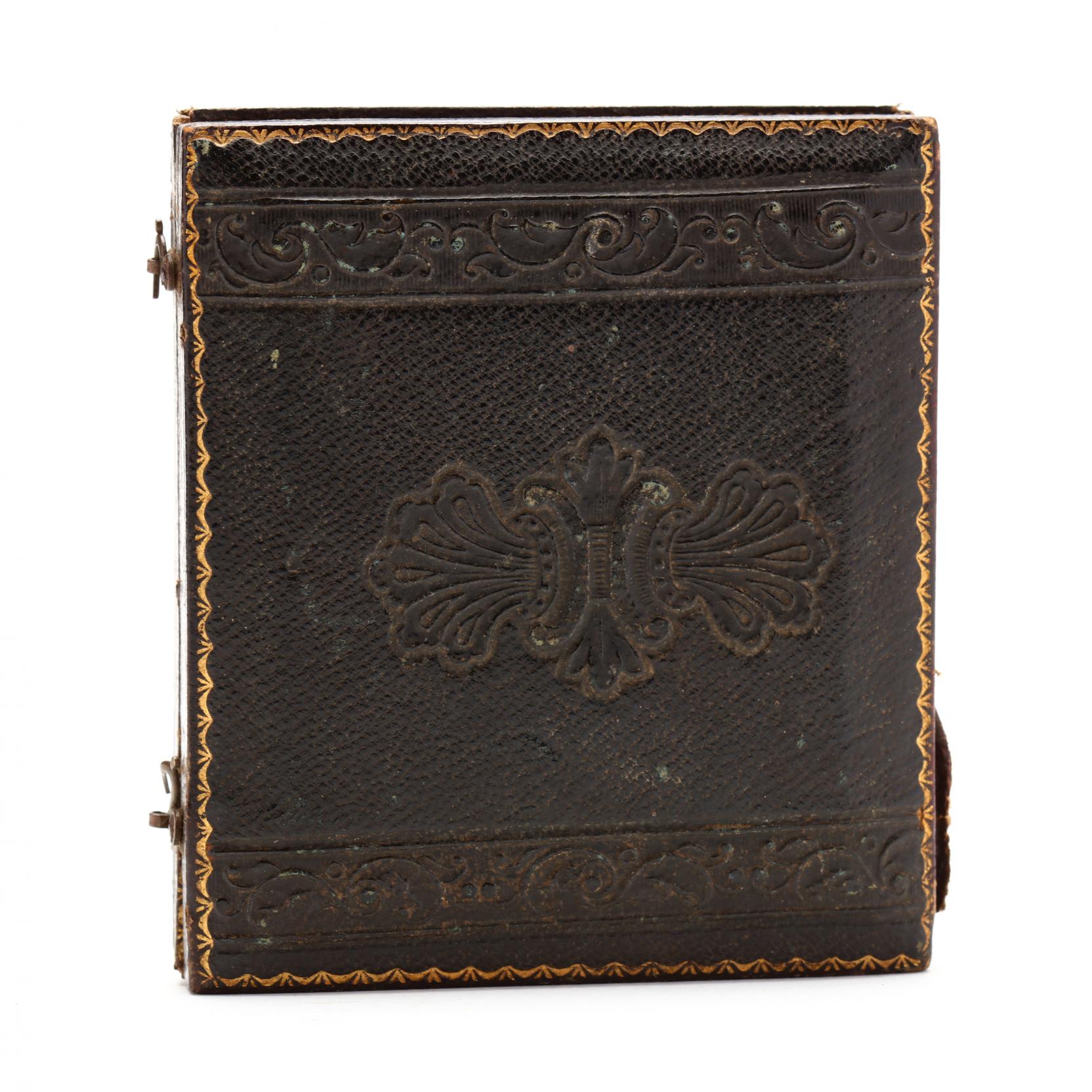