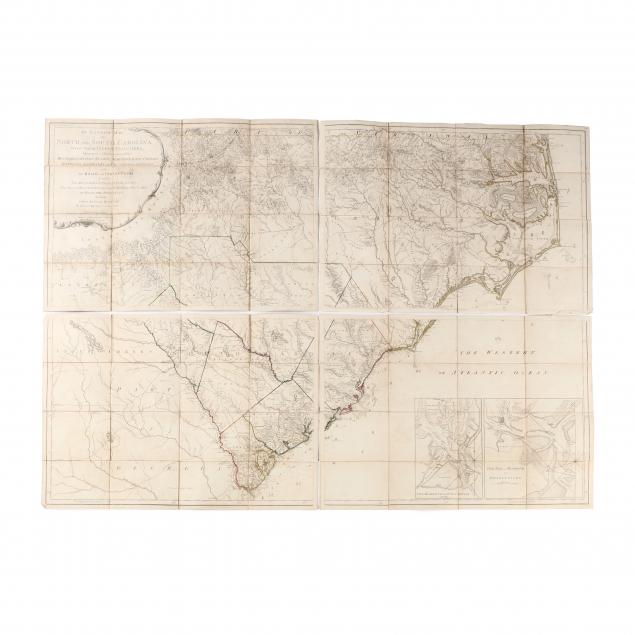 Lot 334
A Rare Folded 1794 Edition of Mouzon's Celebrated Map of the Carolinas
Lot Details & Additional Photographs
Mouzon, Henry and Others. An Accurate Map of North and South Carolina With Their Indian Frontiers, Shewing in a distinct manner all the Mountains, Rivers, Swamps, Marshes, Bays, Creeks, Harbours, Sandbanks and Soundings on the Coasts; with the Roads and Indian Paths; as well as The Boundary or Provincial Lines, The Several Townships and other divisions of the Land in Both the Provinces; the whole From Actual Surveys by Henry Mouzon and Others. (London: Laurie & Whittle, 1794), consisting of four copperplate engravings with sparse outline color, dissected for folding and laid to period linen for durability, each section being labeled twice on the verso in manuscript and housed in one of two custom marbled slipcases designed for storage and convenient transport.

Publishers Laurie and Whittle used original 1775 Sayer & Bennett Mouzon plates with an updated cartouche for the 1794 edition of Thomas Jeffery's American Atlas. The lower margin of the present example's northeast quadrant, however, still has a 1775 publisher's line, which initially suggested this map could be a possible marriage of sheets from different editions. Two complete and original 1794 volumes of the American Atlas were consulted for comparison, one in the Special Collections Library at the University of Virginia and the other in private hands. Both of these bound Carolina maps have the 1794 Laurie & Whittle cartouche while retaining a 1775 line in the northeast quadrant, thus making a strong case that our Mouzon map is a true and complete 1794 edition as issued.

The Mouzon maps are valued for their accuracy and firsthand association with the American Revolution in the Carolinas. Heavily relied upon in the field by top strategists on both sides of the war, the Mouzon map saw widespread use into the early 19th century. The 1794 edition is much rarer than its predecessors, with the present example made even more elusive by being preserved in a saddlebag-ready format rather than having been framed for display.

All sheets retain full .5 in. margins; some splits to the linen along folds; overall age toning; very good condition. 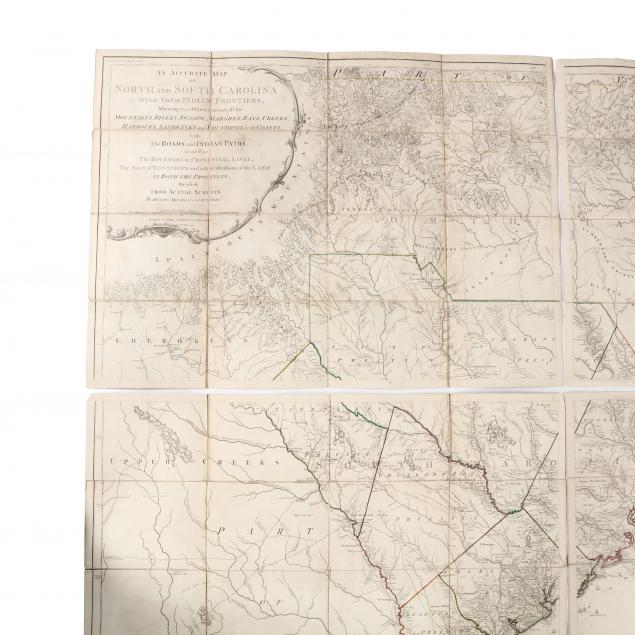 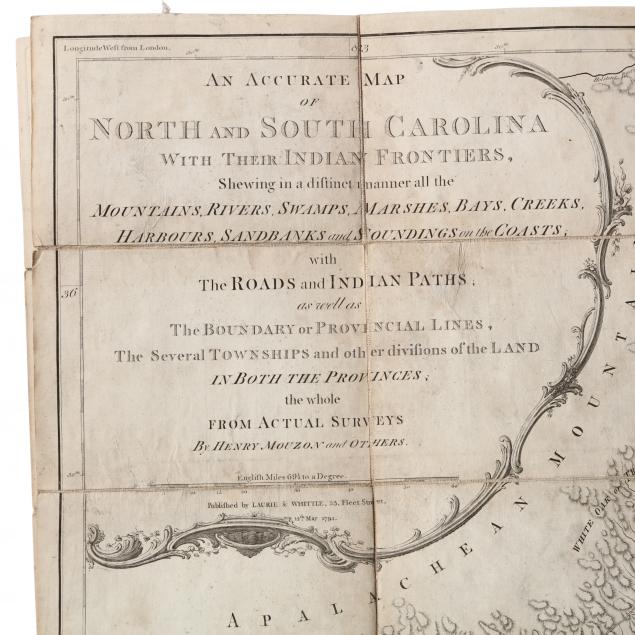 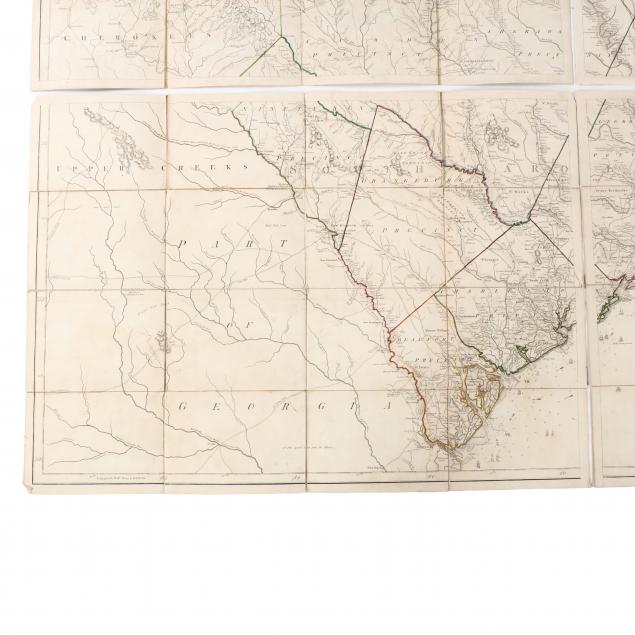 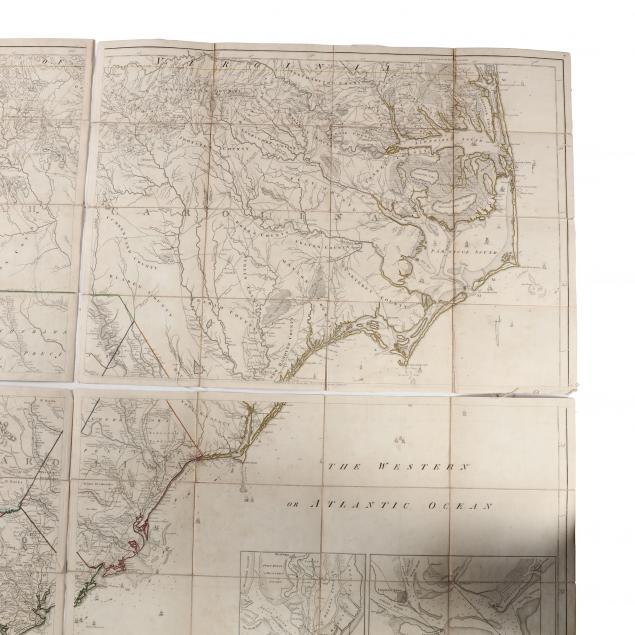 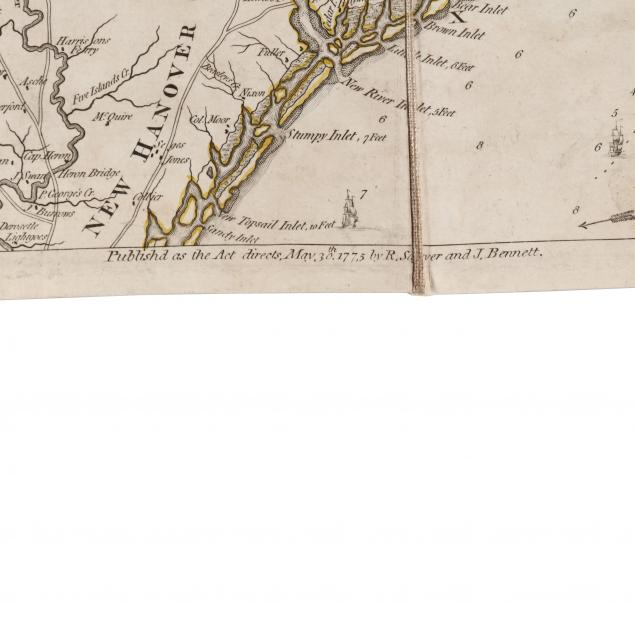 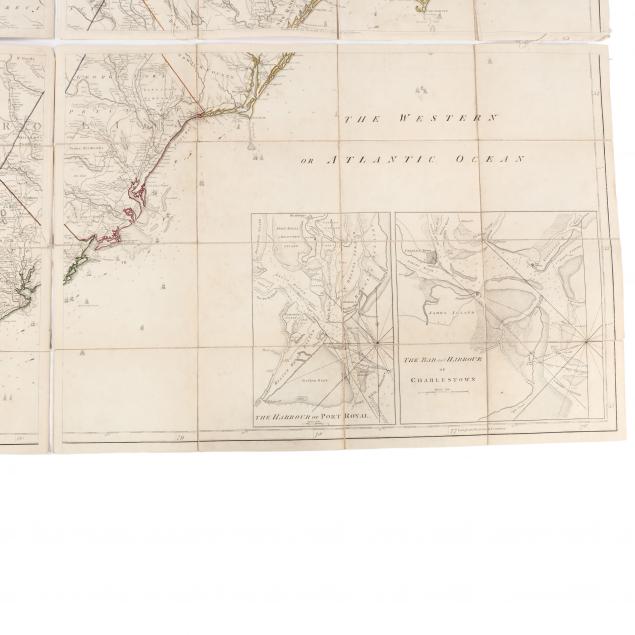 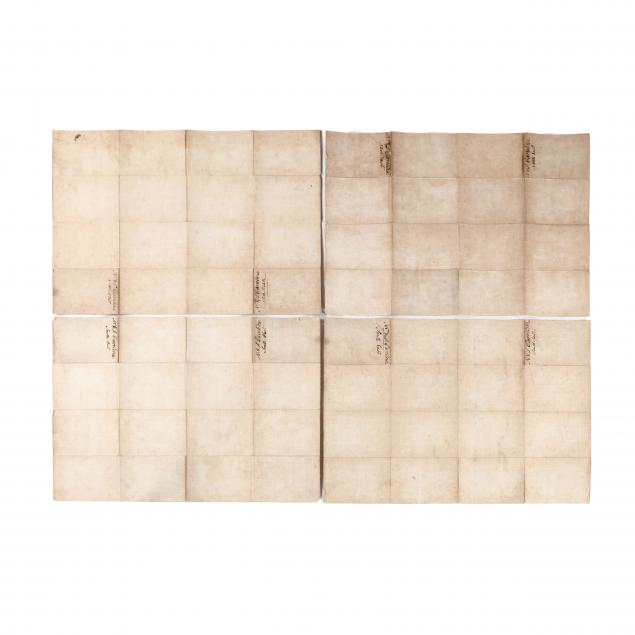 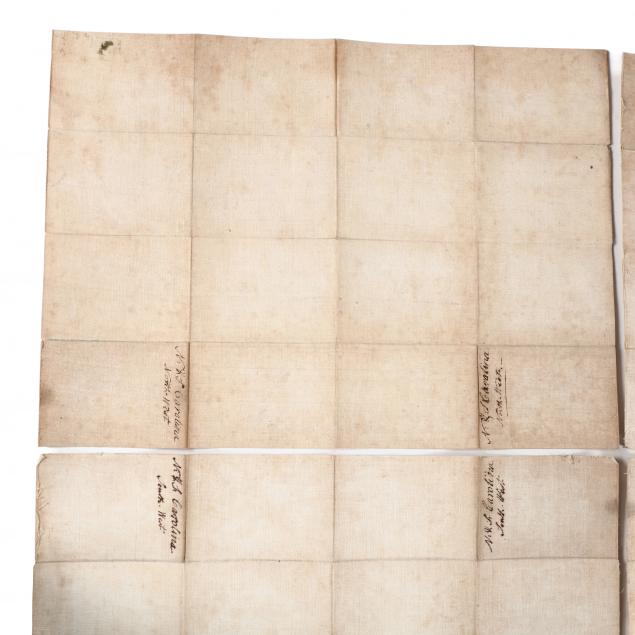 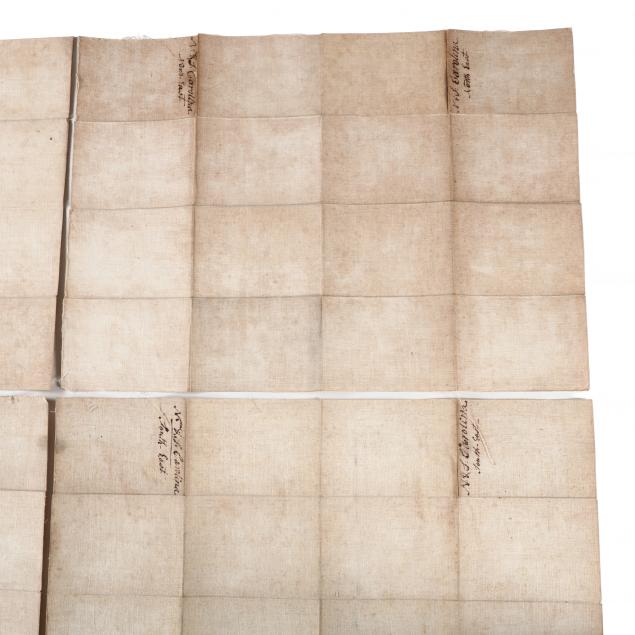 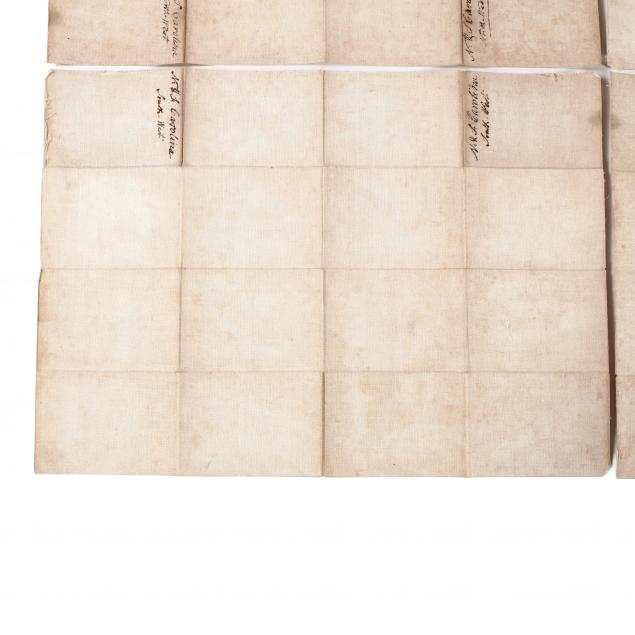 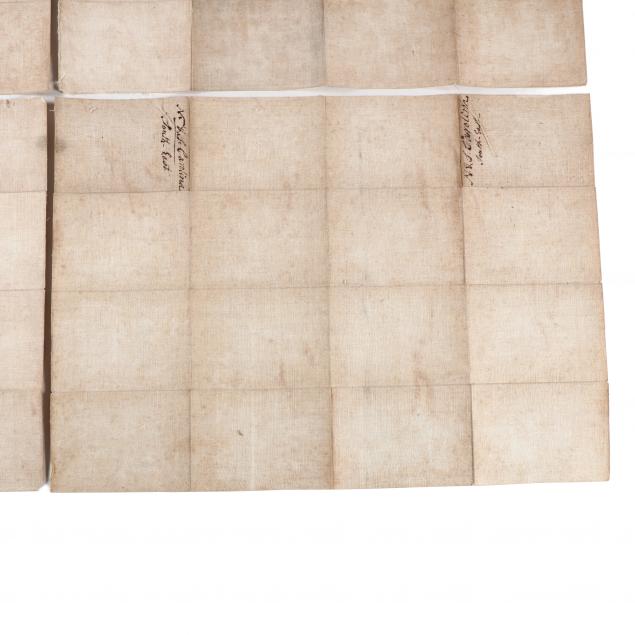 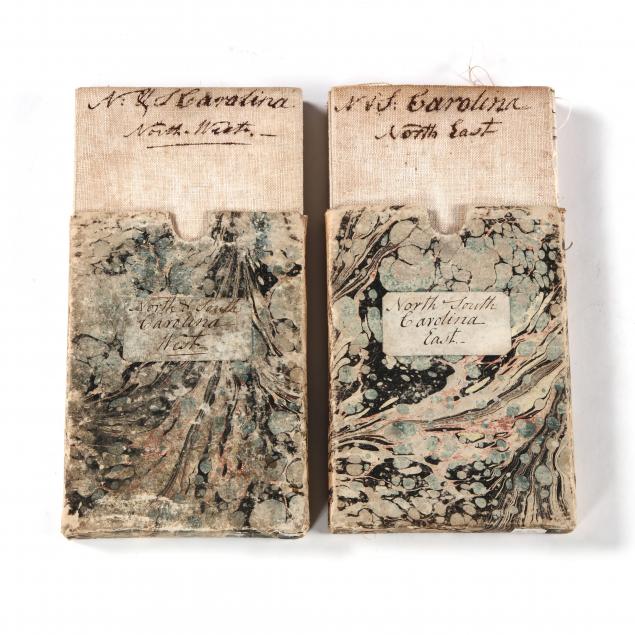 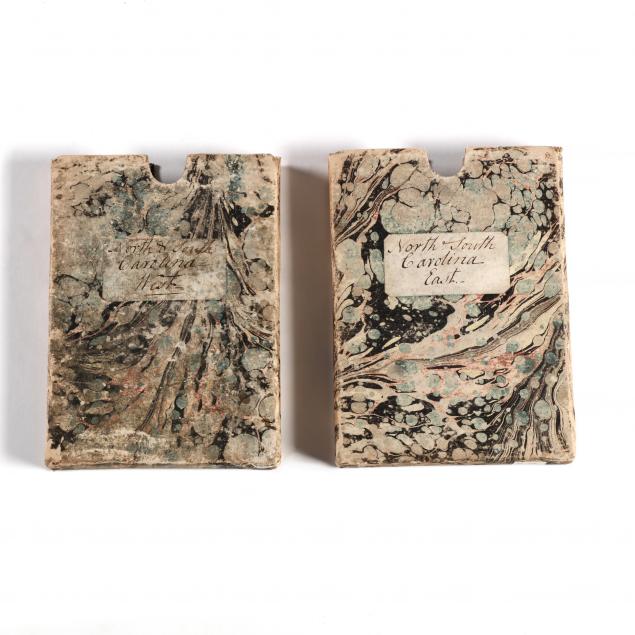 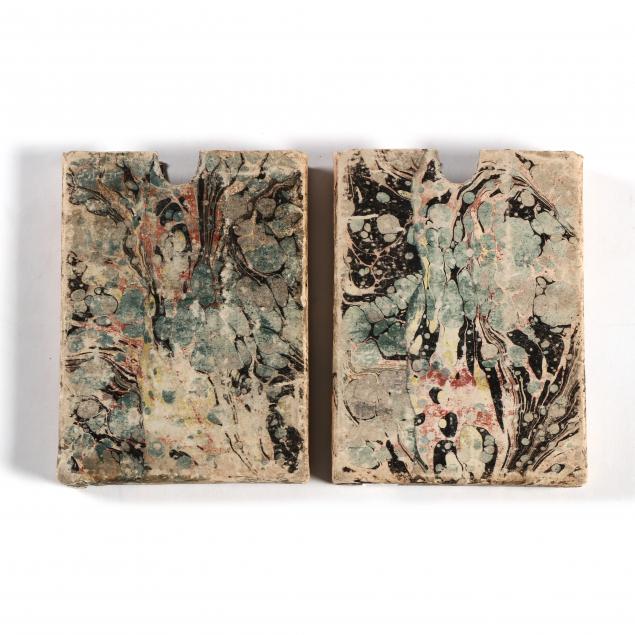