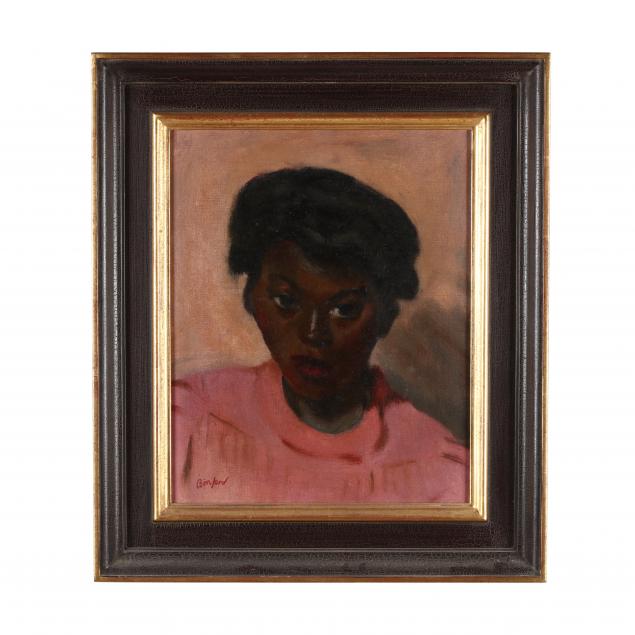 Lot Details & Additional Photographs
Oil on canvas, signed at lower left, circa 1939, presented in a later frame and retaining an old gallery label to the verso.

Born in Powhatan County, Virginia, Binford switched from a pre-med course of study to painting after his drawing talent was noticed by the director of the High Museum in Atlanta. He studied at the Art Institute of Chicago and then in Paris on a scholarship from 1932 until 1935. After marrying a French woman, he returned to Virginia to settle at "The Foundry," a historical farm estate famous for being General Robert E. Lee's final bivouac after Appomattox. Binford created his most successful work back home. He was especially inspired by his African American neighbors, whom may be depicted in these seven paintings. Binford exhibited in at several New York City galleries and museums - his sensitive figural works were favorites of the New York Times' critics. He was included alongside Edward Hopper, Hobson Pittman, Marsden Hartley, and Georgia O'Keeffe as "among the painters who most signally score" in a review by Edward Alden Jewell "Americans: Roundup at Whitney - War Posters" (New York Times, November 29, 1942). 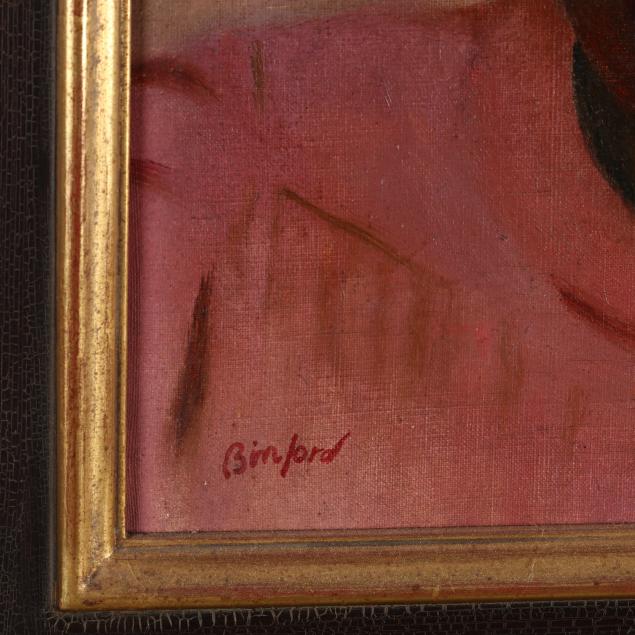 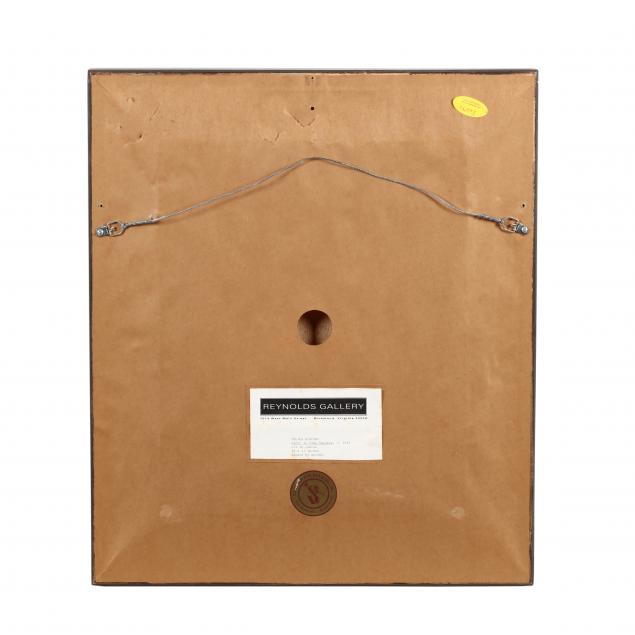