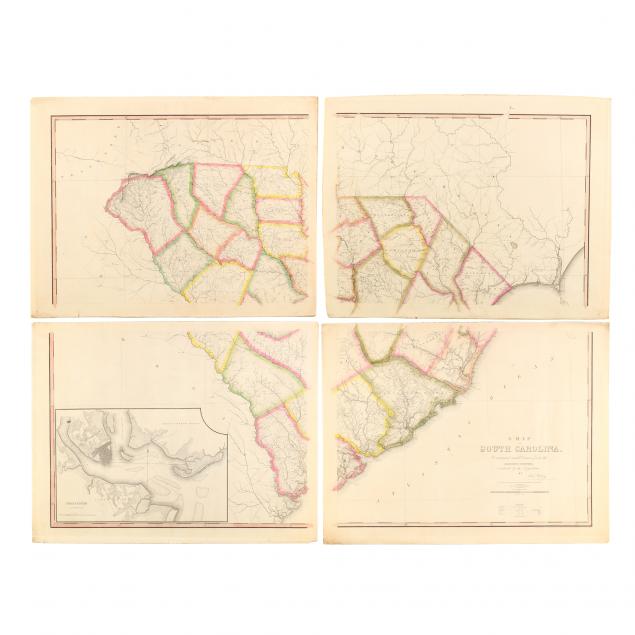 Lot 1228
The First Official State Map of South Carolina
Lot Details & Additional Photographs
A Map of South Carolina Constructed and Drawn from the District Surveys, ordered by the Legislature: by John Wilson, late Civil & Military Engineer of So. Car'a. The Astronomical Observations by Professor Geo: Blackburn & I. M. Elford. (Philadelphia: H. S. Tanner, 1822), a large composite engraving by Henry S. Tanner consisting of four joined copperplates with outline color and wash; the SW quadrant includes an inset of Charleston showing both the city's plat and its outlying harbor forts. The map's four sections are unjoined, each presented unframed and behind a mat.

Wilson's map, in part a descendant of Mouzon's celebrated 1775 effort, is a compilation of the district surveys commissioned after the War of 1812 at the behest of the South Carolina General Assembly. Peace with Great Britain encouraged vigorous commerce to the point that the state's infrastructure had to be updated to meet ever-increasing demands. Detailed and accurate maps were essential in order to achieve this objective and give South Carolina a competitive edge in a growing world economy. This impressive map is very rare today.

Each sheet has a very few small marginal splits not affecting its image area; the SW quadrant map with a crimped corner in the lower right; some areas of edge browning; overall clean and solid in very good or better condition. 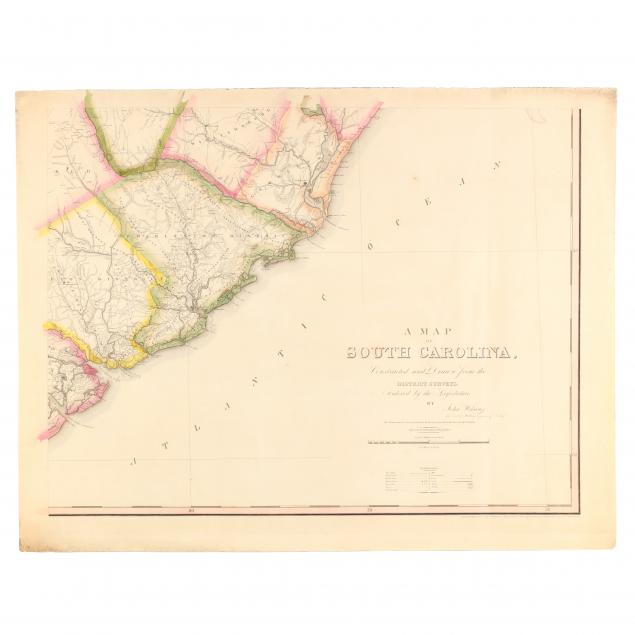 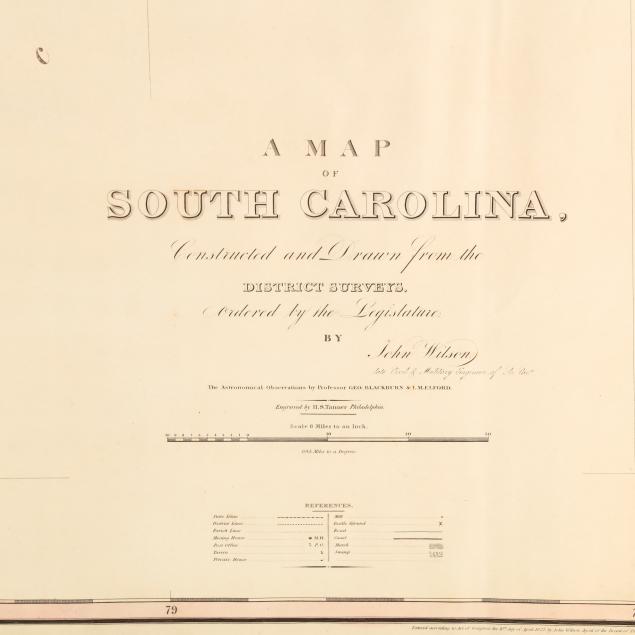 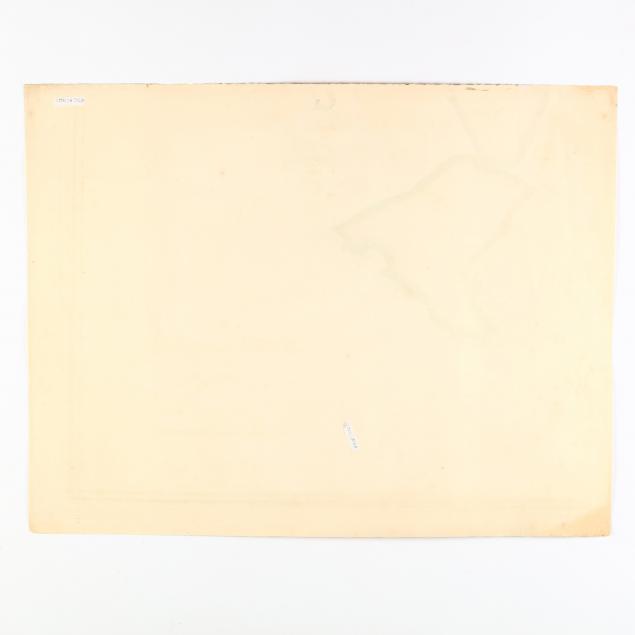 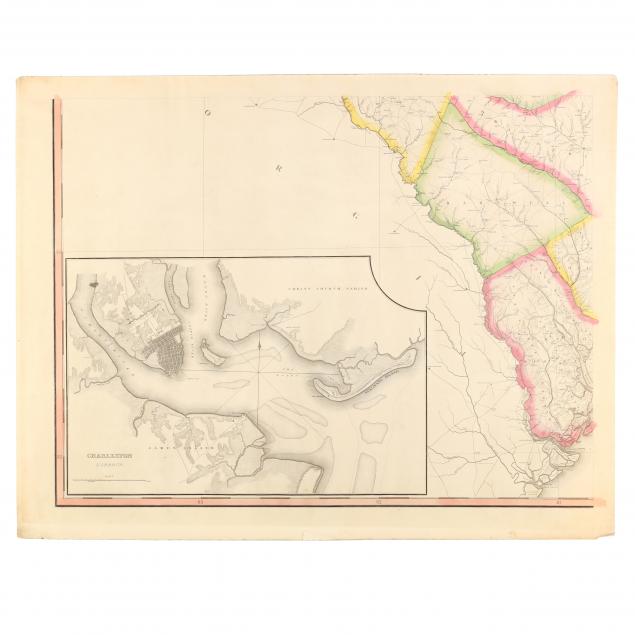 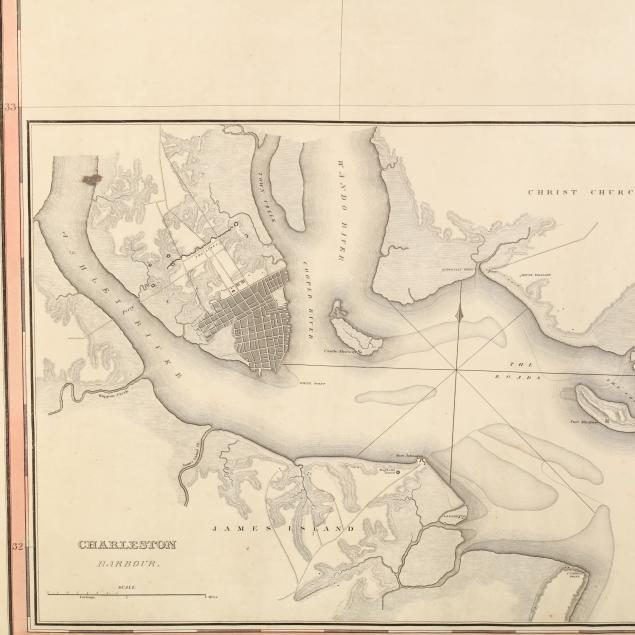 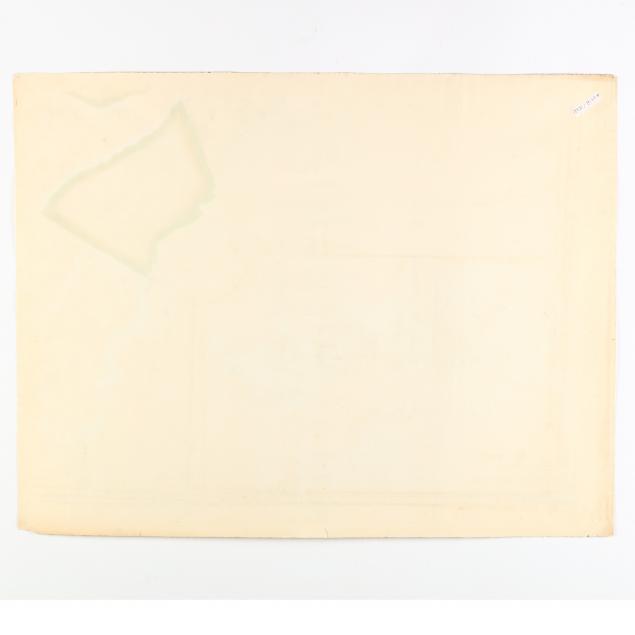 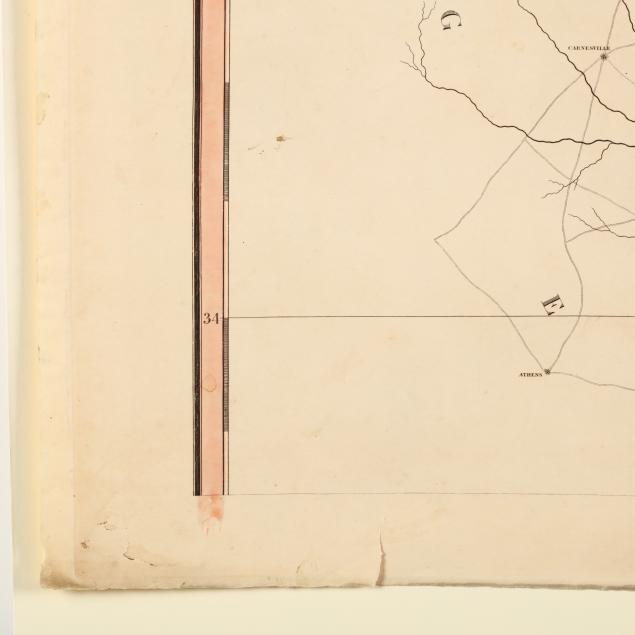 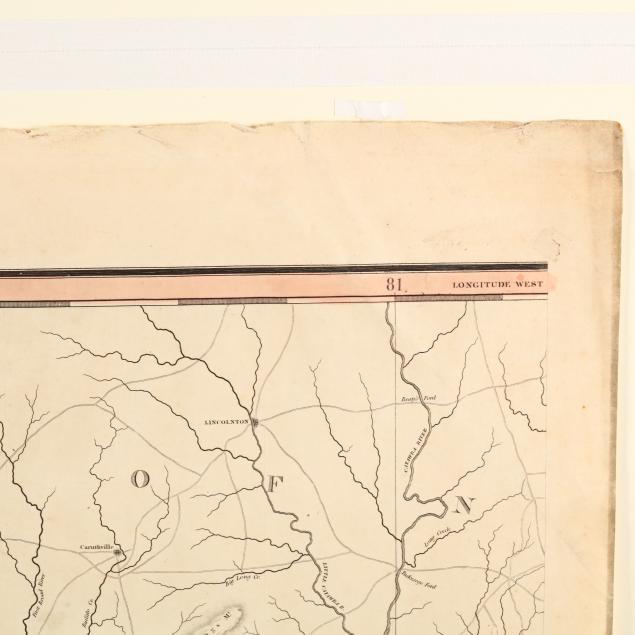 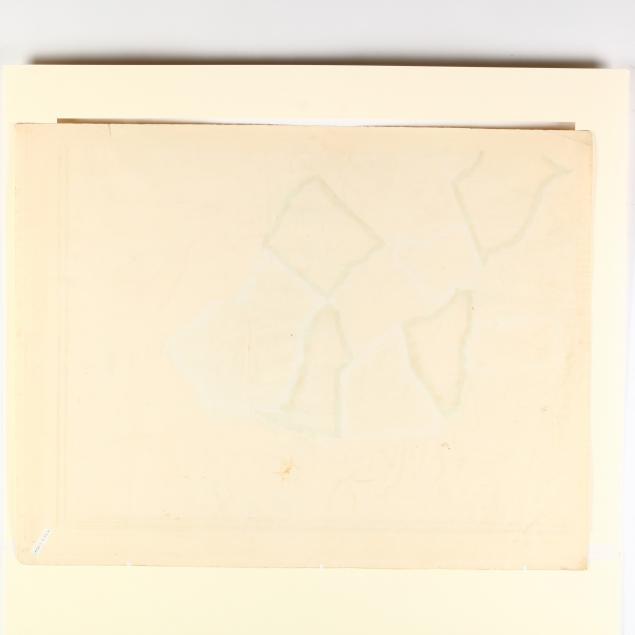 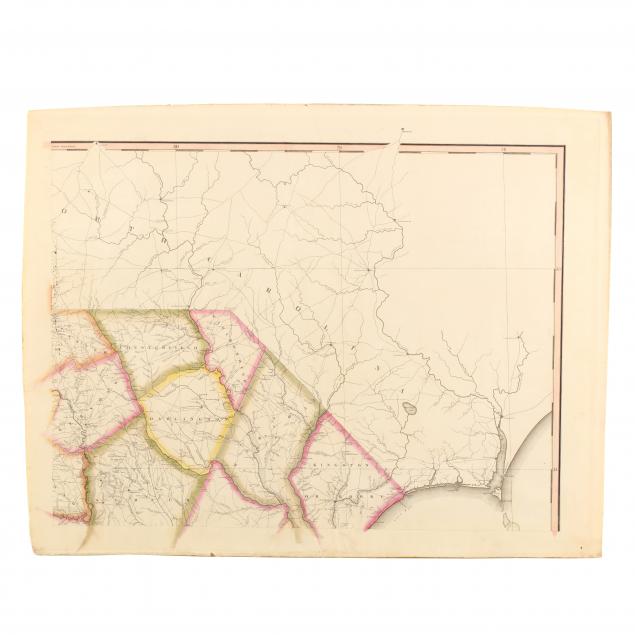 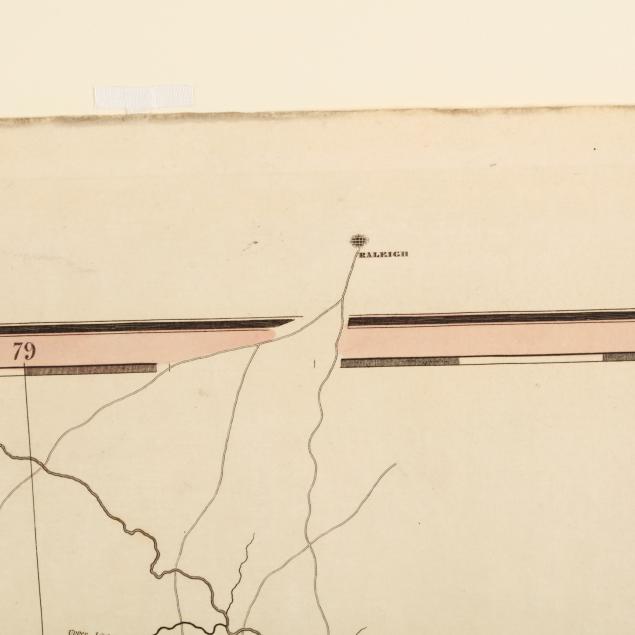 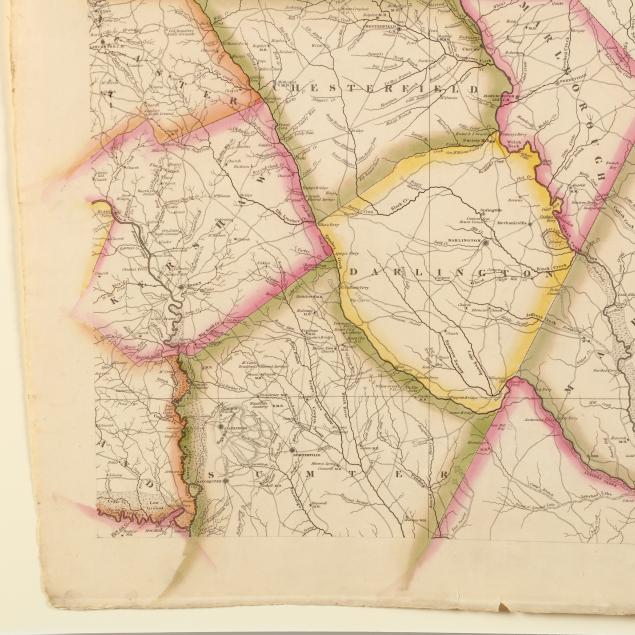 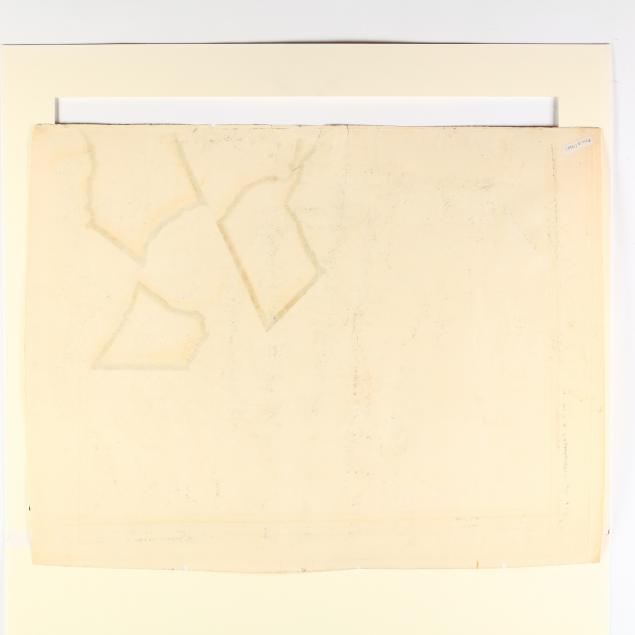