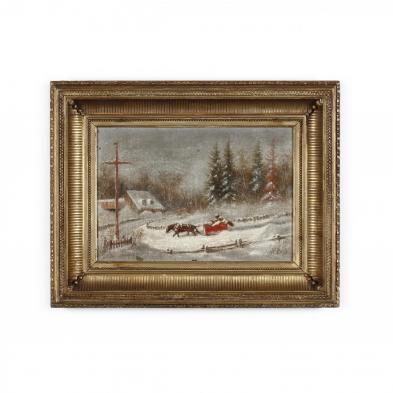 Private Collection, North Carolina. Purchased by the grandmother of the current owner in the early to mid 20th c.

The painting was examined in Canada and authenticated by Dennis Reid in June of 2018.

Born in Amsterdam, Cornelius Krieghoff emigrated to the United States in 1837 where he settled in New York and joined the US Army. By 1840, he was living in Montreal with his new wife and establishing an art career. He traveled to Paris in 1844, but returned to Montreal in 1846. In 1853, he moved with with family to Quebec City and devoted himself to his artistic pursuits.

Krieghoff specialized in idyllic scenes featuring Native peoples and settlers in Canada. His winter scenes are particularly prized by collectors.

Several small darkened areas around perimeter of painting, likely discolored adhesive residue from the mounting process; two small spot touch-ups visible under UV light, one under horse's nose and one at base of horse's tail; minor loss to frame. 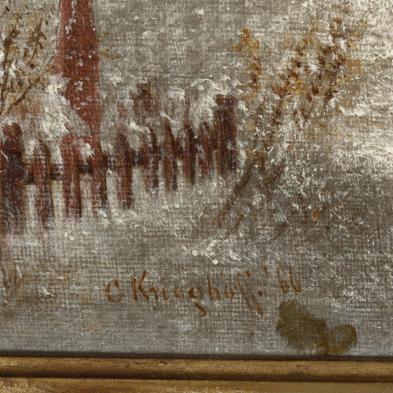 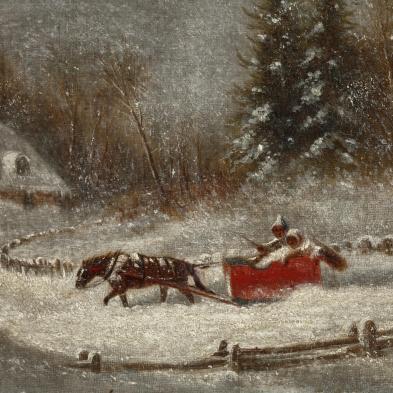 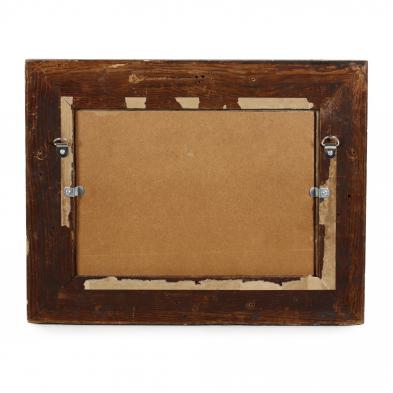