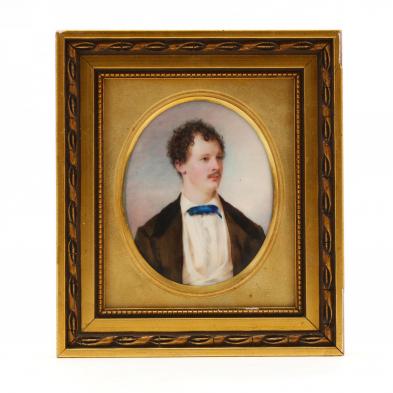 Harry Dorsey Gough Carroll Sargent, brother of James Carroll Sargent (Lot 371) was the son of Sophia Gough Carroll (1813-1857) and Thomas Bartow Sargent (b.1805-1879), whose marriage of April 12, 1832 is recorded in the Pennsylvania and New Jersey, Church and Town Records, 1669-2013 and who are buried in Old Saint Paul's Cemetery in Baltimore, Md. Listed in the Colonial Families of the United States of America, Volume III, both of James’ parents came from a long line of families who held prominence and influence in early Baltimore. Sophia Gough Carroll was a descendant of Charles Carroll, a leading Maryland patriot who built Mount Clare, a Georgian home and "one of the finest examples of Georgian architecture in the city."


As a younger brother to James Carroll Sargent, records show Harry enrolled in the University of Maryland in1858 and serving in the 1st Battery, Maryland Artillery during the Civil War. He married Ida Loveday (b. 1848), and together they had four children. His life in Baltimore, MD. is documented by the listings in the US Federal Censuses for Baltimore, MD and U.S. City Directories, 1822-1995; he is buried in Loudon Park Cemetery, Baltimore, Md.


This portrait passed down through the family to the current consignor, whose grandfather, Carroll Van Ness of Baltimore, and mother, Helen Ridgely Van Ness (1945-2018), were direct descendants of the sitter's youngest sister, Helen Bartow Sargent Van Ness (1845-1915).

George Lethbridge Saunders was an acclaimed portrait artist in England prior to his arrival to the United States in 1840, and soon began working in various cities to include Philadelphia, Baltimore, and New York, where he was commissioned by the wealthy and influential to paint their portraits. While in Baltimore, Saunders painted members of the Sargent family. The companion Saunders' portraits of Thomas Bartow Sargent and Sophia Carroll Sargent are listed in the "List of Accessions and Loans" in the Bulletin of the Metropolitan Museum of Art, Vol. XVI, 1921. His portrait of Jefferson Davis in 1849, painted when Jefferson was a senator representing Mississippi, is exhibited in the National Portrait Gallery.

This lot contains animal or plant material that may be restricted under federal, state, and/or local law. Please refer to our Terms and Conditions of Sale. 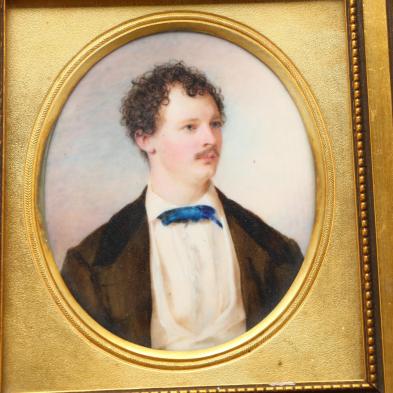 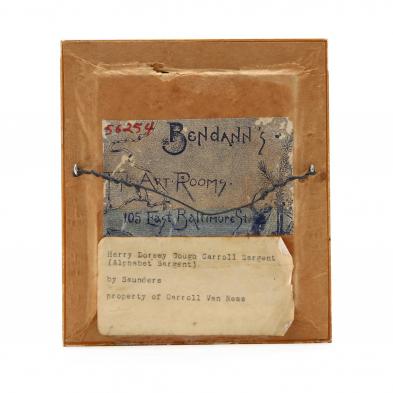