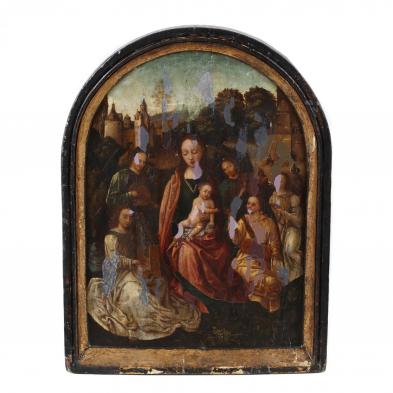 From the Collection of the late Mr. Robert Leroy Shalkop, Salisbury, North Carolina After serving in the US Army in WWII, Robert Shalkop studied at Maryville College in Tennessee before earning his Master of Arts at the University of Chicago and then pursuing postgraduate work at the Sorbonne in Paris. He was an archeologist, curator, and assistant director for several institutions including the Smithsonian Institution, the Brooks Memorial Art Gallery in Memphis, TN, and the Taylor Museum of the Colorado Springs Fine Arts Center. He served as director of the Anchorage Museum of History and Art from 1972 until his retirement in 1987. Mr. Shalkop then moved to Salisbury, NC where he offered his expertise as a museum consultant. The range of items presented in this auction display the depth and breadth of Mr. Shalkop's collecting interests.

The composition of this work relates closely to a tablet of a diptych by Hans Memlin, dating to circa 1480-1490, in the collection of the Alte Pinakothek. The Virgin is depicted in quiet contemplation while the Christ Child reaches for an apple offered by an angel with stringed instrument, possibly a vielle. Two other angels are also playing instruments, including a portative organ and lute. Beyond the figures, a bustling courtyard with guards and the towers of a fortified castle block the viewers gaze from a forested landscape. 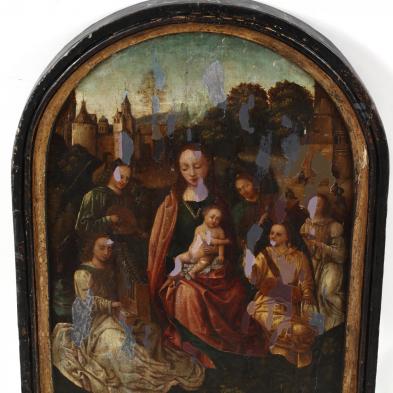 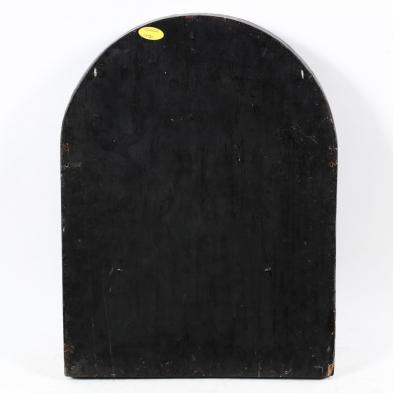