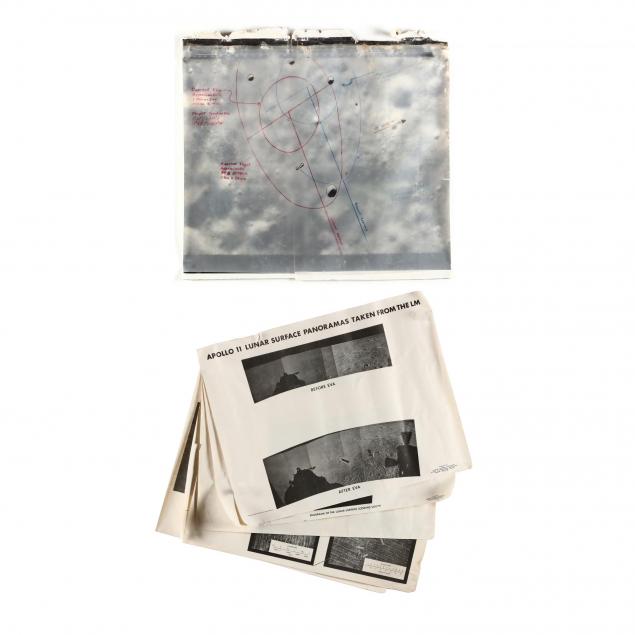 Lot 1400
Lunar Photograph Grouping Associated With the Apollo Program
Lot Details & Additional Photographs
Seven items, to include: six images documenting Apollo 11's moon landing, all credited to the "Mapping Sciences Library Science & Applications Directorate Manned Spacecraft Center" with two being dated, one to July 31, 1969 and the other to August 7, 1969; depicted are the Lunar Module's touchdown site and various panoramic views of the area; the seventh item is an undated photographic print of the lunar surface with an overlay inscribed with hand notations in black, blue and red inks- these notes indicating in red "Current Target' (twice), "Target Coordinates" and "Descent Approach" plus notes in blue reading "Target Change," "Present Target," and "Proposed Target." The helpful staff at The University of North Carolina's Morehead Planetarium in Chapel Hill have reviewed this image, concluding that "this appears to be the Apollo 14 landing site...in the Fra Mauro lunar highlands." The detailed text of their email is available to prospective bidders.

All sheets are curled from longterm rolled storage; some marginal creases and minor splits to poster edges; the aerial photograph with losses to upper edge; the penned overlay with some fading and rubbing to inscriptions. 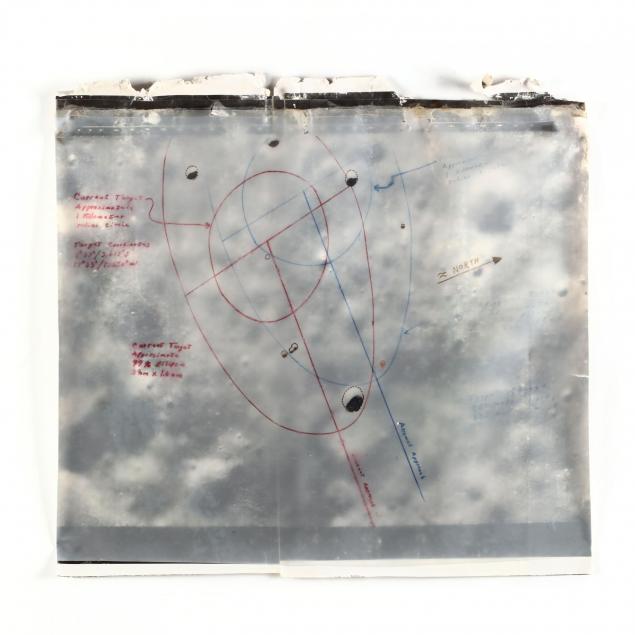 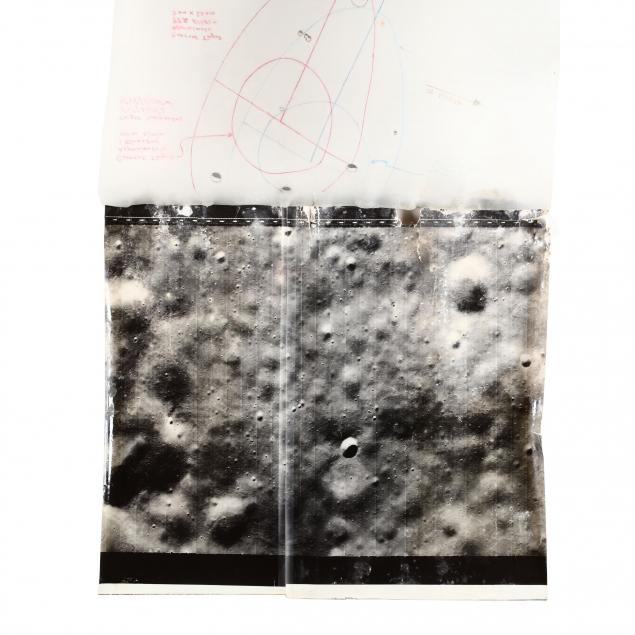 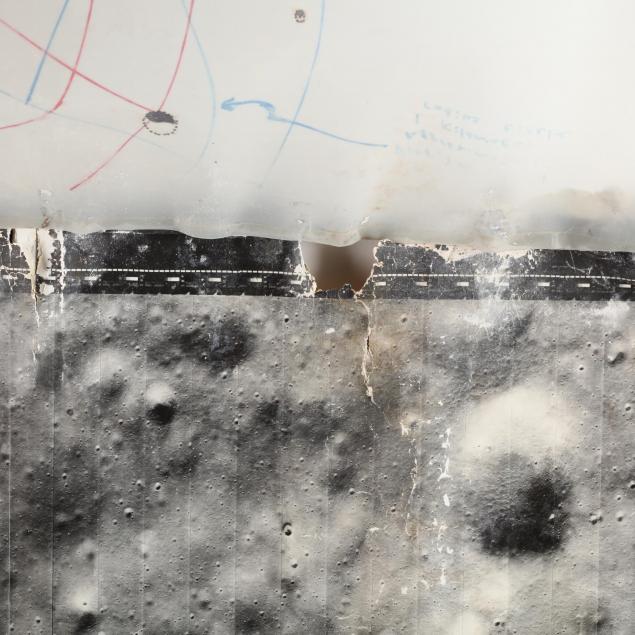 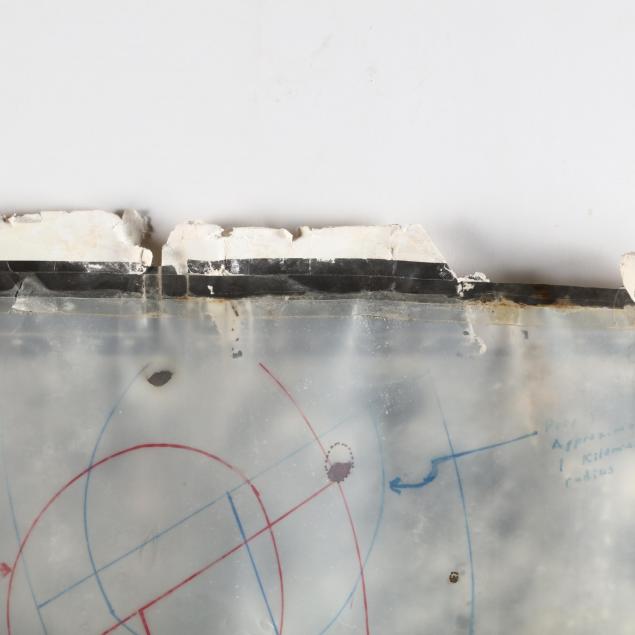 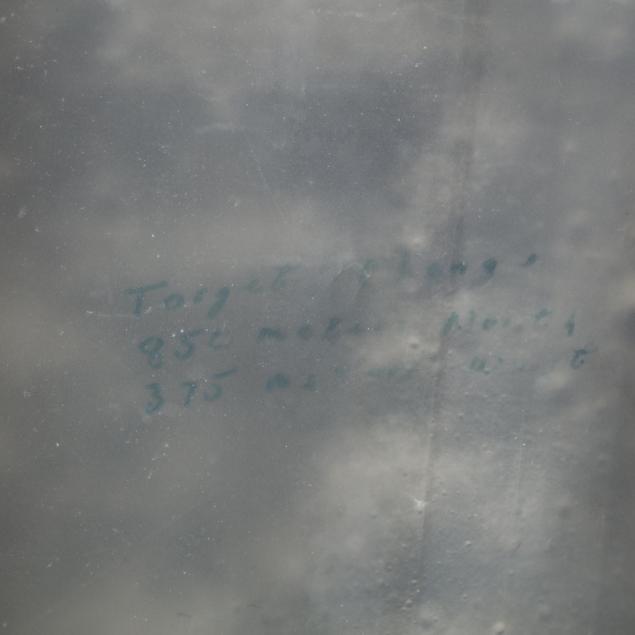 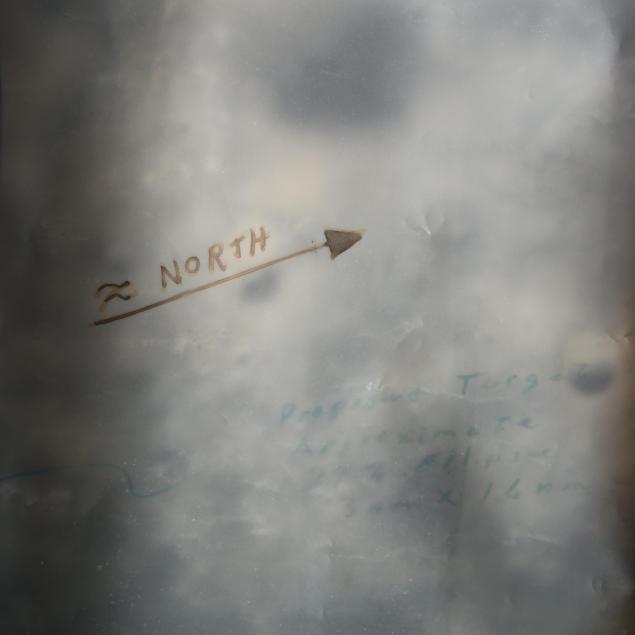 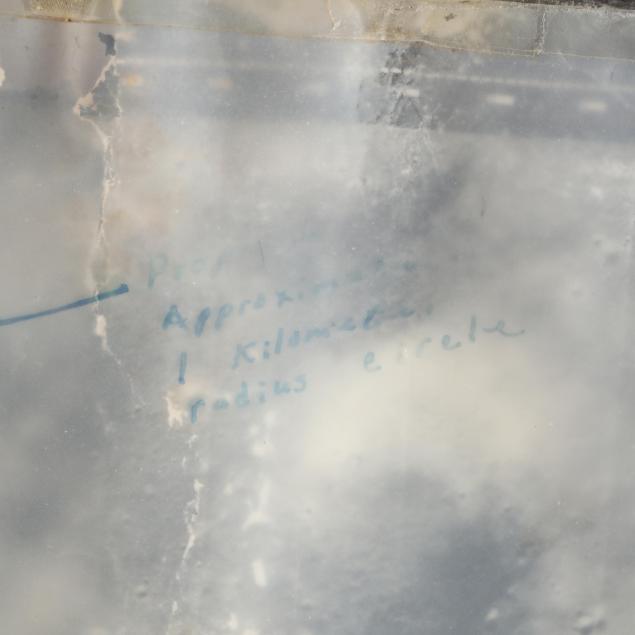 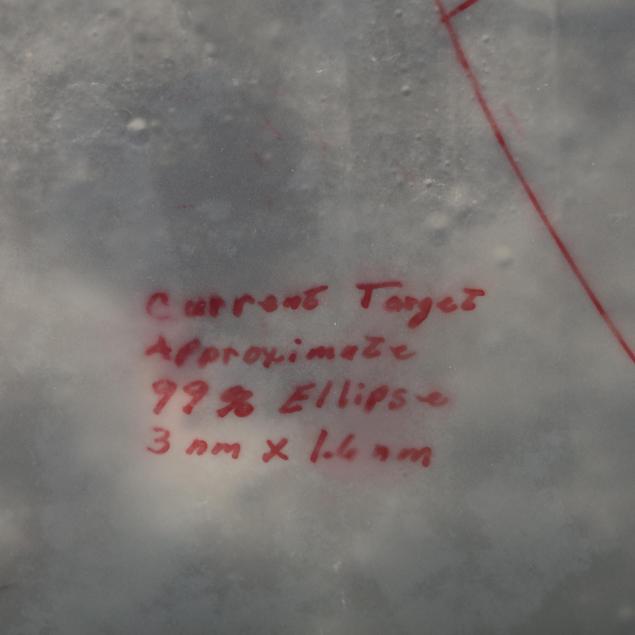 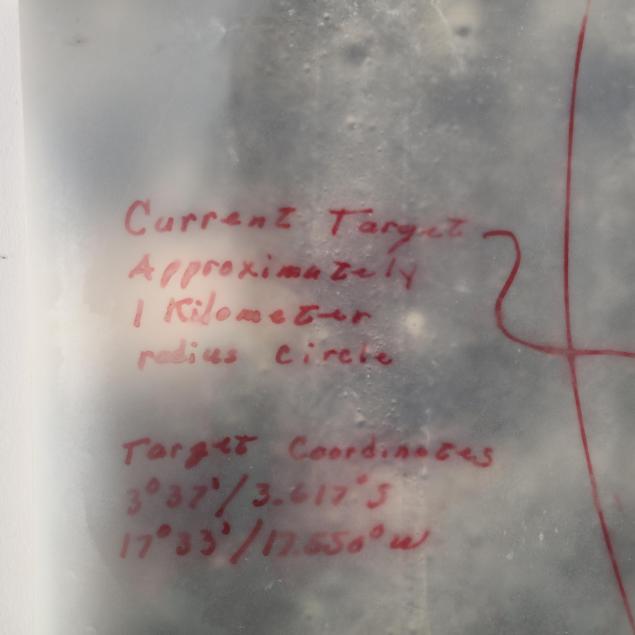 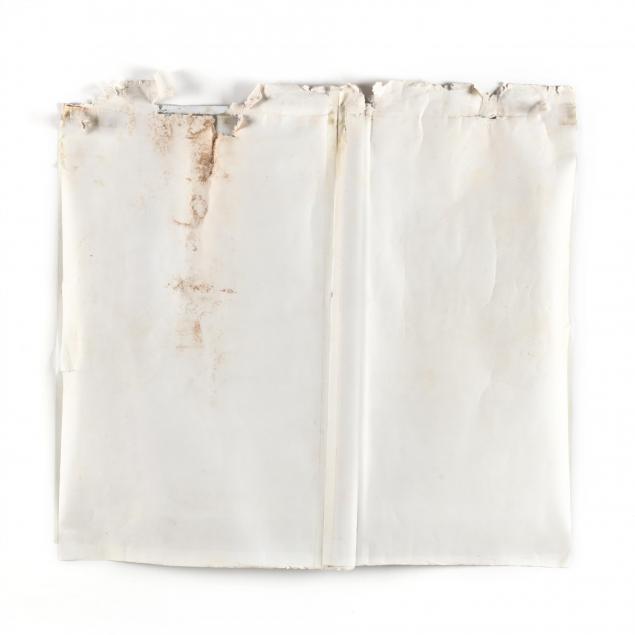 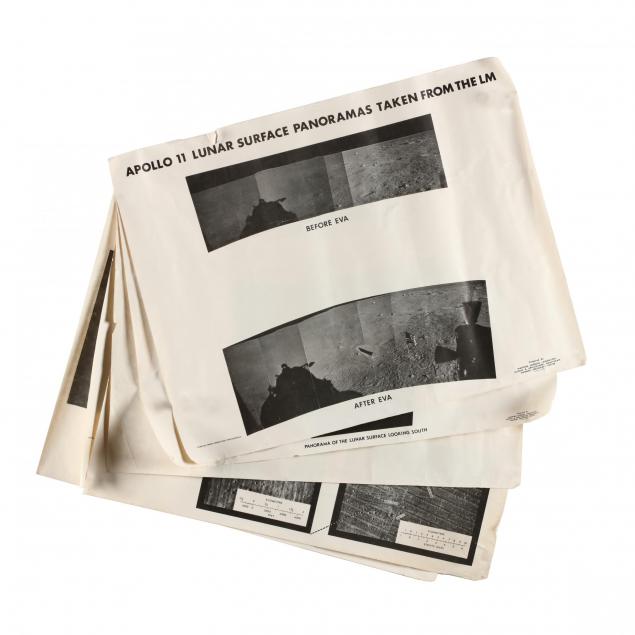 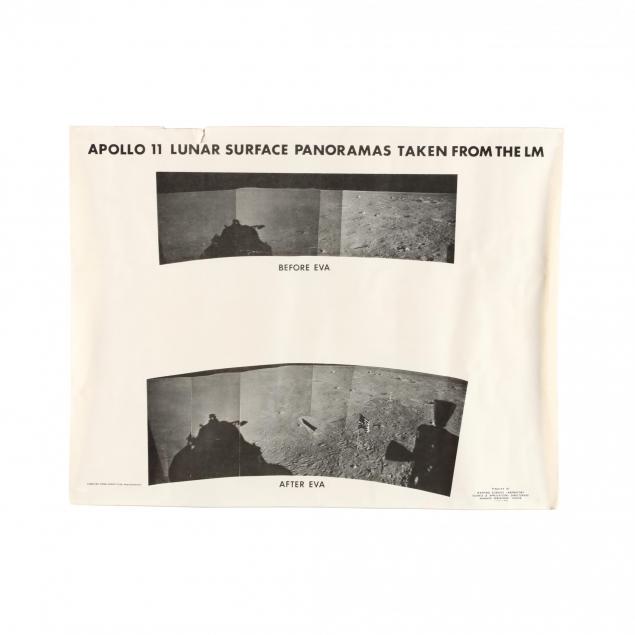 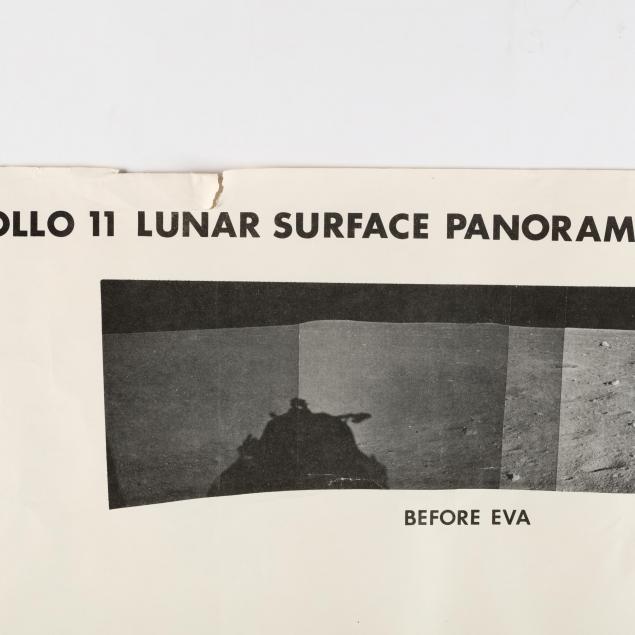 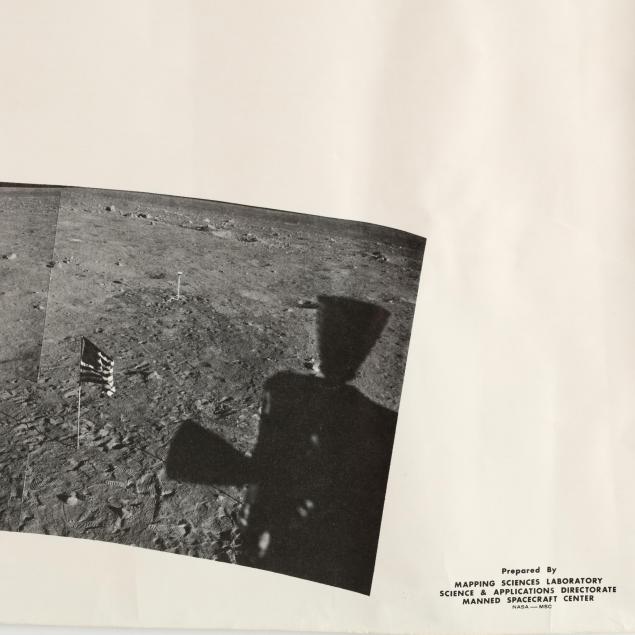 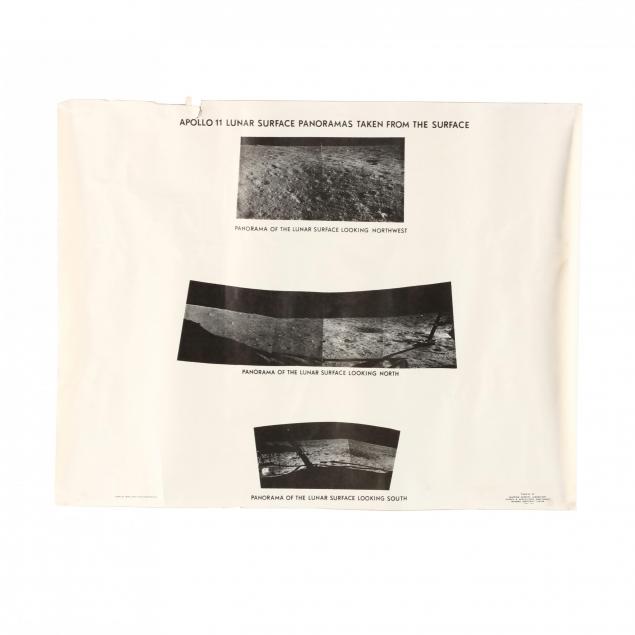 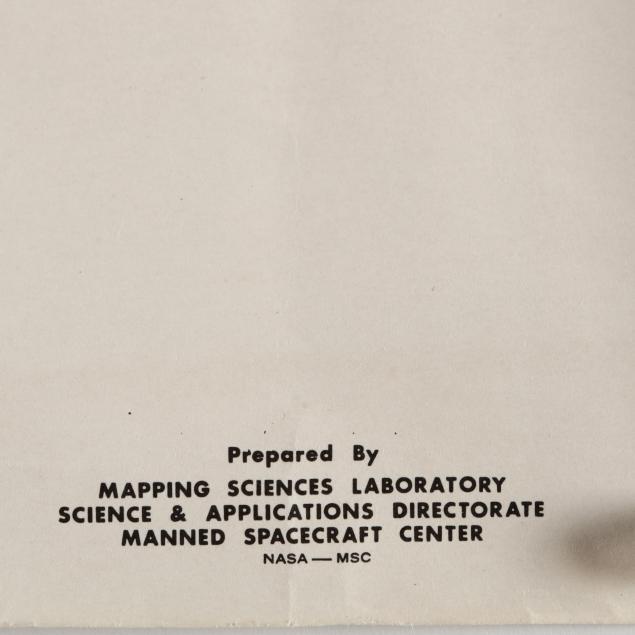 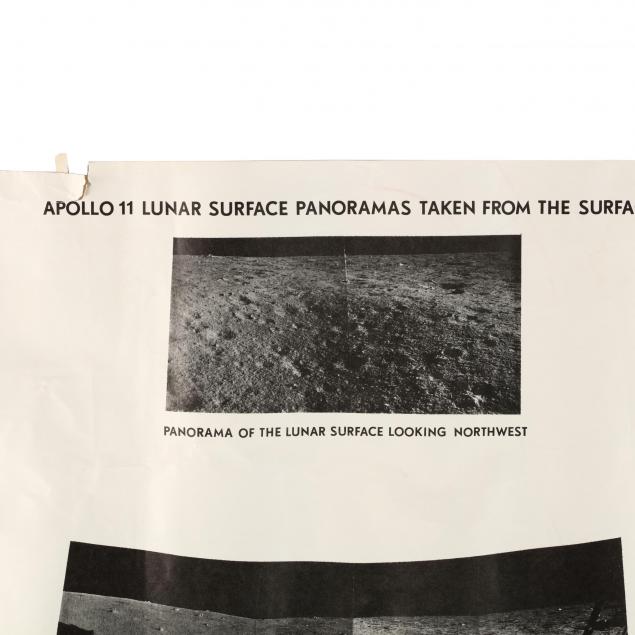 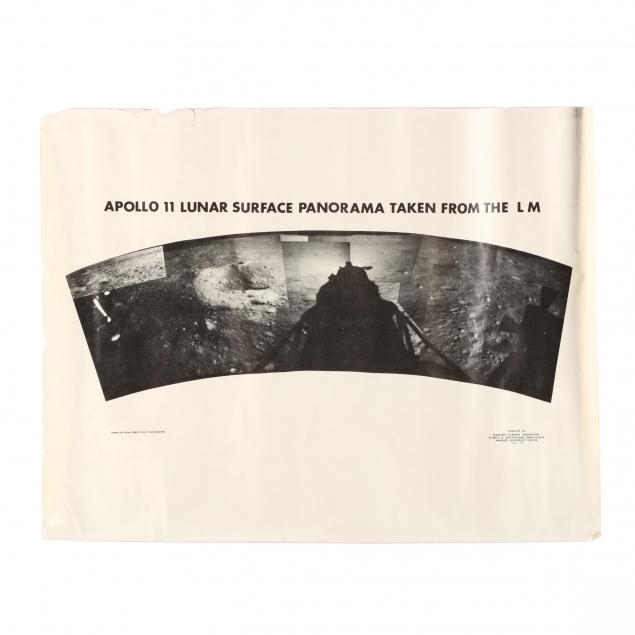 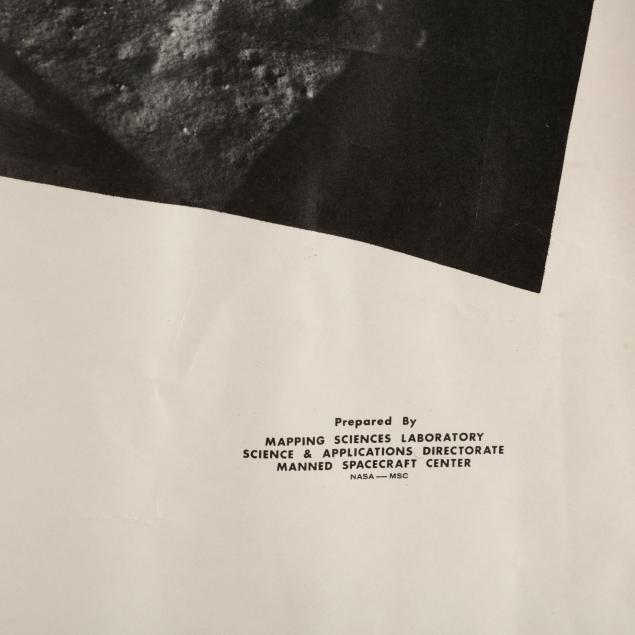 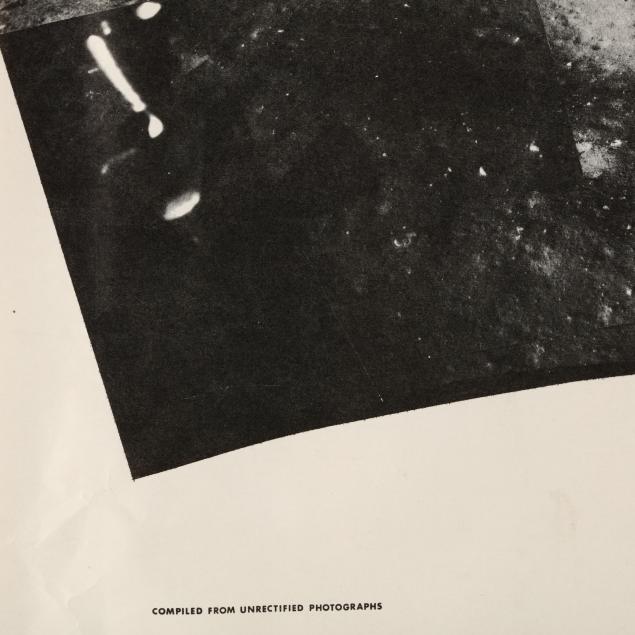 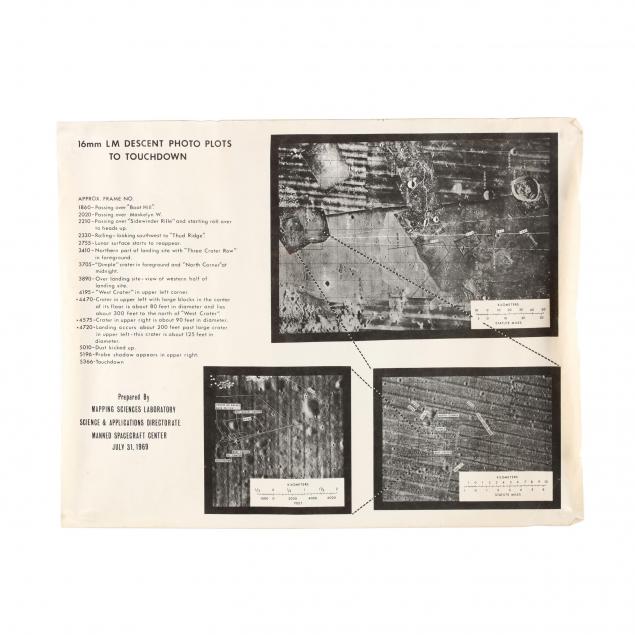 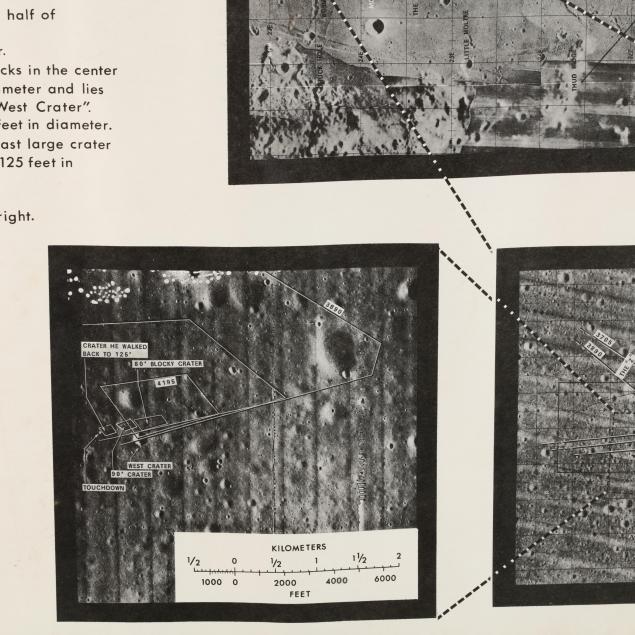 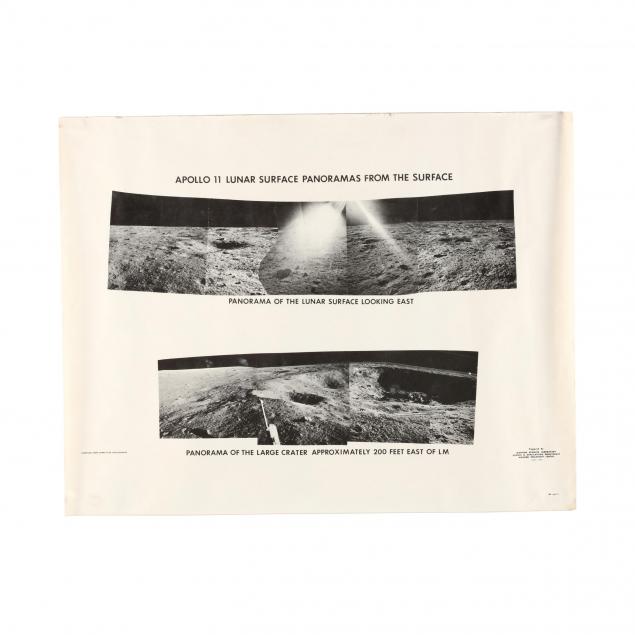 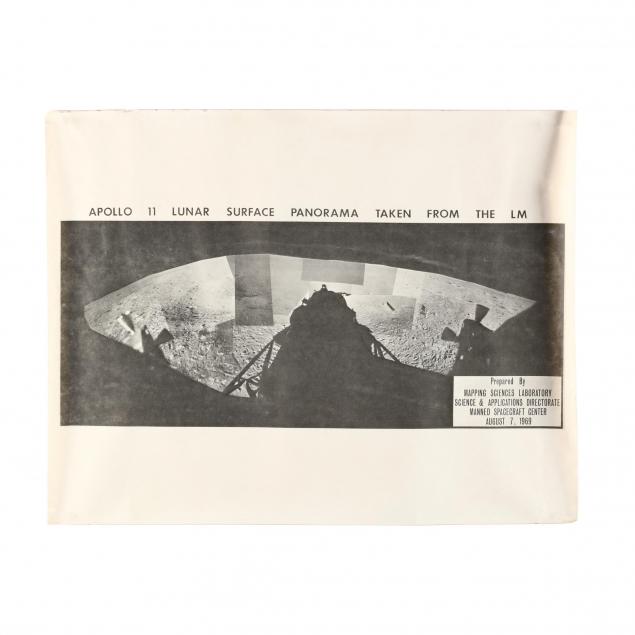 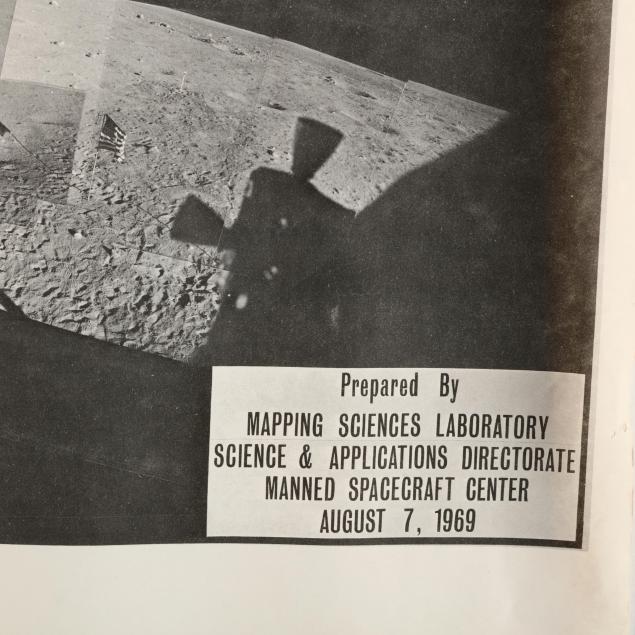