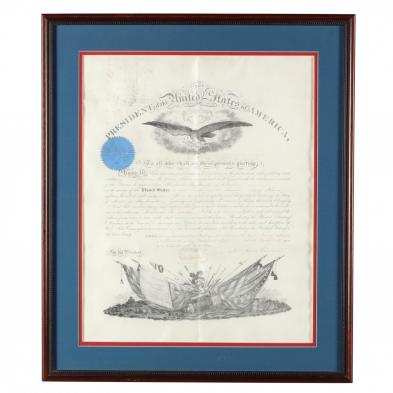 No doubt a political appointee, bureaucrat and attorney Benjamin Norris of Maine held the rank of major as the Civil War ground to a close. At war's end he found himself in Alabama and remained to participate in the state's postwar reconstruction. Norris, a Republican, represented Alabama's 3rd District in the U. S. Congress and later pursued state politics until his somewhat premature death in Montgomery.

Fold creases; fading to inscribed lines and signatures; not examined out of the frame; overall very good condition. 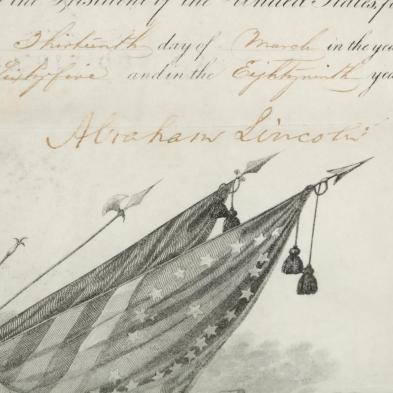 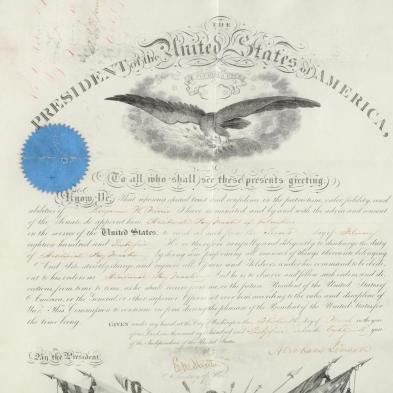