The consignor's father lived and worked in Greece for a subsidiary of Reynolds Tobacco from the 1930s until 1969. He was given this painting, and lot 220, by a Greek tobacco merchant.

Yannis (Jannis) Spyropoulos first gained international recognition when selected as one of the artists to represent Greece at the 1960 Venice Biennale and at which he was awarded the UNESCO prize. During the 1960s, Spyropolous perfected his unique technique of building texture and intrigue on a flat canvas by manipulating earthen colors and collage elements to create a luminous depth representing a cosmos in the making.

This painting will be included in the records of the Spyropoulos Foundation. 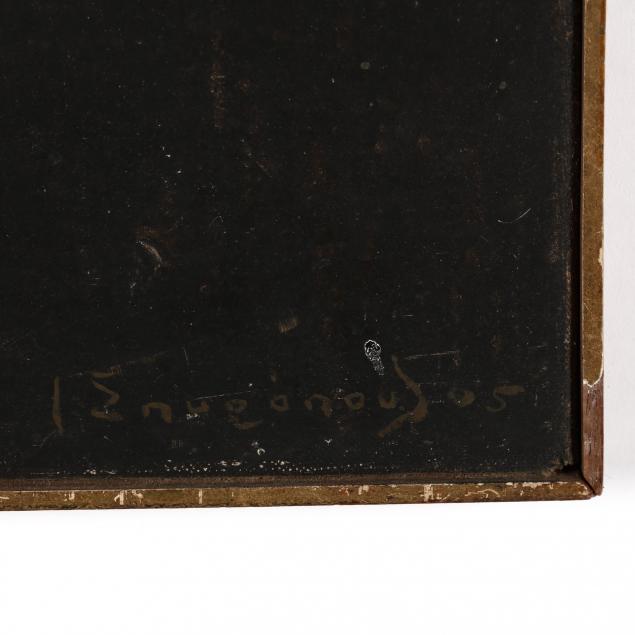 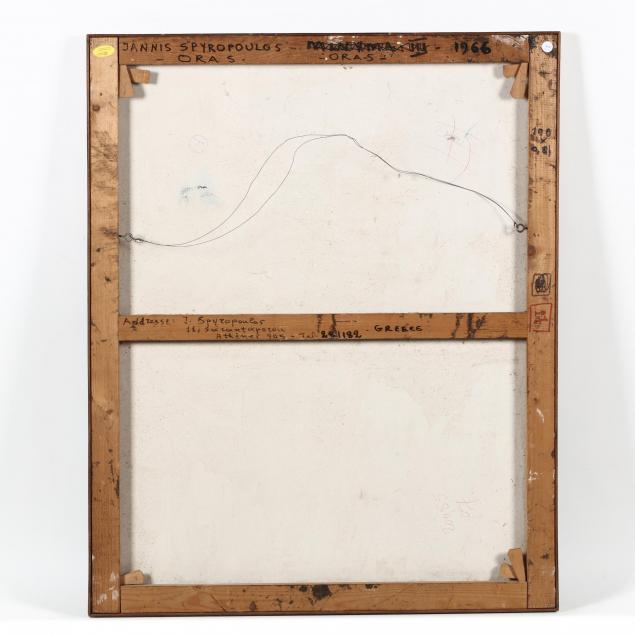 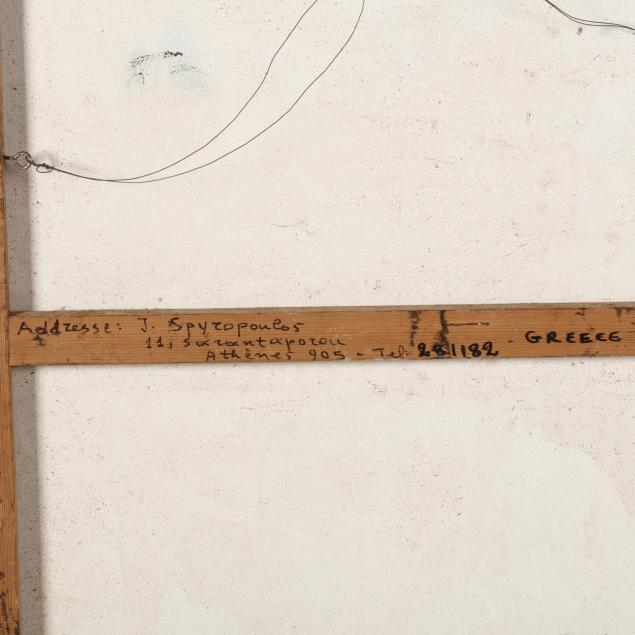 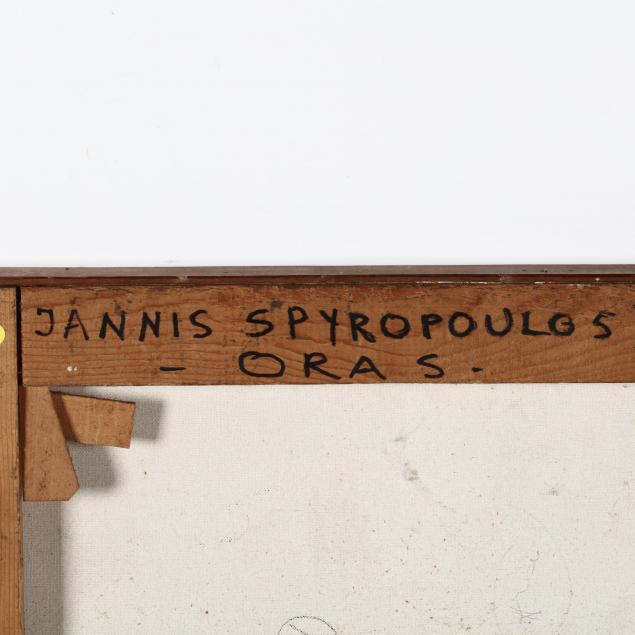