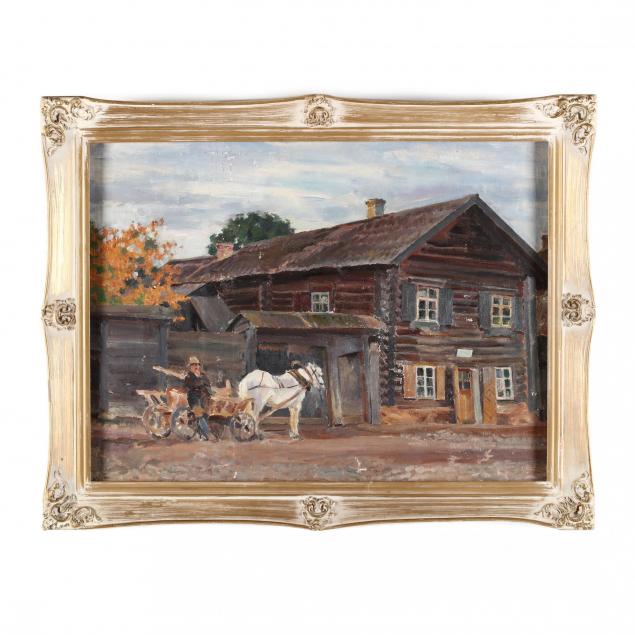 Acquired from Irene Vinogradova, the artist's widow, in the 1950s by the grandfather of the present owner.

The son of a rural priest, Sergei Vinogradov began his art studies at the Moscow Museum of Painting, Sculpture and Architecture and continued at the Imperial Academy of Arts. He was a noted Soviet realist, a member of the Peredvizhniki (The Wanderers) movement, and one of the founders of the Union of Russian Artists.

This painting was executed during the same period as Vinogradov's well received series of paintings depicting the Pskovo-Pechersky Monastery complex in 1928-1929.

Painting lifting and loss to sky; canvas in need of re-stretching; minor rubbing to surface of painting; poorly fitting frame. 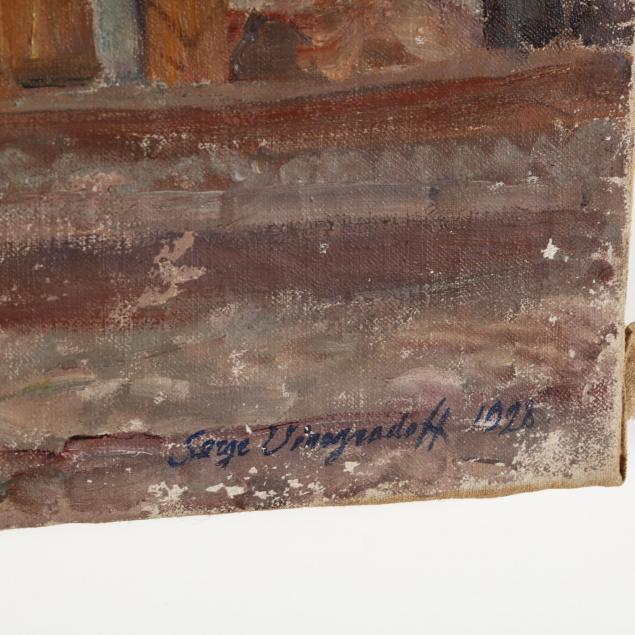 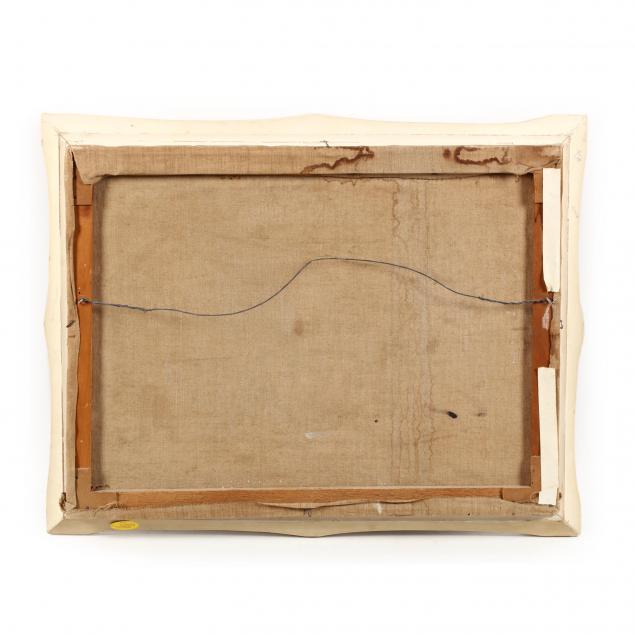