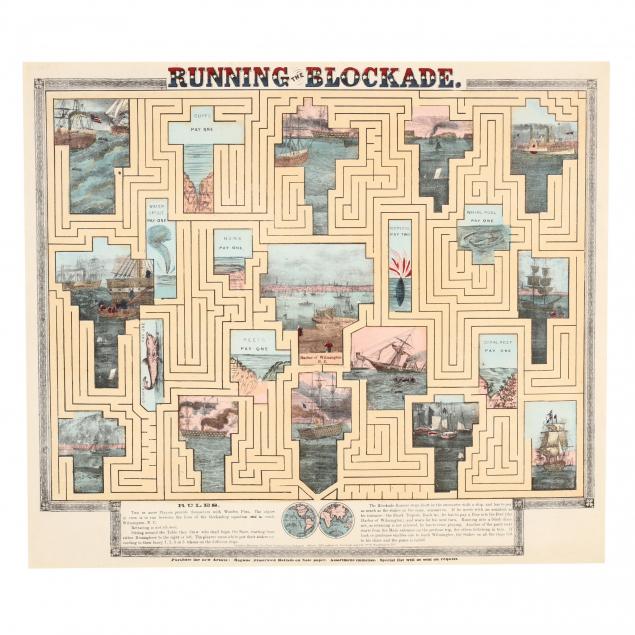 Lot 1322
Civil War Era Board Game Lithograph, Running the Blockade
Lot Details & Additional Photographs
(New York and Washington: Charles Magnus, circa 1865), with hand-coloring, the object of the game is to safely navigate past blockading ships and natural impediments into the "Harbor of Wilmington N.C." Professionally displayed in a wooden frame behind a creme mat under glass.

This rare production is generally dated to the period 1861-1865, however late 1864 is the earliest it could have been published since one of its vignettes depicts the September 1864 sinking of the CSS Alabama. Two other familiar scenes present are from 1861 and respectively depict the Confederate raider Nashville and the "Trent Affair." This game was an ambitious oversize product for the Magnus printing company as they were primarily suppliers of patriotic stationery and penny songsheets during the war years. 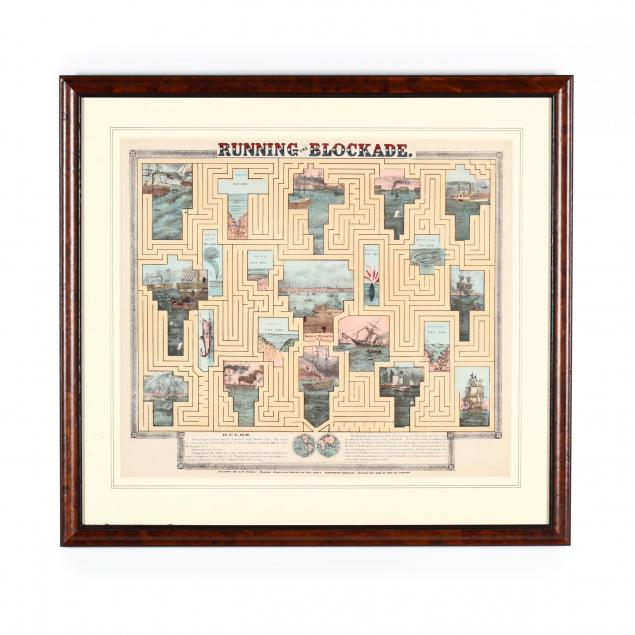 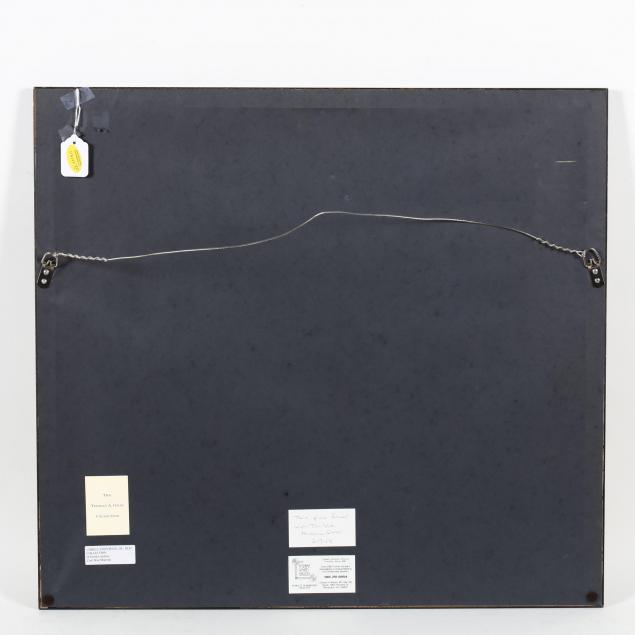 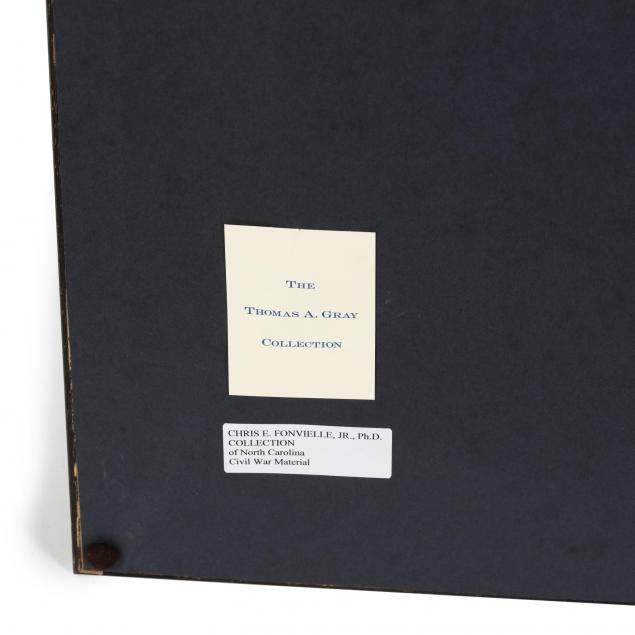 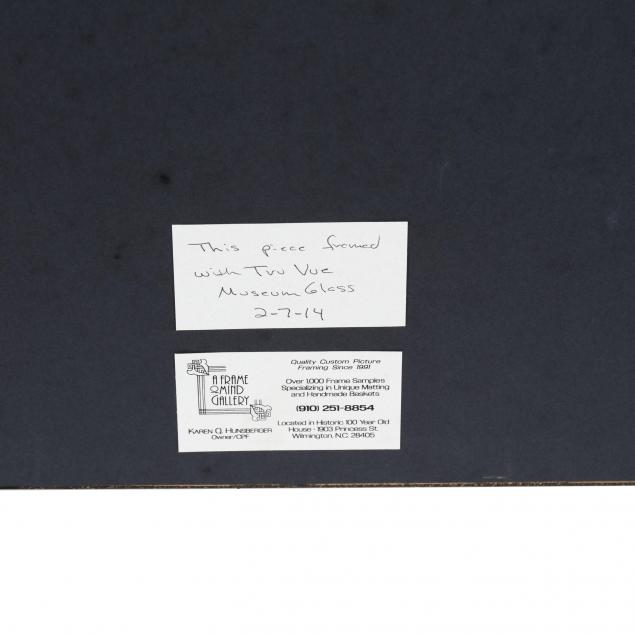