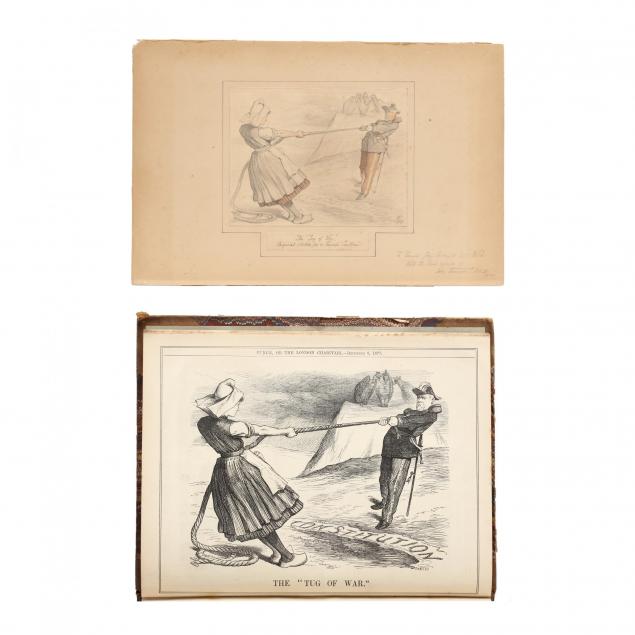 Lot 1375
Sir John Tenniel (British, 1820-1914), The 'Tug of War'
Lot Details & Additional Photographs
Graphite on paper with sparse coloring, signed lower right with monogram and dated 1877. Beneath his manuscript title the artist dubs this an "Original sketch for a Punch 'Cartoon'." A personalized inscription in the lower right margin reads "To Francis John Corbould Esq. M.D. with the kind regards of John Tenniel. Feb. 25. 1878. The drawing was published as page 259 in the December 8, 1877 issue Punch. Or The London Charivari. Included with the cartoon is a bound compilation of Punch for the year 1877, plus a "JT" monogrammed postal cover from February 23, 1878 addressed by Tenniel to Edward H. Corbould.

John Tenniel is best known for his enduring work as the illustrator of Alice's Adventures in Wonderland by Lewis Carrol.

The cartoon with a chip to the top left corner of its mount; overall age toning; the book with a gentleman's library plate, expected wear and aging. 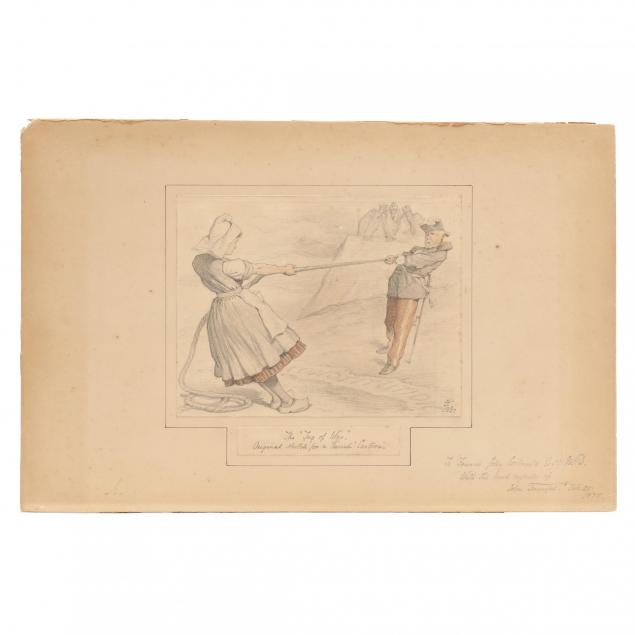 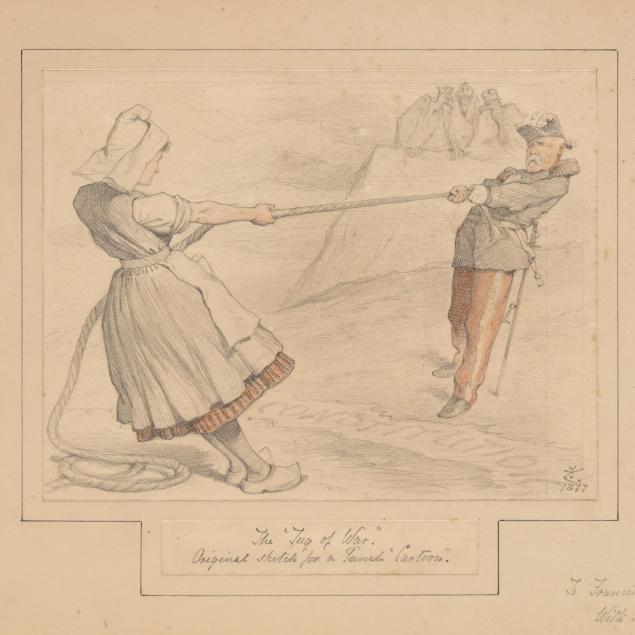 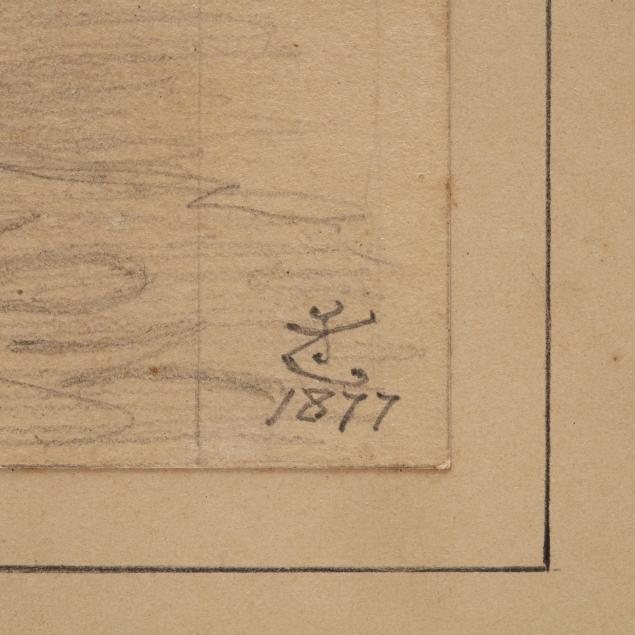 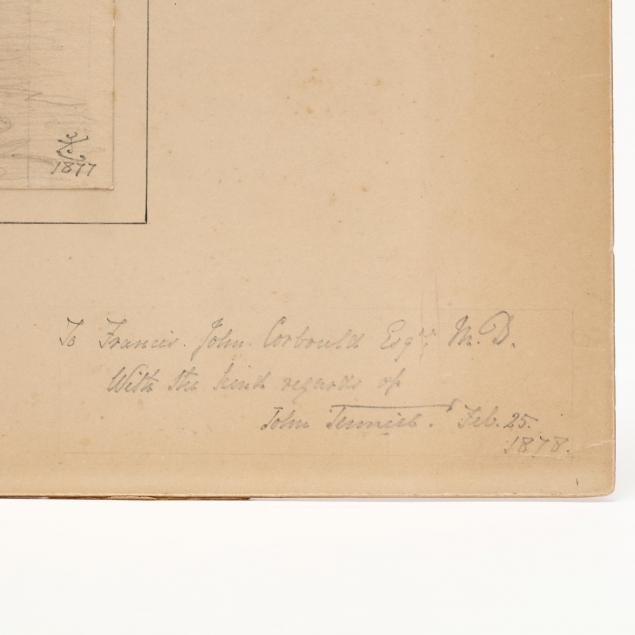 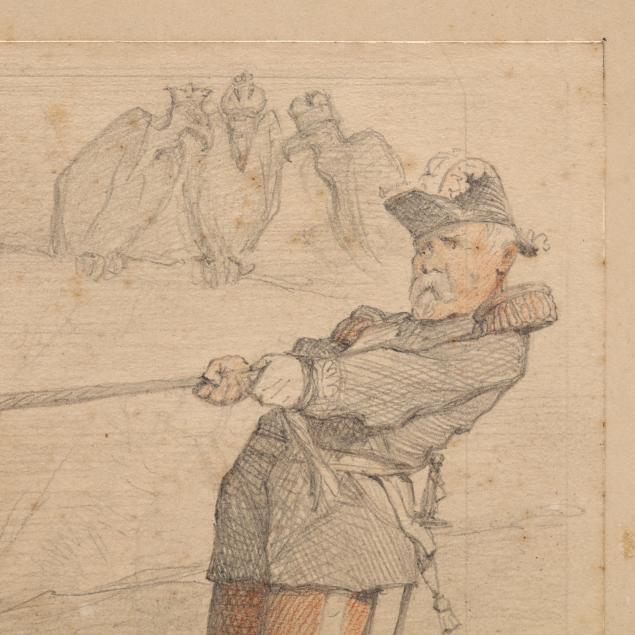 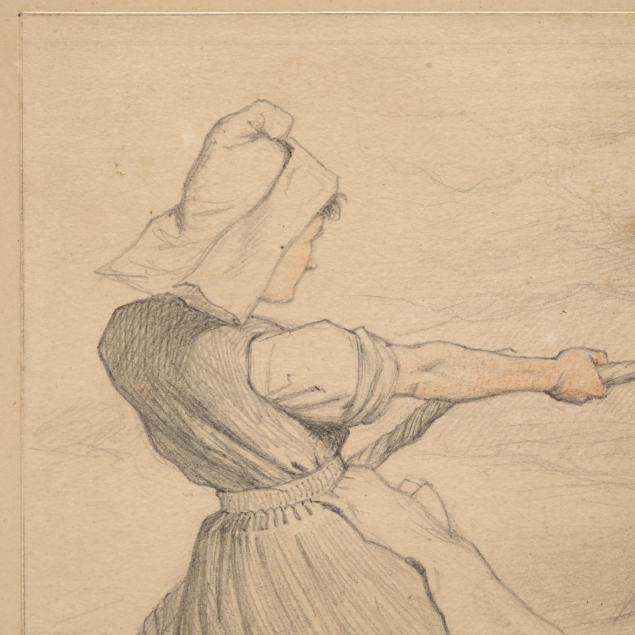 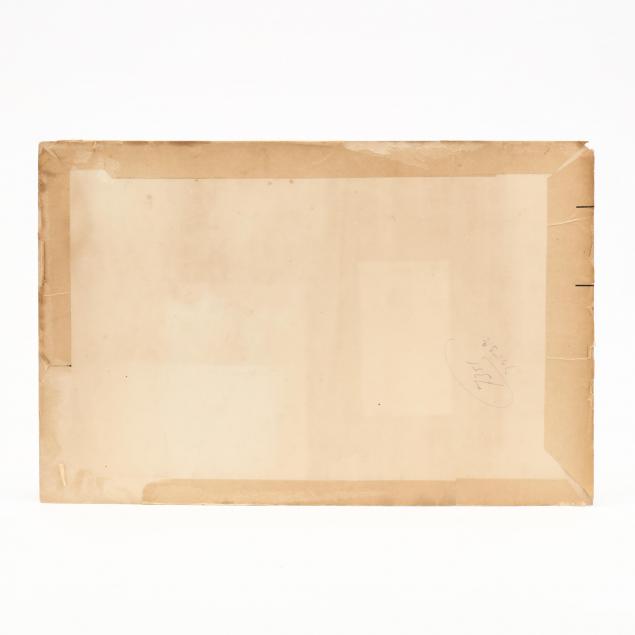 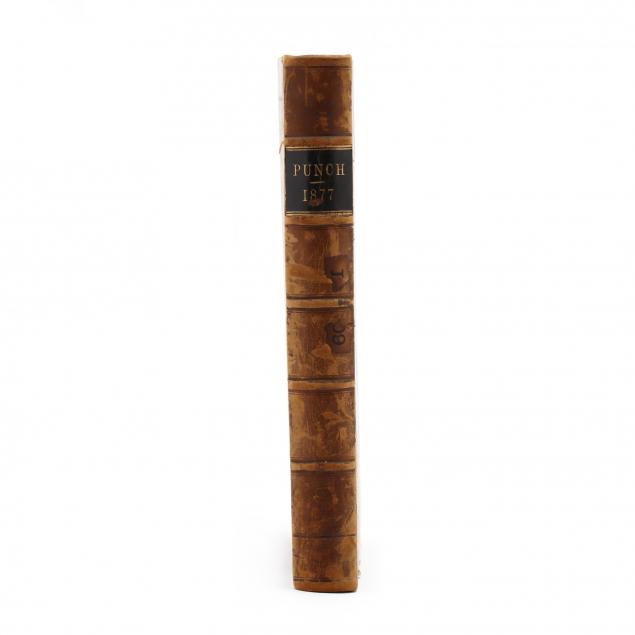 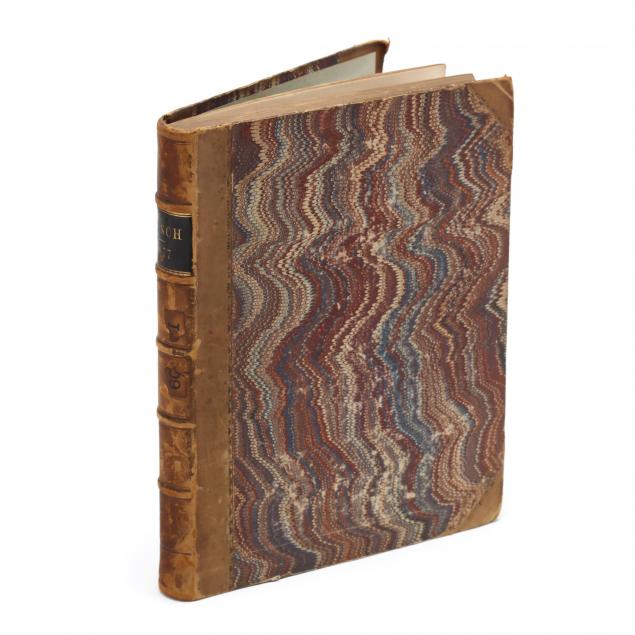 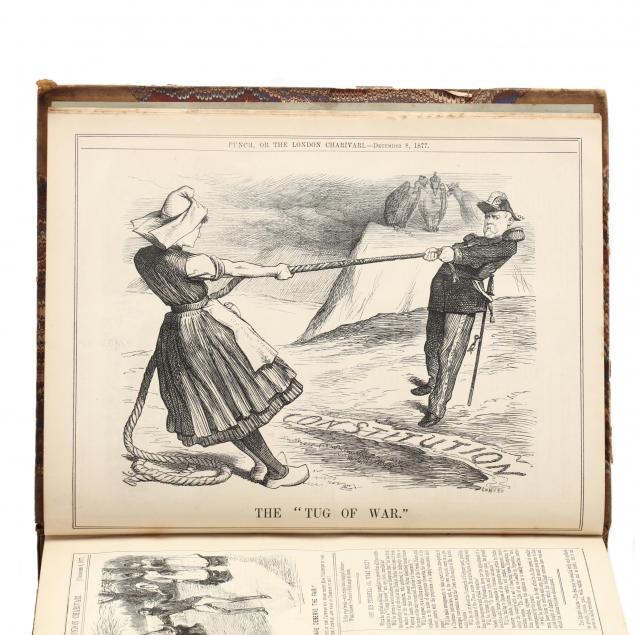 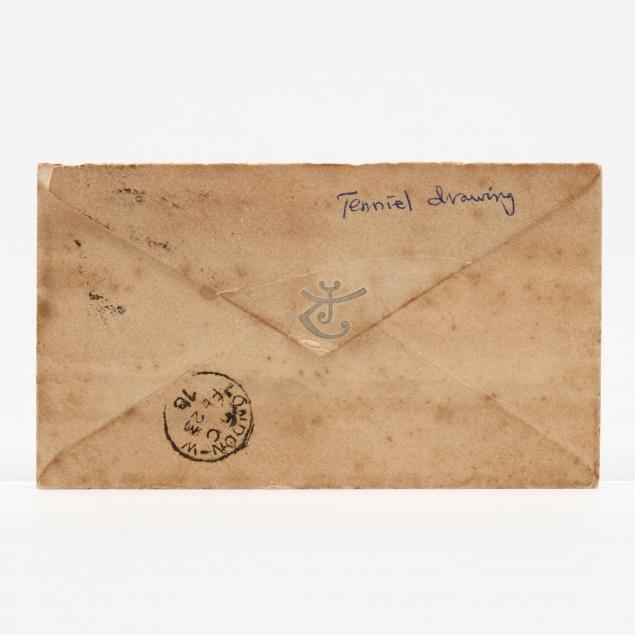 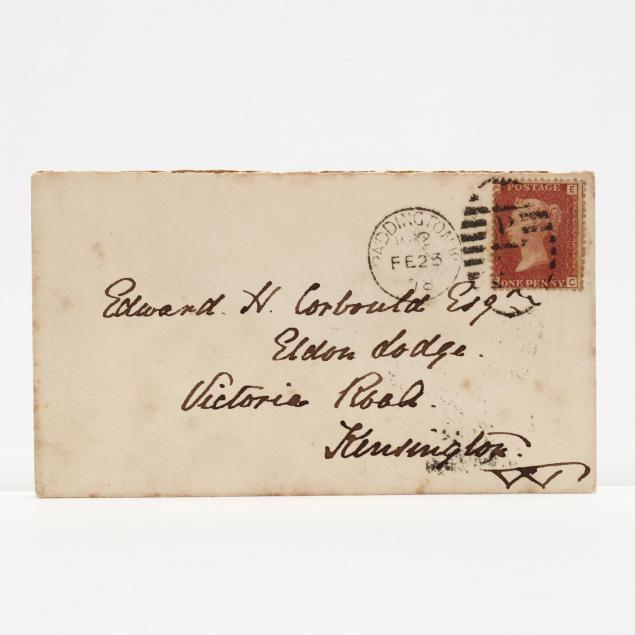