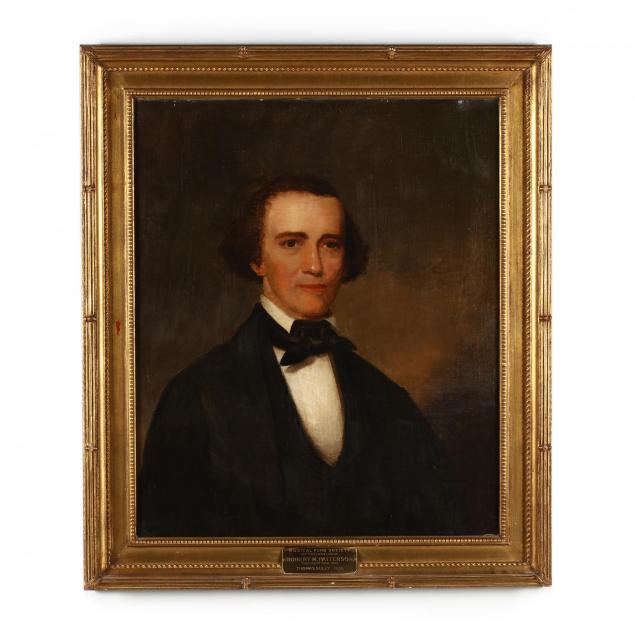 From the Collection of Colonel and Mrs. Gordon Roberts, Fayetteville, North Carolina

Robert Maskell Patterson (1787-1854) was born in Philadelphia. He was a professor of natural philosophy at the University of Pennsylvania and later served as director for the US Mint from 1835 to 1851. He was President of the American Philosophical Society, a founder of the Franklin Institute and also a founder of the Musical Fund Society of Philadelphia.

A portrait of Dr. Patterson is documented in Thomas Sully’s Register of Portraits. The register notes that Sully’s portrait is “from a Port. by Du Bois,” referring to Samuel Fisher Du Bois (1808-1889) of Doylestown, Pennsylvania. 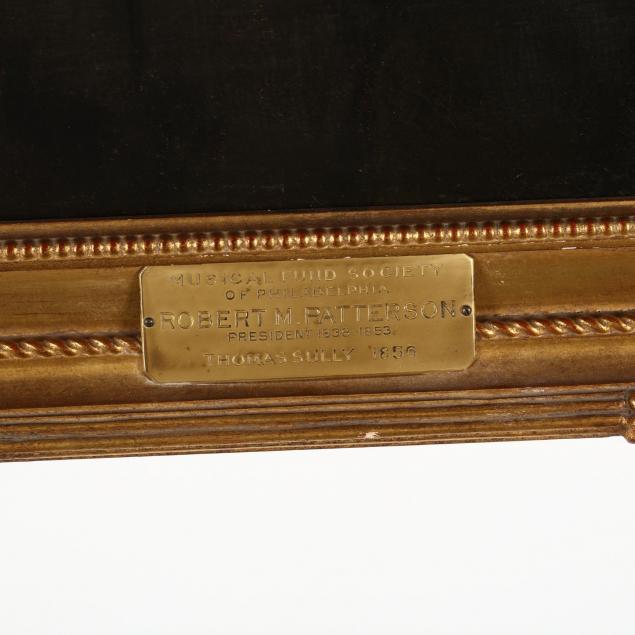 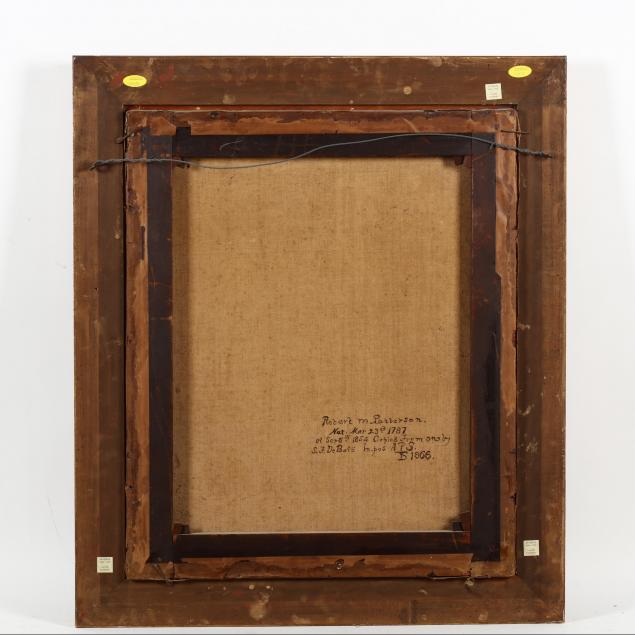 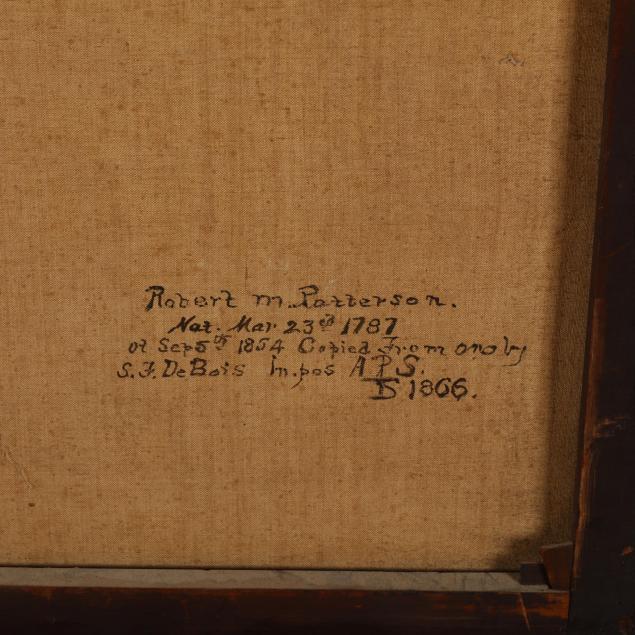