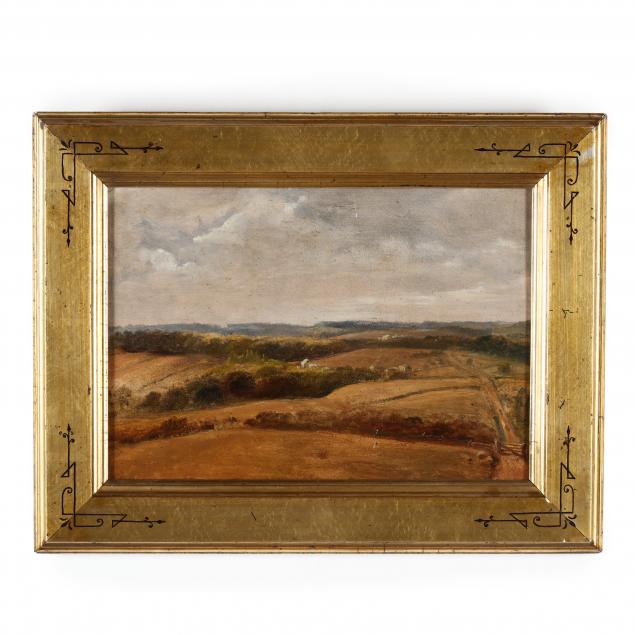 From the Collection of Colonel and Mrs. Gordon Roberts, Fayetteville, North Carolina

Inscribed to the verso as follows:
"Sketch from nature by John Neagle Sept. 12th 1838 / view at midday looking from Osborne's Hill over / the Brandywine with Birmingham Battleground / on the left and near the spot where Genr. Lafayette / was wounded in the foot during the Revolutionary / War. The scene lies near West Chester in Chester county / Presented by the artist to his affectionate and / talented pupil Esther Strode of Strodesville, Penn." 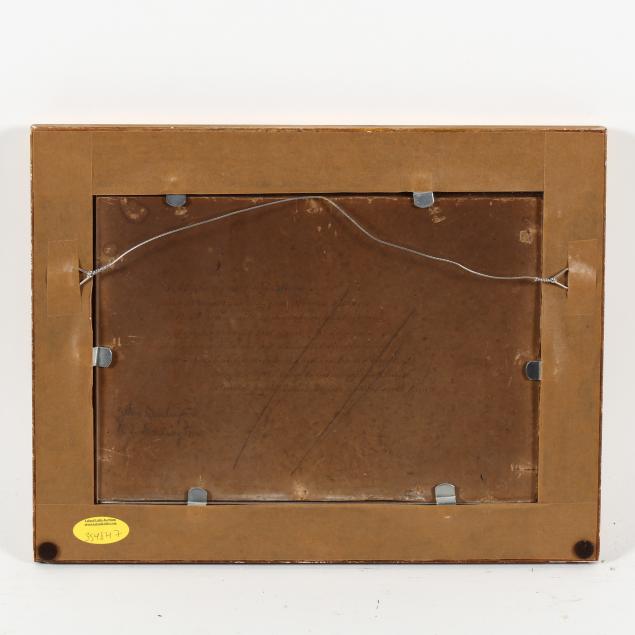 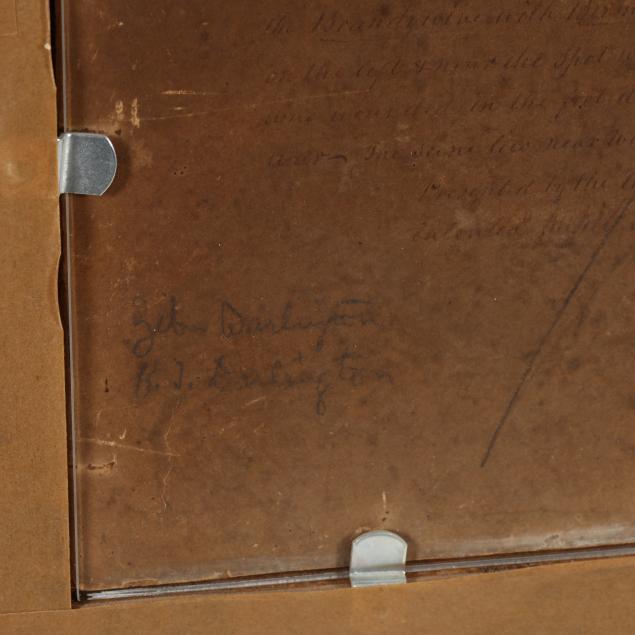 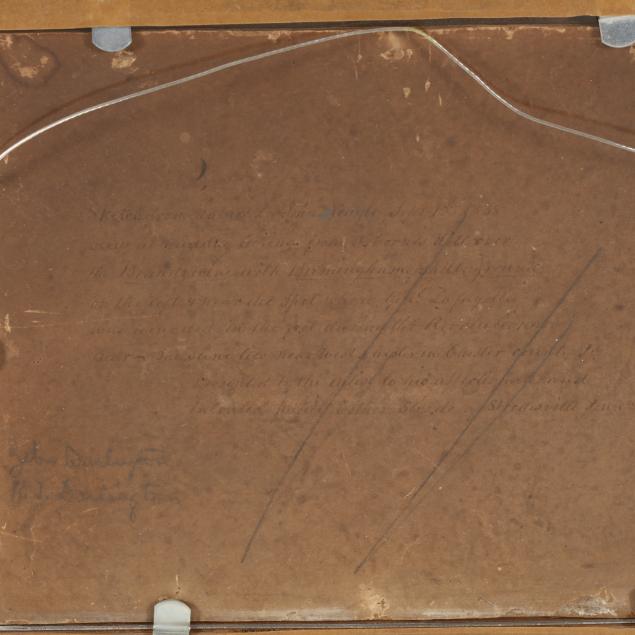