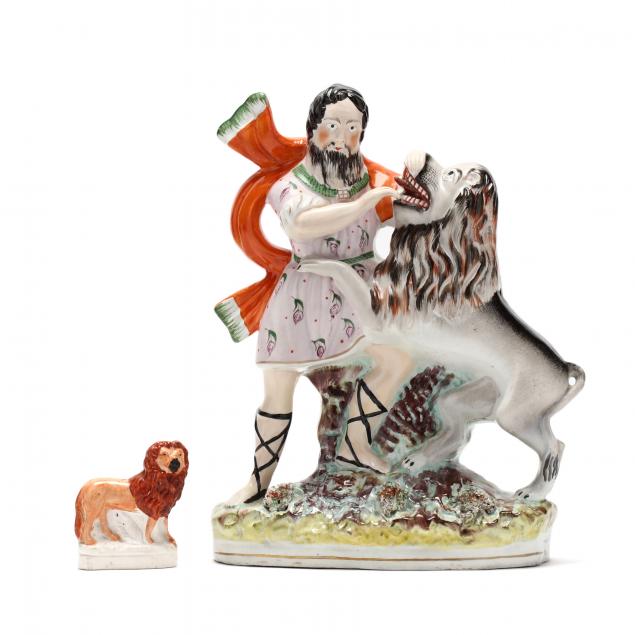 Staffordshire Figural of The Lion Tamer

Isaac A. Van Amburgh (1808 - 1865) was a famous animal trainer or lion tamer in the early 19th century. He often performed with lions, tigers and a panther, his act was a popular entertainment at a time when the populous seldom encountered exotic animals. 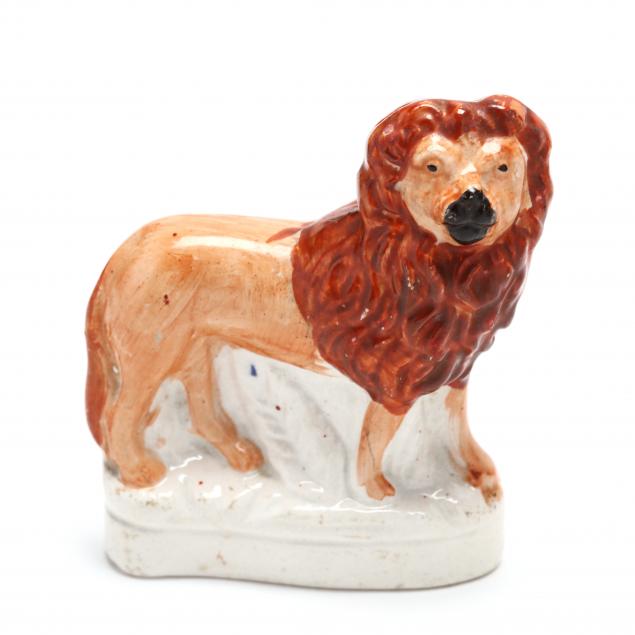 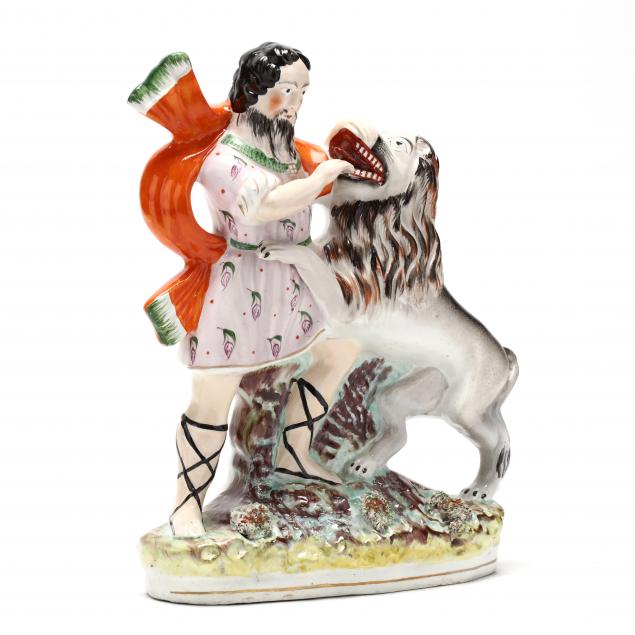 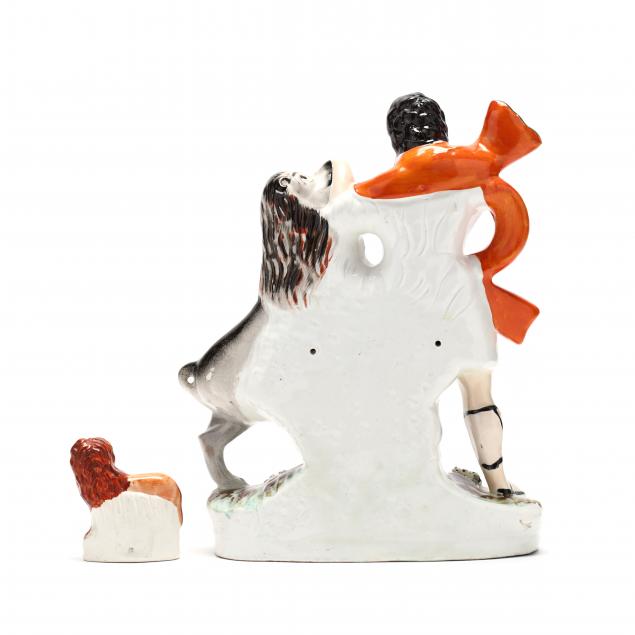 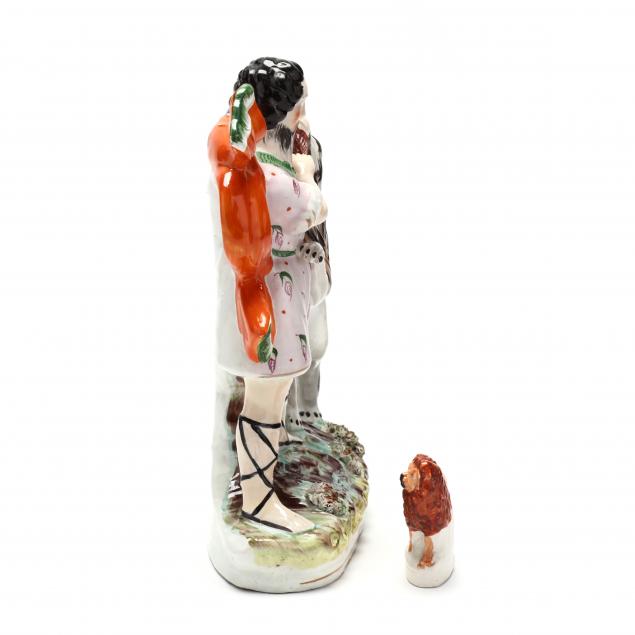 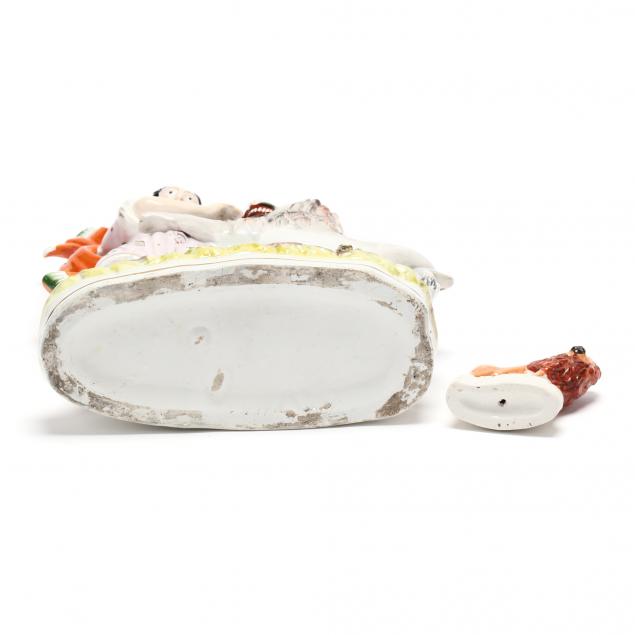 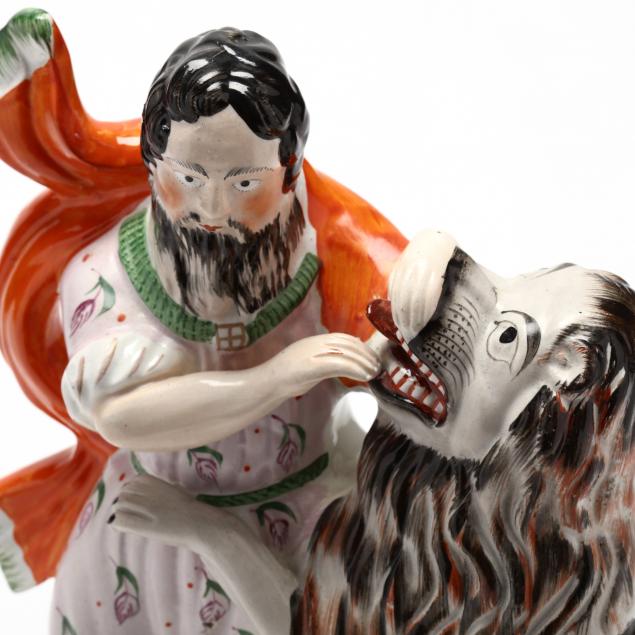