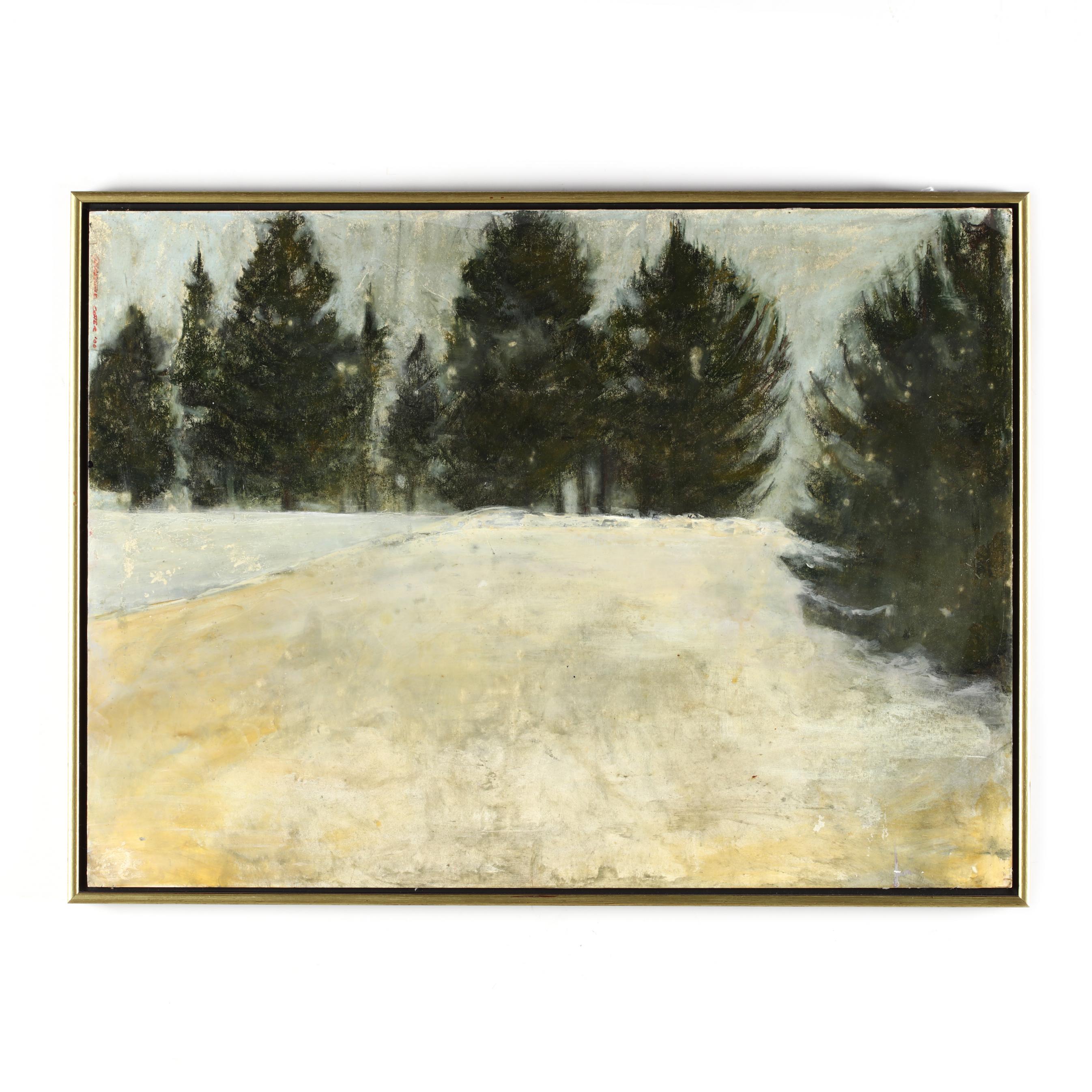 Lot Details & Additional Photographs
Oil on paper on board, signed and dated 2000 at upper left, inscribed and titled on the verso, presented in the original floater frame.

Raised in Montana, Cotter began her art studies in earnest while living in Austin, MN. She moved to NC in 1985 and earned her MFA from UNC-Chapel Hill. She was represented by Somerhill Gallery, with solo shows in 1994, 1999, 2001, and 2004.

Minor lifting of paper board at corners; minor nicks to frame. 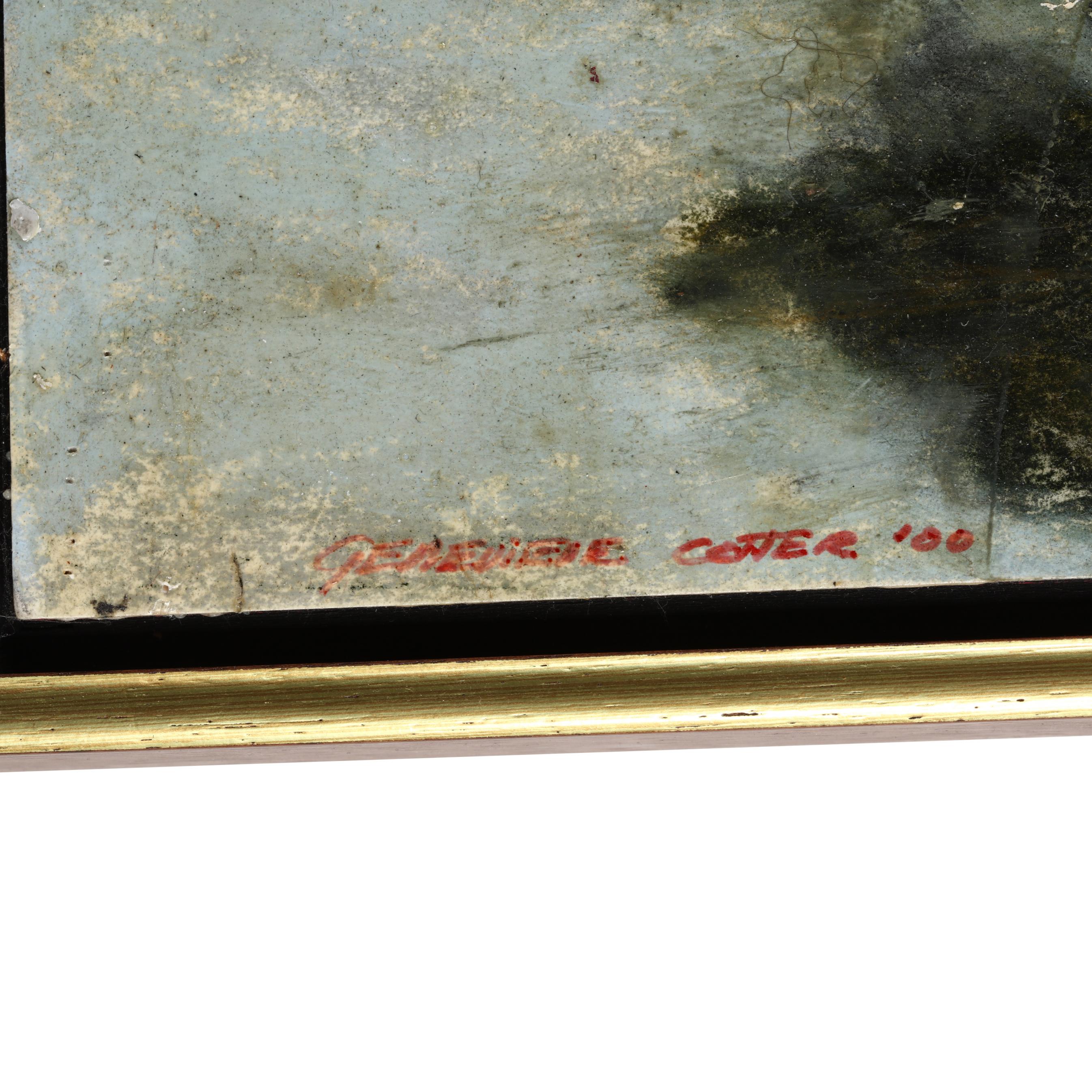 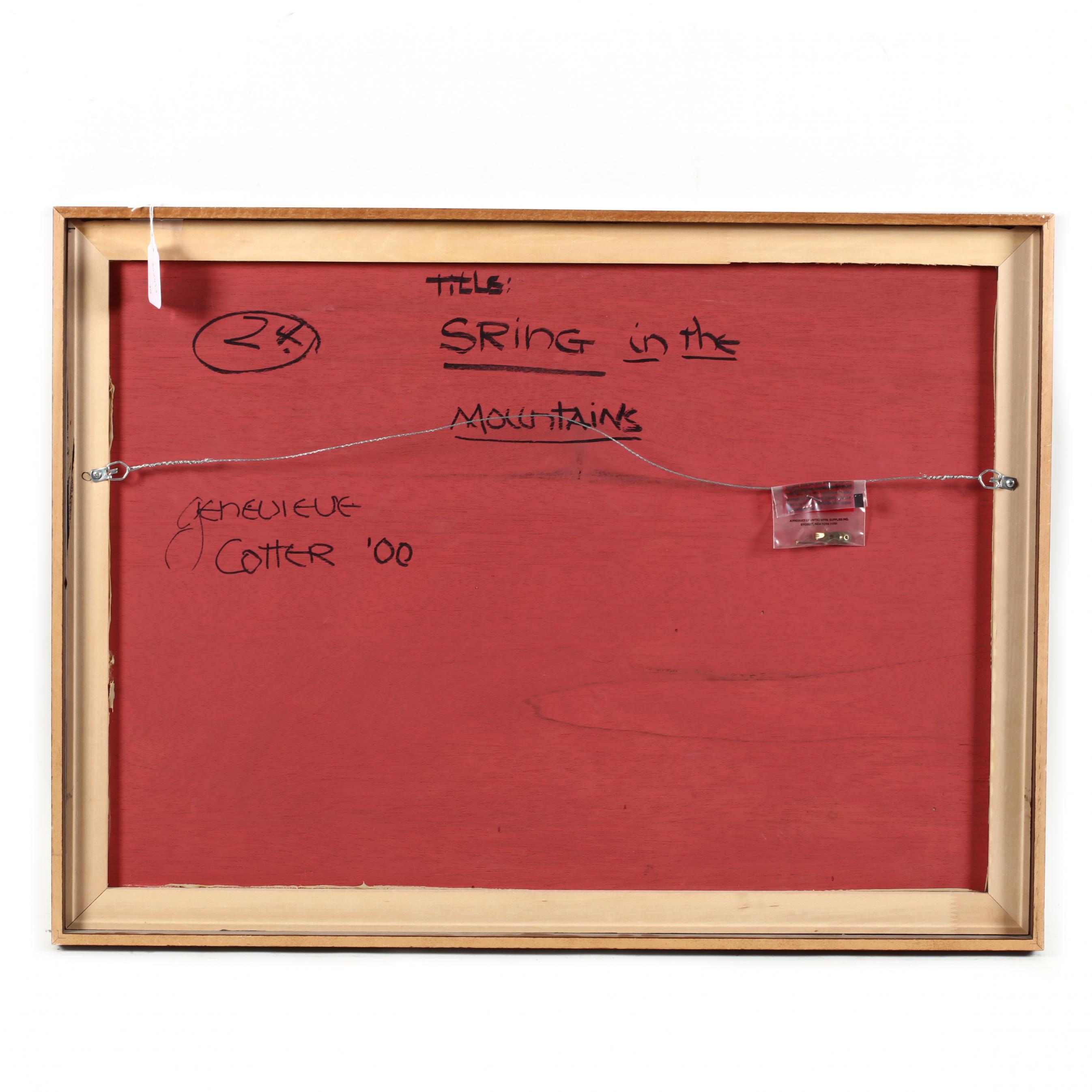