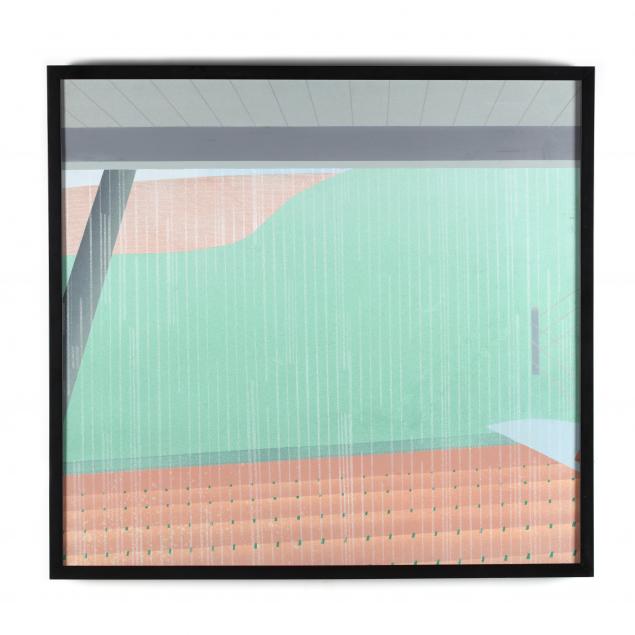 Several stable checks to board along right side of painting. 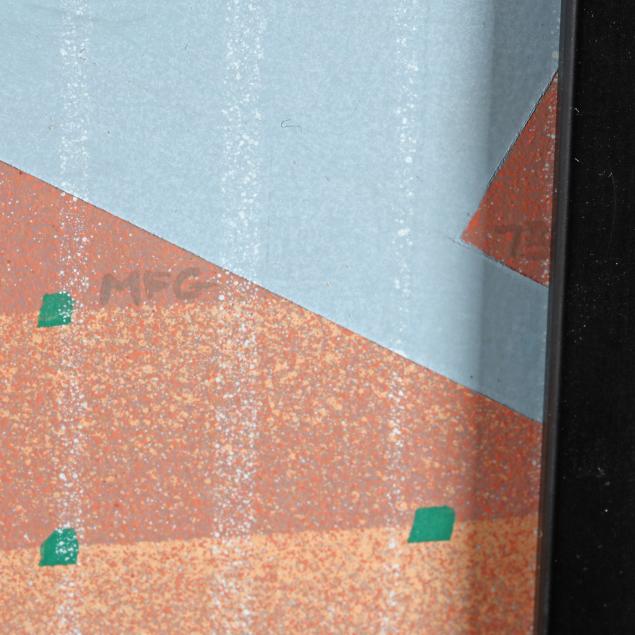 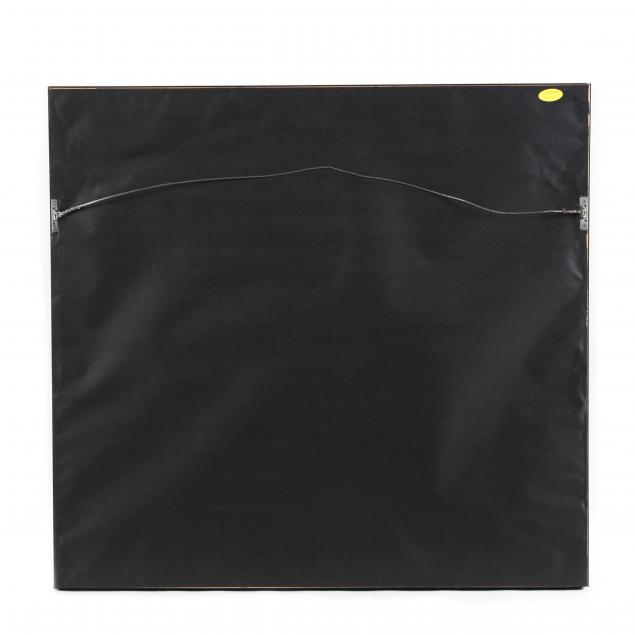