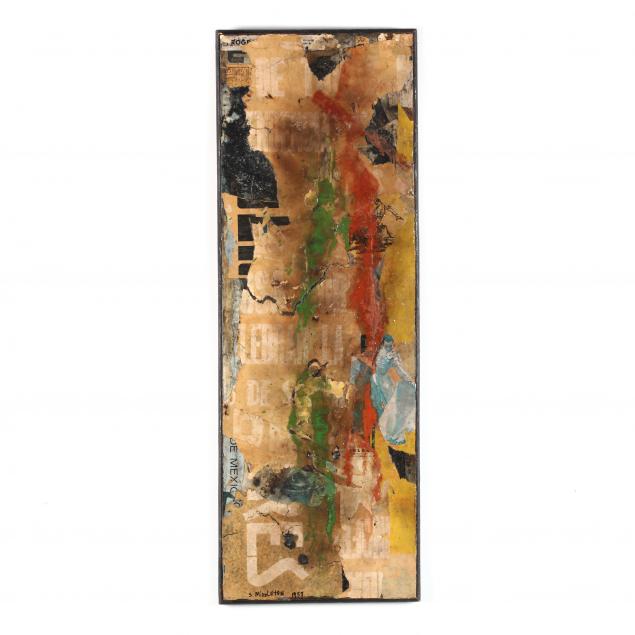 From the Estate of the late Mary L. Hill, Chapel Hill, North Carolina

Raised in Harlem, Sam Middleton joined the Merchant Marines in 1944. After a decade back in New York City, he left the United States for good in 1956. That year he was awarded a scholarship from the Instituto Allende in Mexico City; the year he was first able to focus full time on his art. This period was also when he developed what would become his signature medium - collage. The date of this painting is particularly important, as 1957 was the year of his first solo show, mounted at the Galería Excelsior, Mexico City.

Some yellowing to varnish. 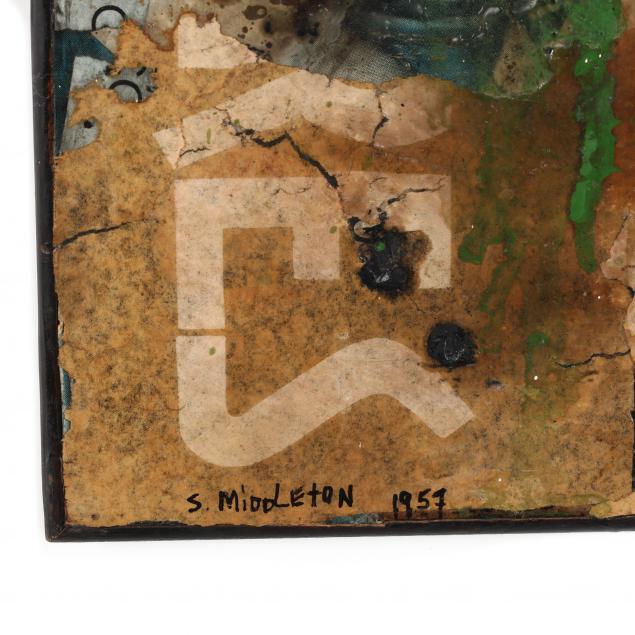 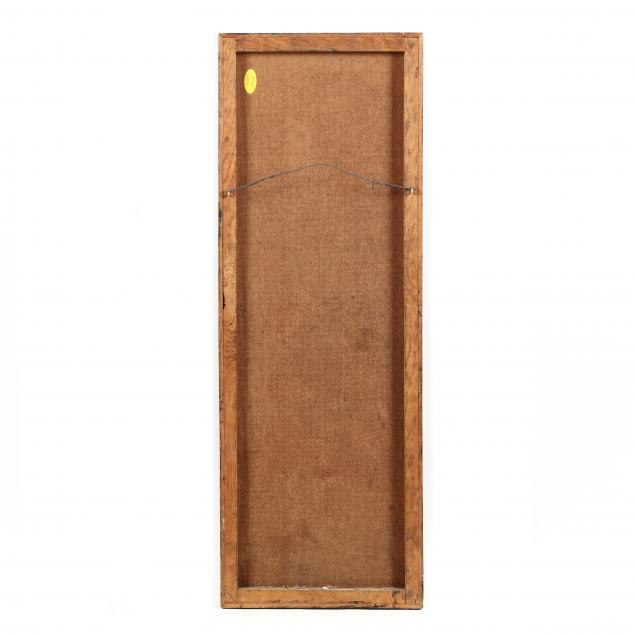