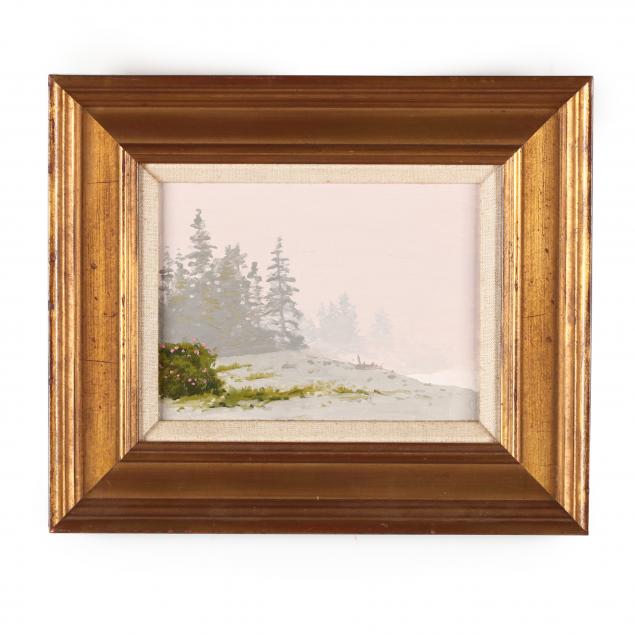 Lot Details & Additional Photographs
Oil on board, monogrammed at lower left, inscribed on the verso, presented in a gilt frame with linen liner.

From the estate of the late Mary L. Hill, Chapel Hill, North Carolina

Originally from Connecticut, William Hoyt received his BA in Fine Arts from Yale University in 1967. Since then he has exhibited extensively throughout New England, mostly in Vermont, Maine, and Rhode Island. 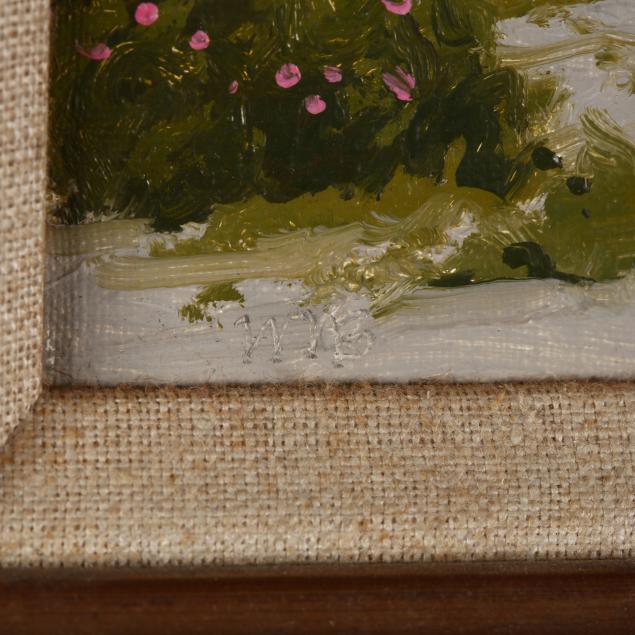 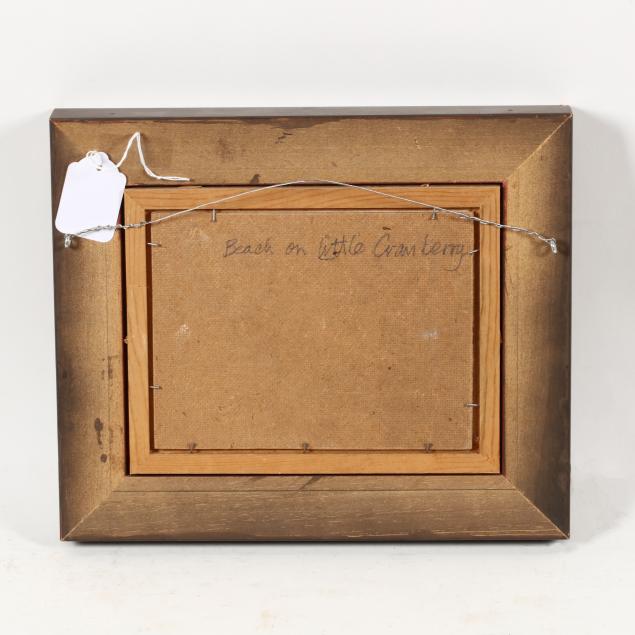