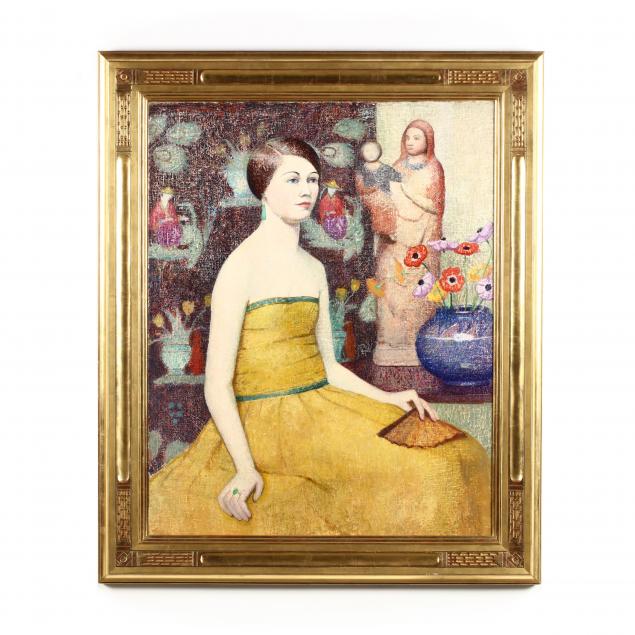 Lot 335
Emma Fordyce MacRae (NY/MA, 1887-1974), Elizabeth
Lot Details & Additional Photographs
Oil on canvas on board, signed and dated 1929 at upper left, presented in a period appropriate carved and giltwood frame, retaining an exhibition label on the verso for the American Federation of Arts.

New York City raised, Emma Fordyce MacRae attended Miss Chapin's School and the Brearley School. She continued her art studies at the Arts Students League and was later a member of the National Academy of Design. MacRae was also a member of the extended Philadelphia Ten, a group of women artists who worked and exhibited together from 1917 to 1945.

She exhibited extensively during her lifetime, at such prominent NYC galleries as Anderson Galleries and Grand Central Galleries. 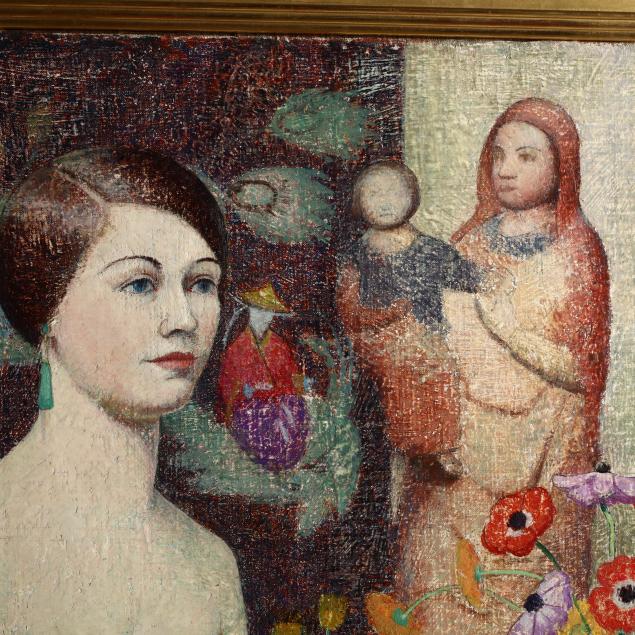 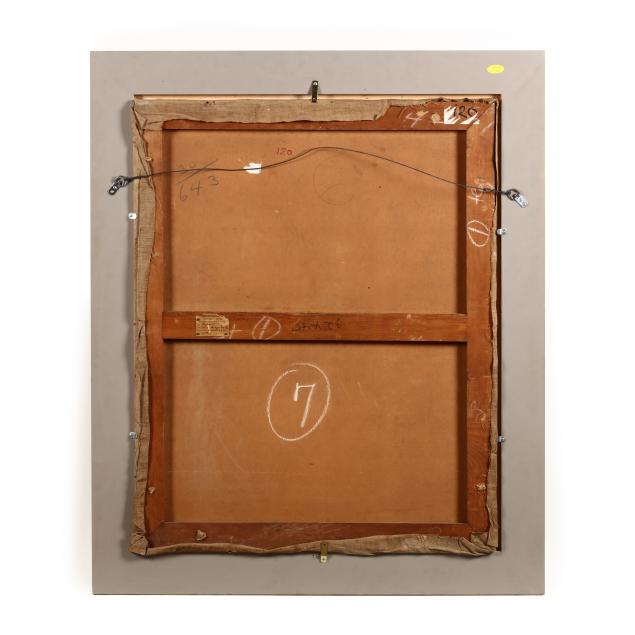 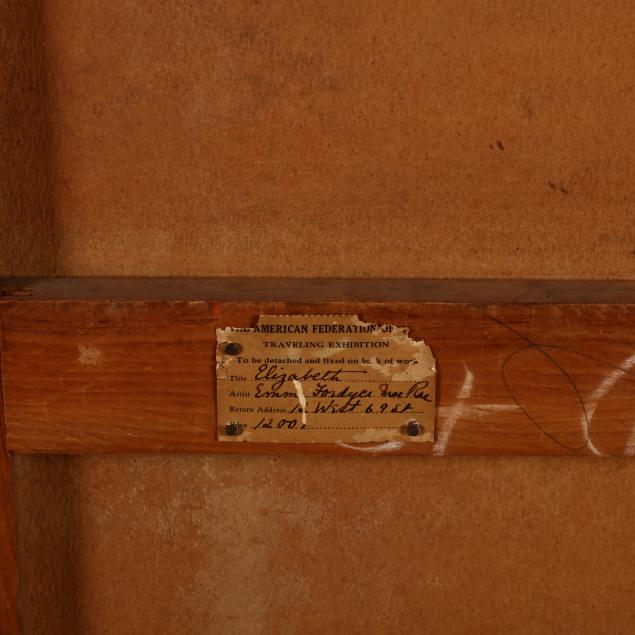