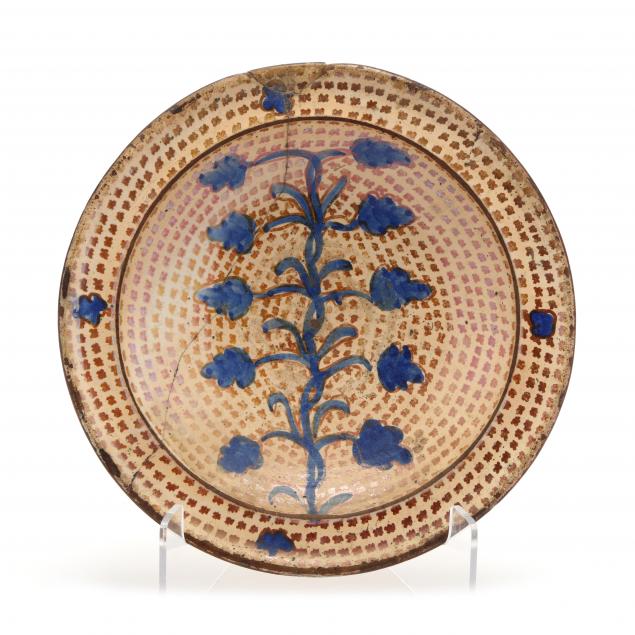 Lot 348
Hispano-Moresque Earthenware Dish
Lot Details & Additional Photographs
16th century, tin-glazed earthenware with a copper lustre glaze, made by Moorish potters in Spain, chiefly at Málaga near Valencia, having the tin glaze applied over a design traced in cobalt blue. After the first firing, the metallic pigment lustre was brushed over the tin glaze, and the piece was fired again.

Dating Hispano-Moresque pottery is aided by the color of the lustre which varies from a pale yellow in early pieces (15th century) to a copper iridescence in late work. 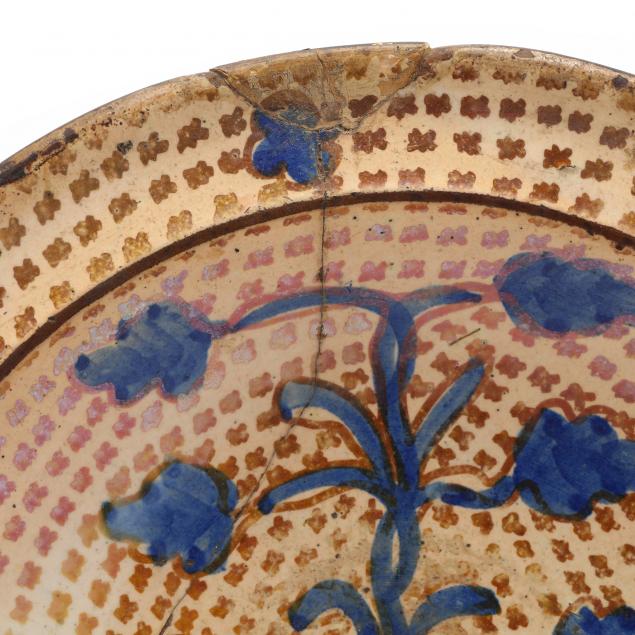 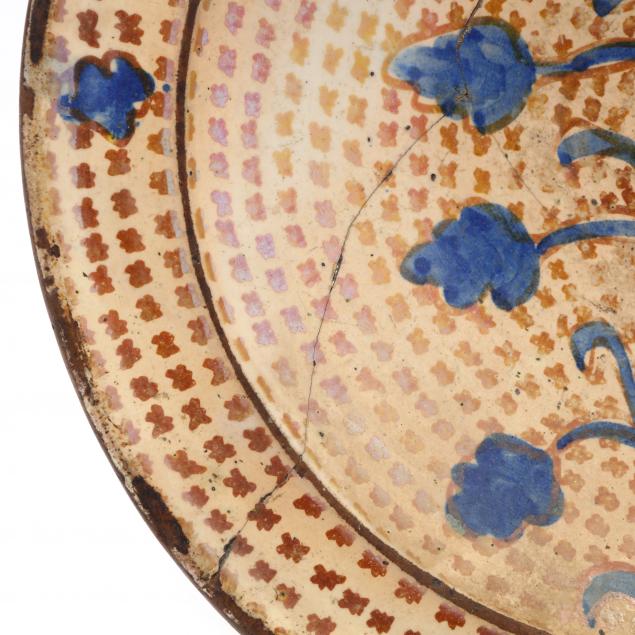 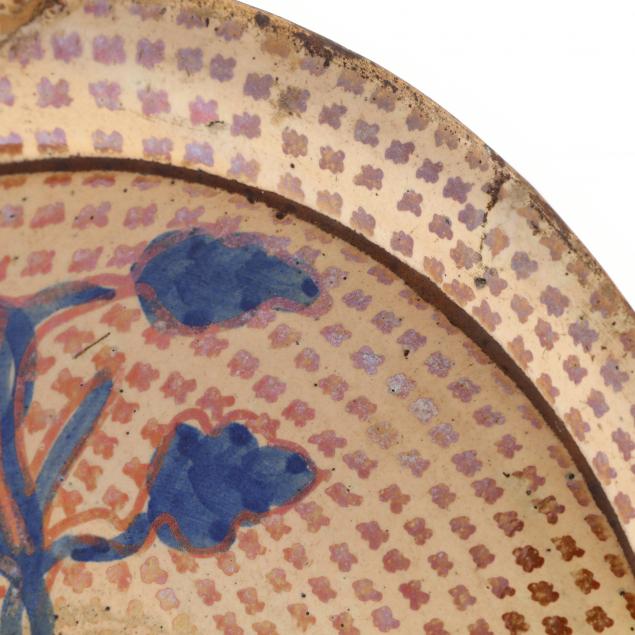 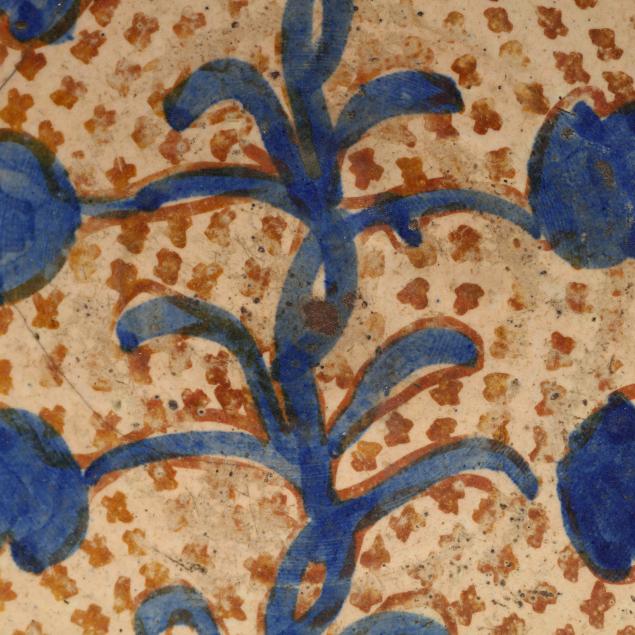 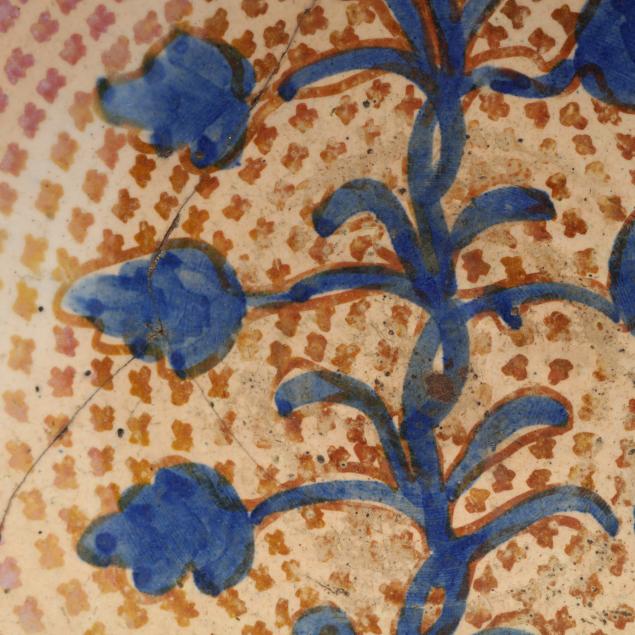 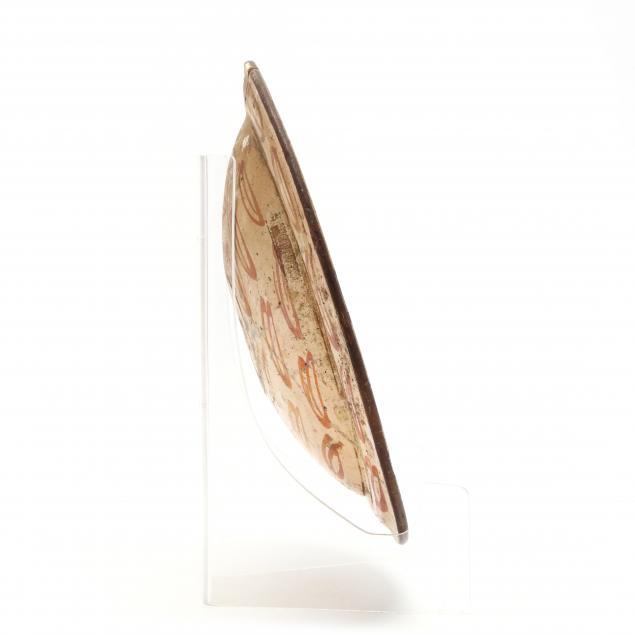 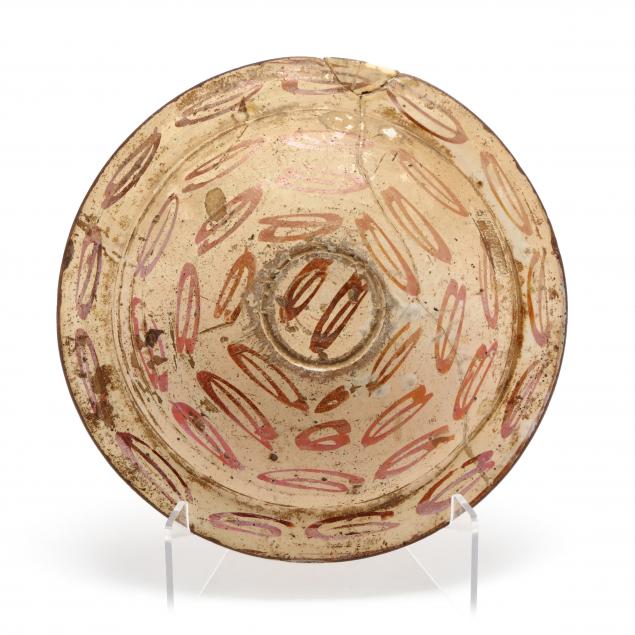 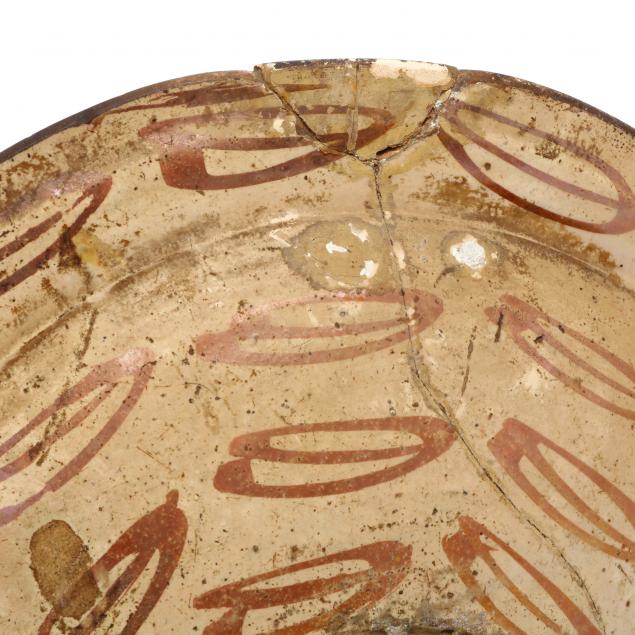 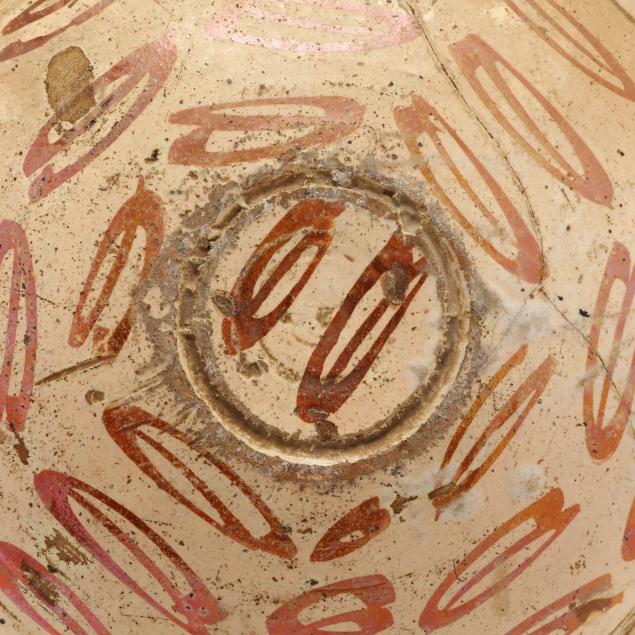