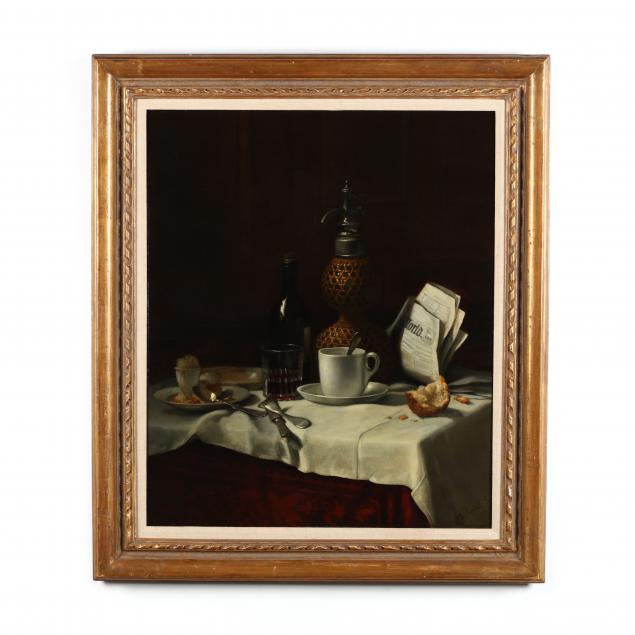 Born in Paris in 1826, Frederick eventually settled in America, keeping studios in both the Boston area and New York City. He was a successful landscape and marine painter who painted extensively throughout New England and the Hudson River, as well as the west coast.

One area in background above spritzer with retouch (approx 1 in. diameter); some scattered small areas of retouch in background visible under UV light; light scratch near neck of spritzer; small area of loss to upper middle edge of canvas; fine stable craquelure to surface. 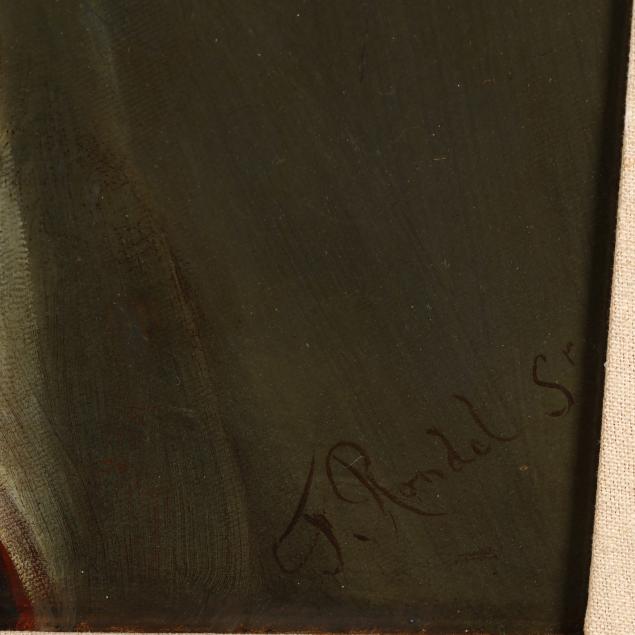 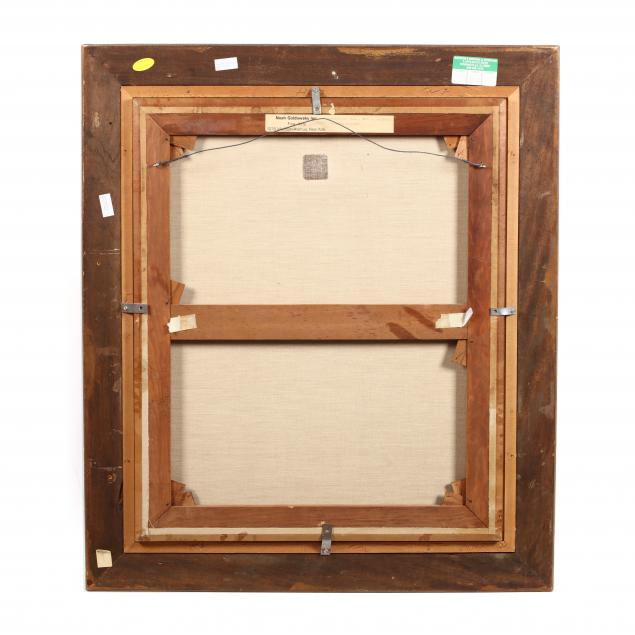 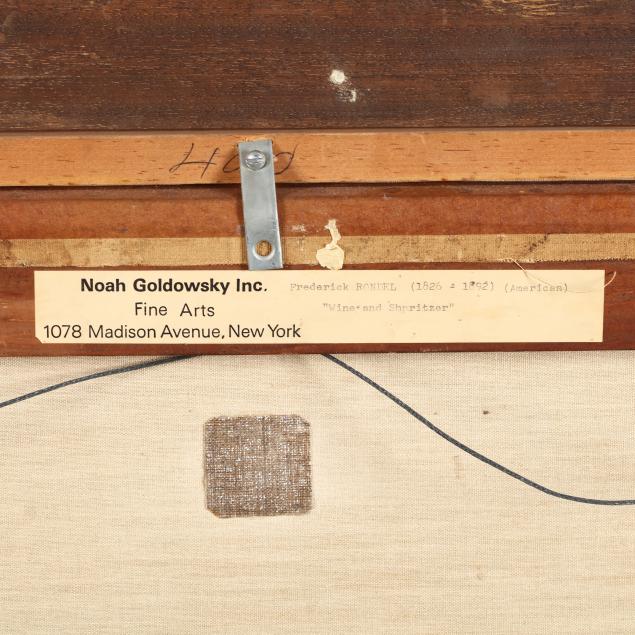