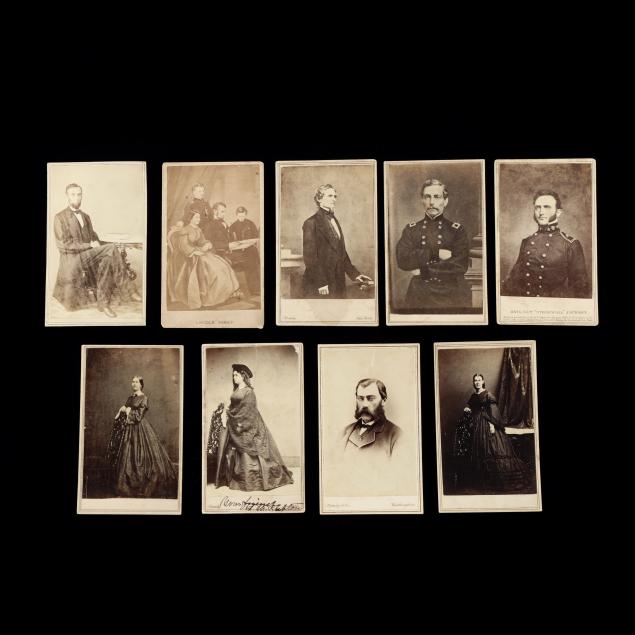 Lot 436
Nine Civil War Era Portrait CDVs to Include a Rare Abraham Lincoln Image
Lot Details & Additional Photographs
As follows: President Lincoln is seated at a small table with a closed book before him, the card's verso carries Alexander Gardner's backmark which has "Photographer to the Army of the Potomac" above a view of the capitol building in Washington. This rare portrait was taken at Garner's studio on August 9, 1863 and is in contrast to the more commonly seen images from the same sitting in which the president typically holds an open newspaper or speech. Other CDVs here are a common Lincoln Family portrait credited to Brady in manuscript on its blank verso; an Anthony CDV of a young Thomas J. Jackson; Brady-marked CDVs of Jefferson Davis and a prewar Beauregard respectively; three CDVs with Brady backmarks depicting two anonymous ladies and an unknown gentleman.

Generally very good condition; the Gardner portrait of Lincoln has a somewhat mottled impression below the sitter's chest as made. This flaw is not uncommon in images from the August 9, 1863 sitting. 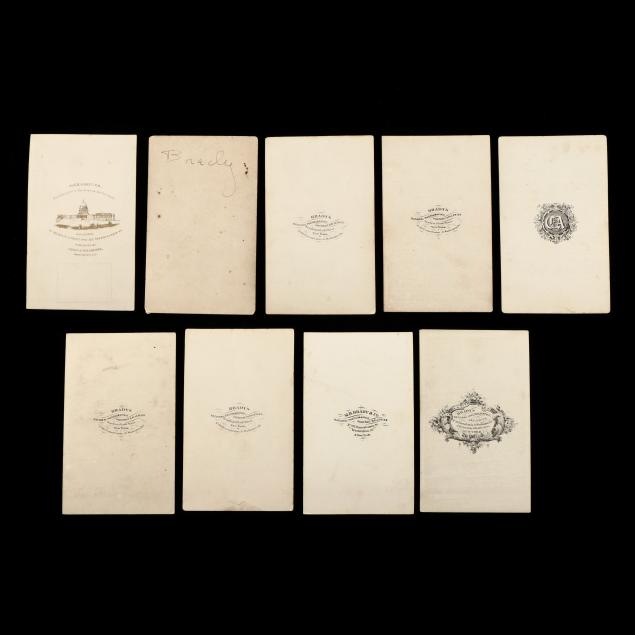