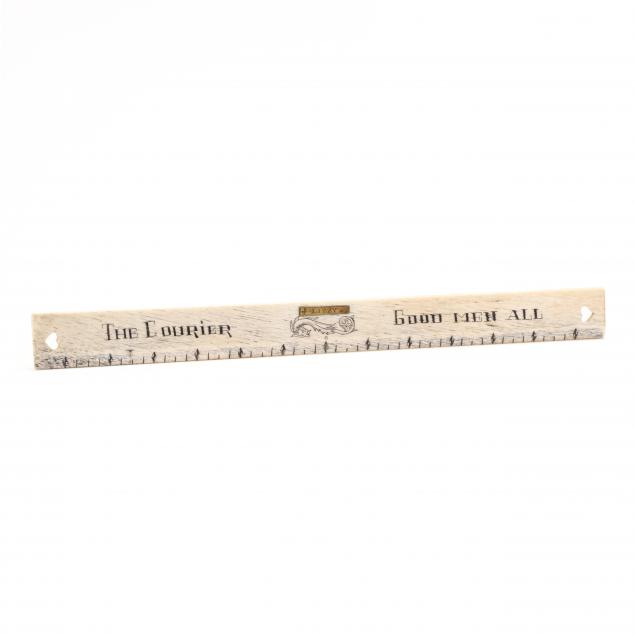 Lot 337
Scrimshaw Whalebone Ruler With Connection to the Civil War's "Great Stone Fleet"
Lot Details & Additional Photographs
Mid 19th century, engraved "The Courier / Good Men All" on either side of a brass plate reading "Lizzy" that is inlaid above a stylized sea monster; the bevel-edged stick is carefully made and decorated with a heart-shaped cutout on either end. The Courier named here was likely an aging New Bedford whaler under the command of a Captain Brayton that joined the "Great Stone Fleet" of 1861. The "fleet" was a parade of obsolete ships that were loaded with ballast, sent south and intentionally sunk so as to block access to and from Charleston, South Carolina's harbor. The effort failed to completely cut the sea lanes serving the bustling Confederate port, which fell to Union forces some four years later.

From a private North Carolina Collection

Bowed at one end given the natural curve of the bone; excellent condition. 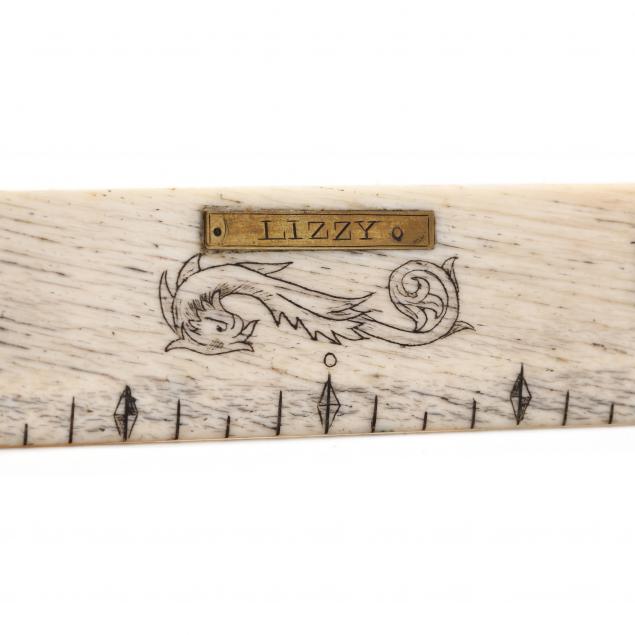 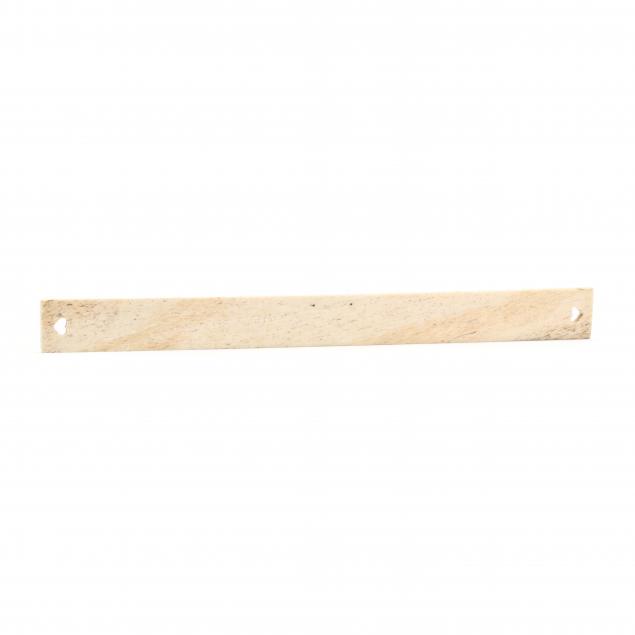