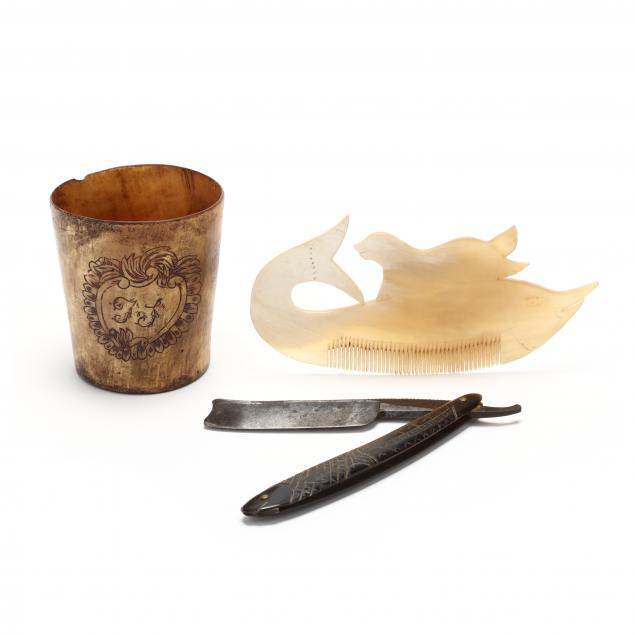 Lot 339
Three Scrimshaw Toiletry Items
Lot Details & Additional Photographs
19th century, to include: slightly curved bone comb carved to represent a whale with a seal on its back, both animals with lightly etched details (6 in.) (nearly as made); straight razor marked "Hargreaves, Smith & Co. / Imperial Razor / Sheffield", the blade folding into a baleen case, one side of which is carved with a fish and a five-masted sailing ship; the Sheffield company named here displayed its products at London's Great Exposition, 1851 and at the New York Exposition of 1853 (the razor 6 in. closed) (old patina throughout, very good condition); shaving cup of cow horn, the initials "T I" within a scrolled foliate border (3.25 in.) (small rim chip, aged surfaces with mild worming on underside). 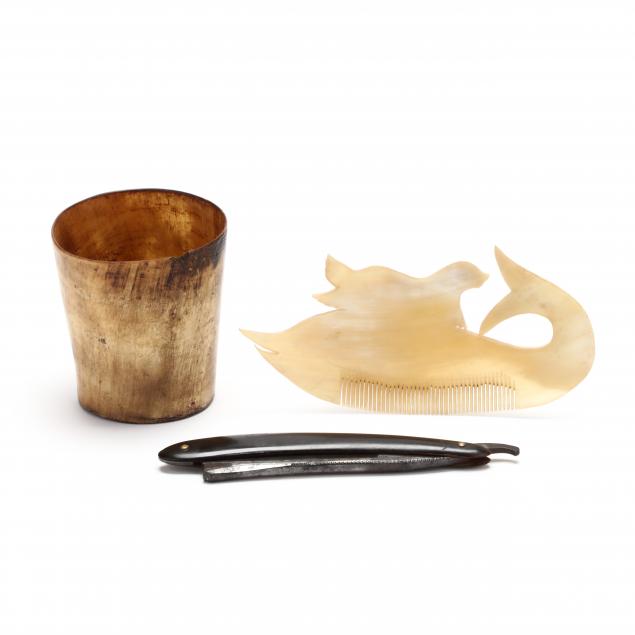 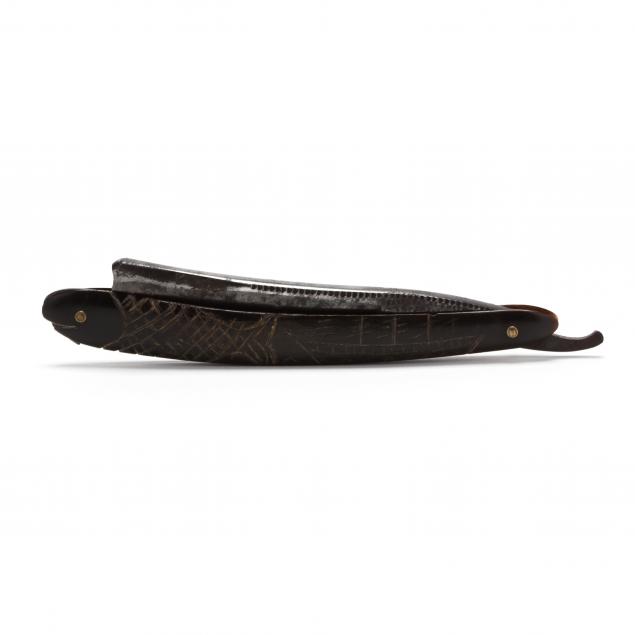 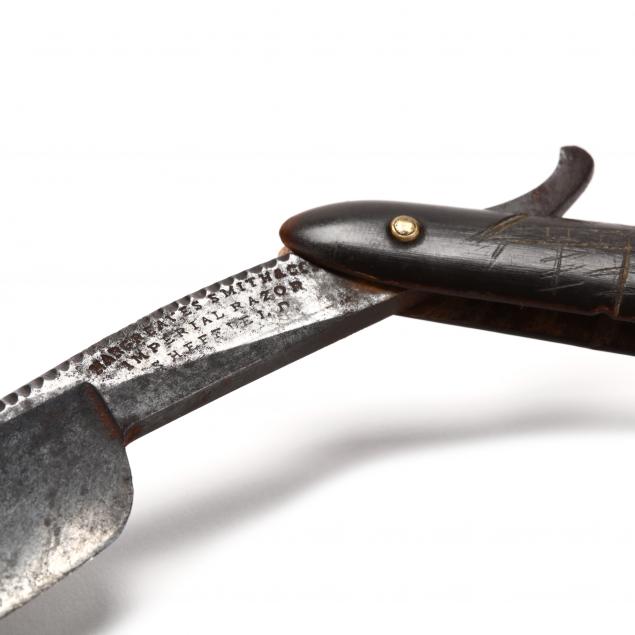 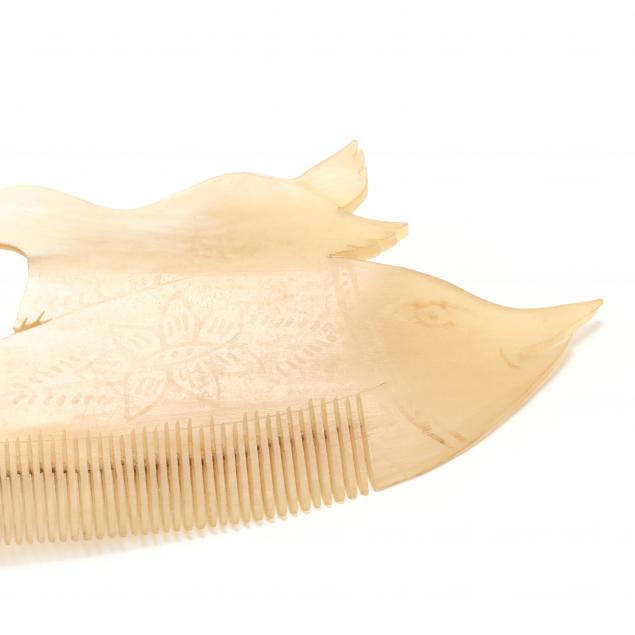 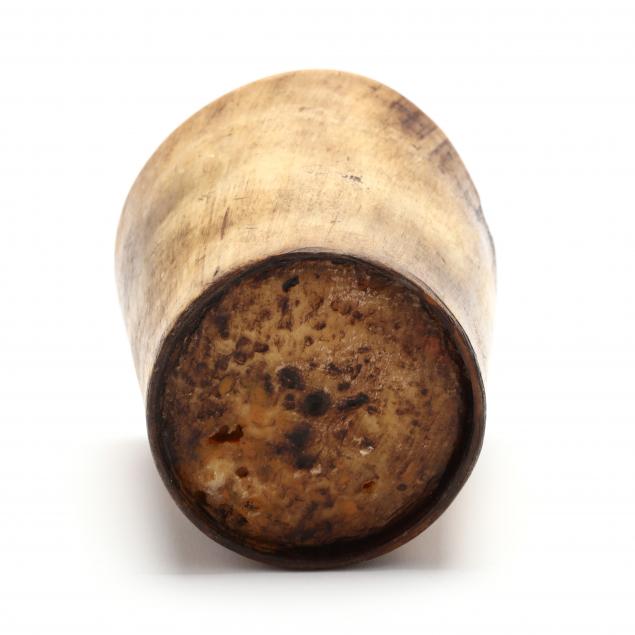