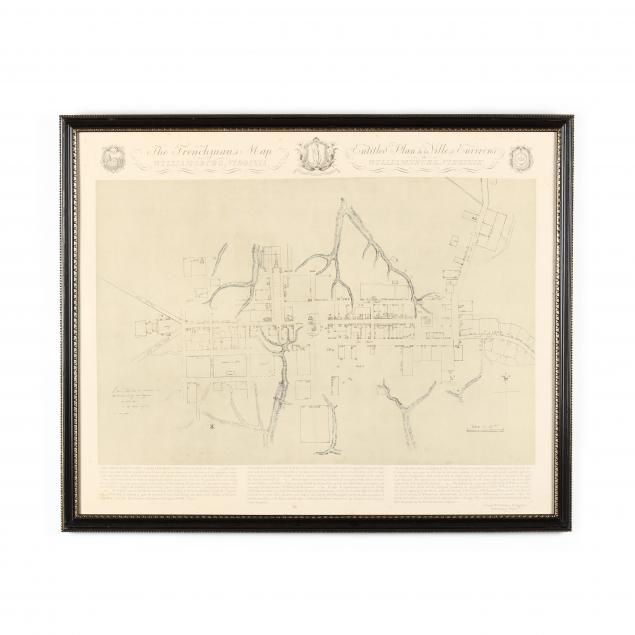 Lot 298
Framed Facsimile, "The Frenchman's Map of Williamsburg, Virginia"
Lot Details & Additional Photographs
Mid-20th century, second facsimile edition, published by Colonial Williamsburg, Inc., printed by the Meriden Gravure Company of Connecticut, here reproducing a French military map of Virginia's capitol city as it was near the close of the Revolutionary War. The original surfaced in Norfolk and, by the 1920s, was being used to guide Williamsburg's reconstruction and restoration. Presented in a black wooden frame with gilt liner and beaded gilt border.

From the Estate of the late Peggy Futrelle Nowell, Raleigh and Pinehurst, North Carolina

Not examined out of the frame; good appearance. 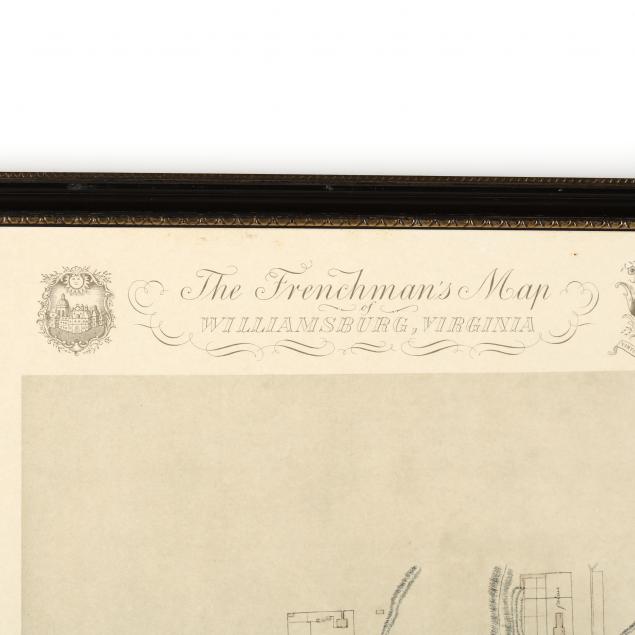 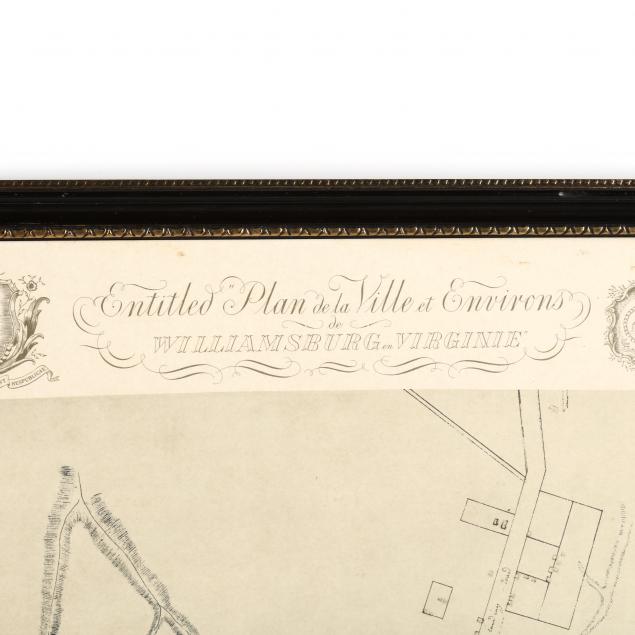 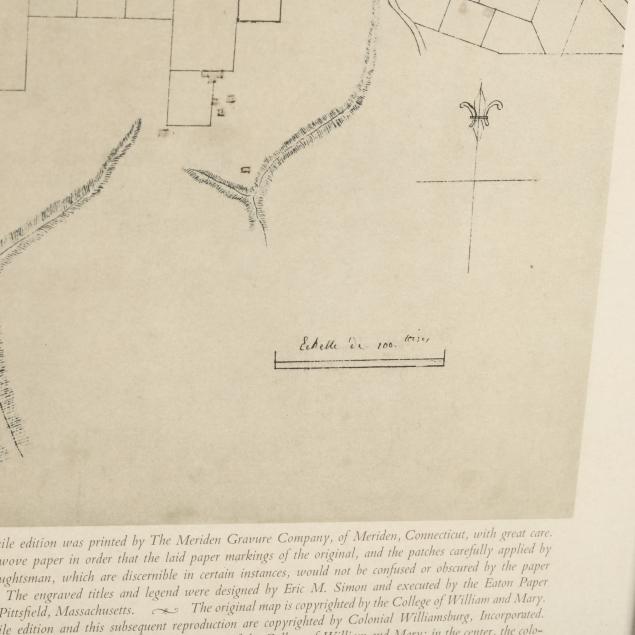 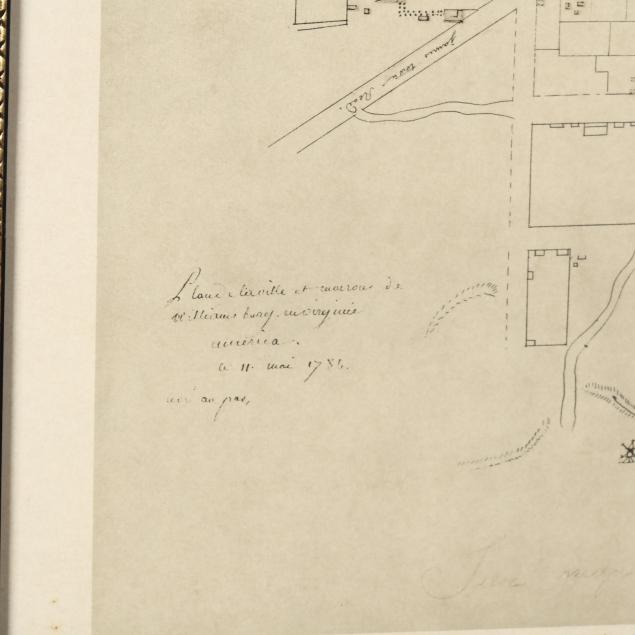 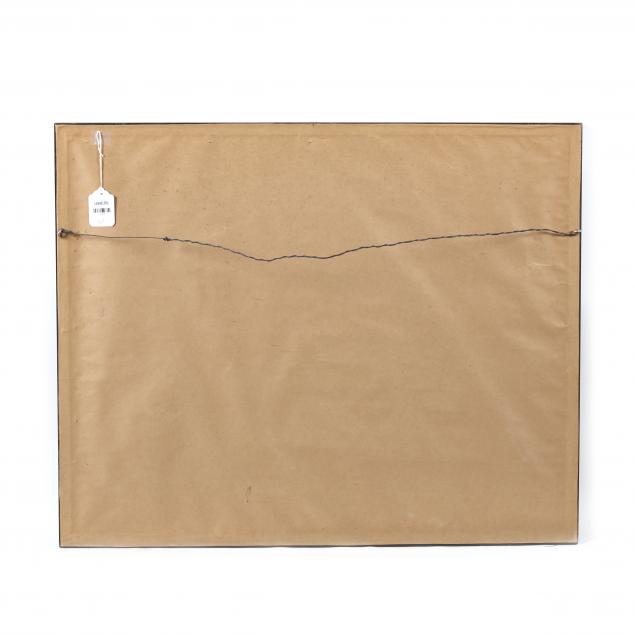