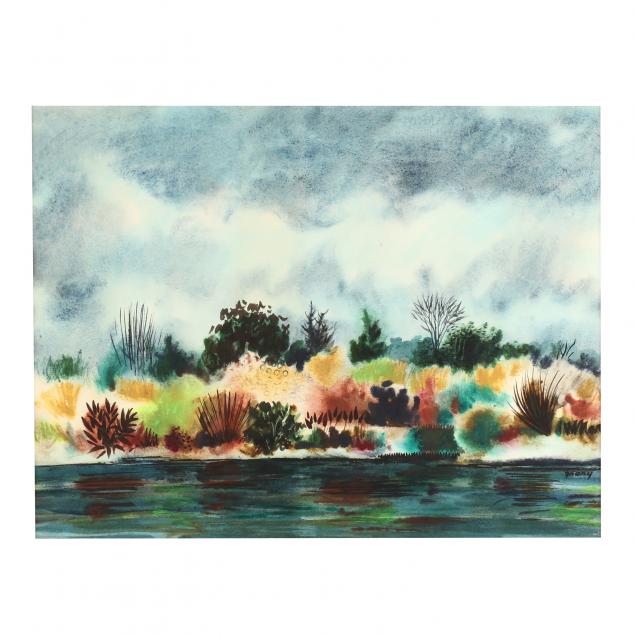 After serving in the US Navy during WWII, Michael Frary returned to his home state of California. He had a brief, but successful, career as an assistant art director for the Goldwyn Studios, Paramount, and then finally Universal Studios. In 1949, he moved to Texas where he was able to teach art - first at Marion Koogler McNay in San Antonio and then at the University of Texas - Austin.

Soft cockling to sheet; some chipping and rubbing to frame - not examined out of the frame. 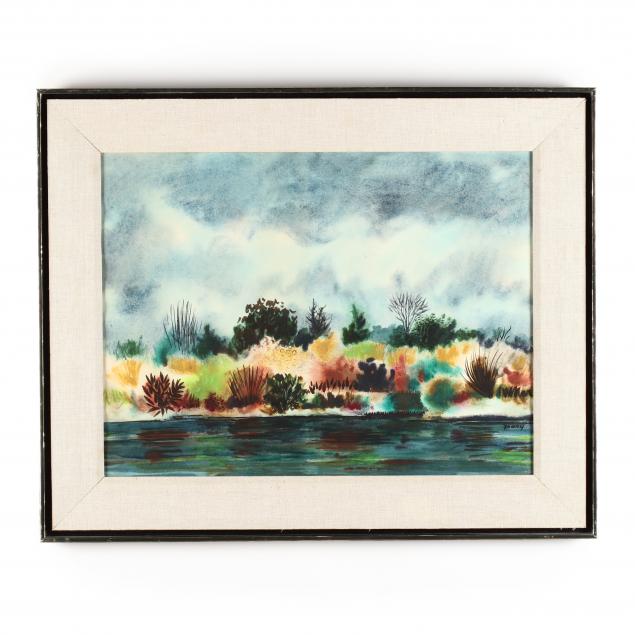 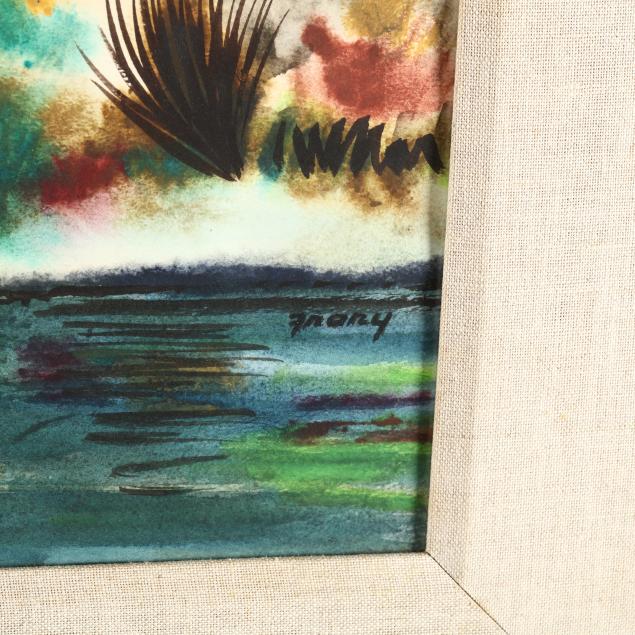 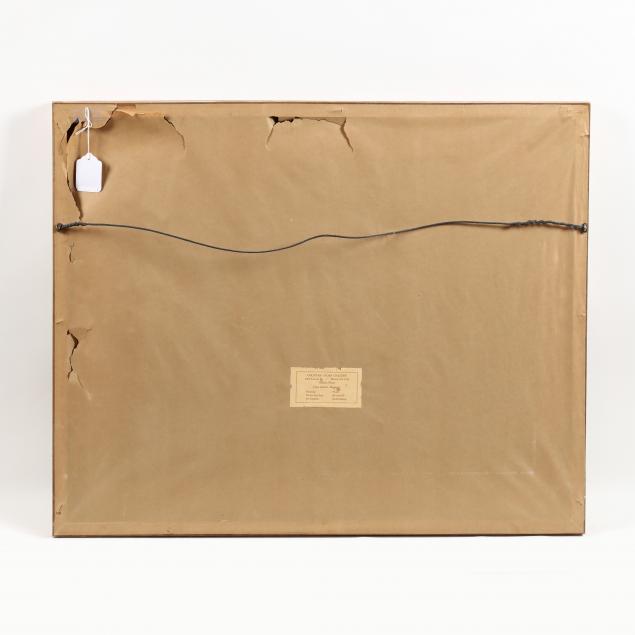