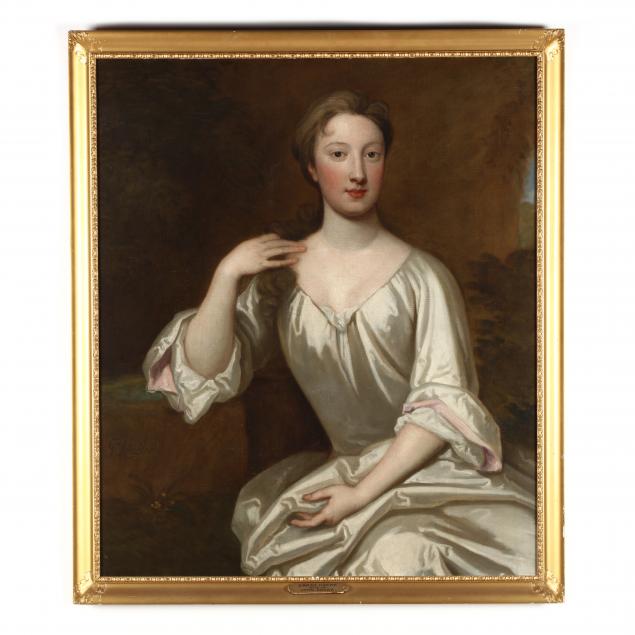 This portrait is said to be of Sarah Crewe. A typed letter signed by J. R. S. Guinness of the British High Commission in Canada accompanies the painting. The letter states the portrait is of Sarah Crewe (1682-1751), daughter of Morgan Price of Natgwared, Co. Brecon. In 1707 she married John Offley. John Offley inherited the manor of Crewe through his mother, Anne, and was sole heir of John Crewe, Esq., and therefore assumed the Crewe surname. John Crewe was a Member of Parliament for Cheshire and was ancestor of the Marquess of Crewe. He died in 1749 and Sarah Crewe died in 1751. Both husband and wife are buried in St. Bertoline's Churchyard, Barthomley, Cheshire, England.

The lady is depicted three-quarter length, with her proper right hand resting softly on her shoulder, her left arm resting across her gown. She is shown in a naturalistic landscape and framed by foliage. The pose relates directly to a circa 1710 signed portrait by Kneller of Anne Spencer (née Churchill), Countess of Sunderland in the primary collection of the National Portrait Gallery, London. 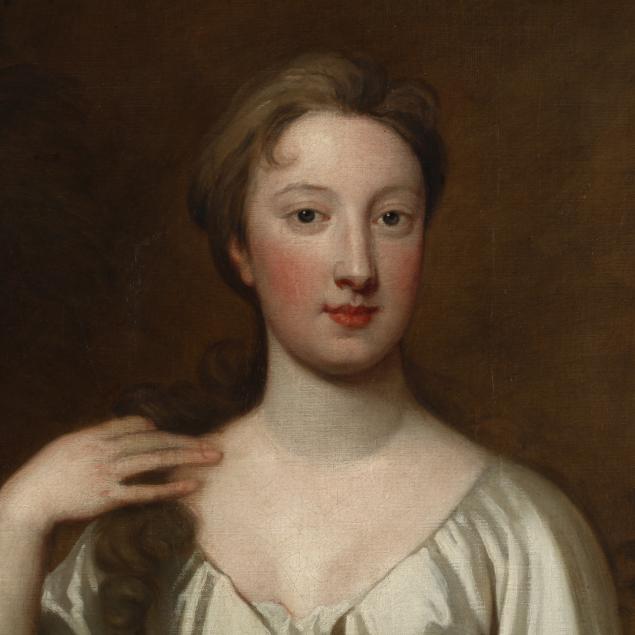 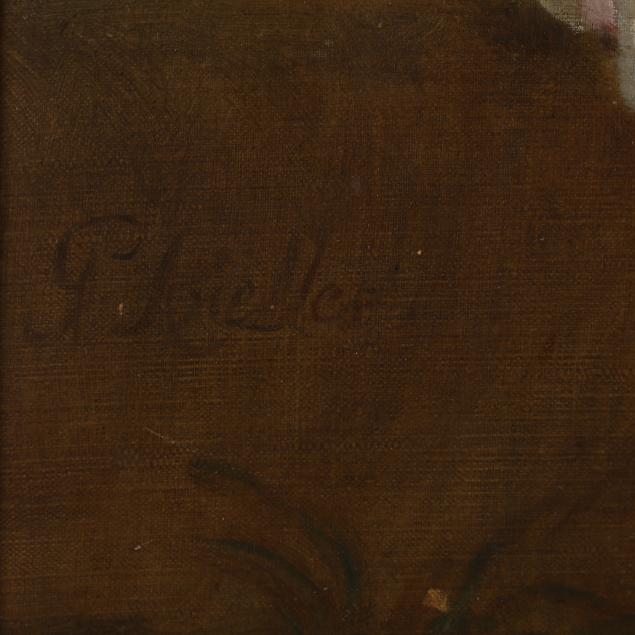 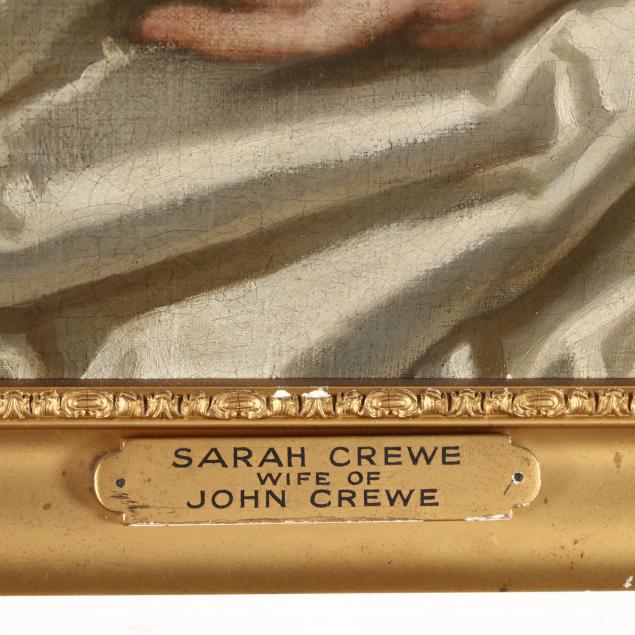 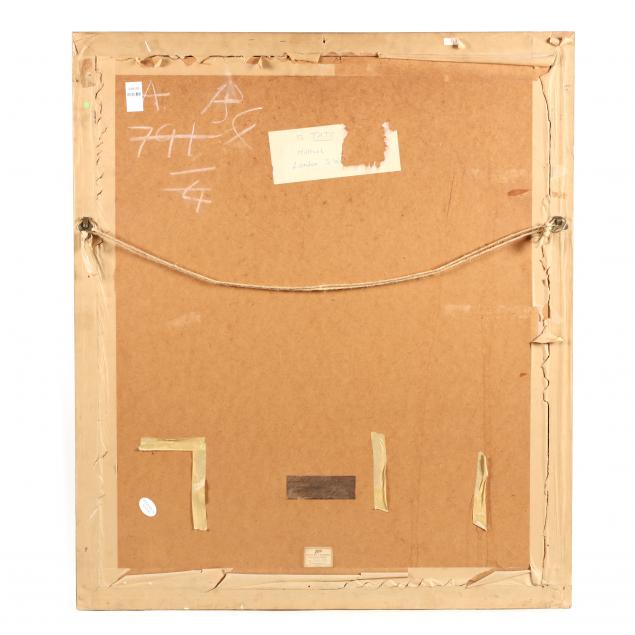 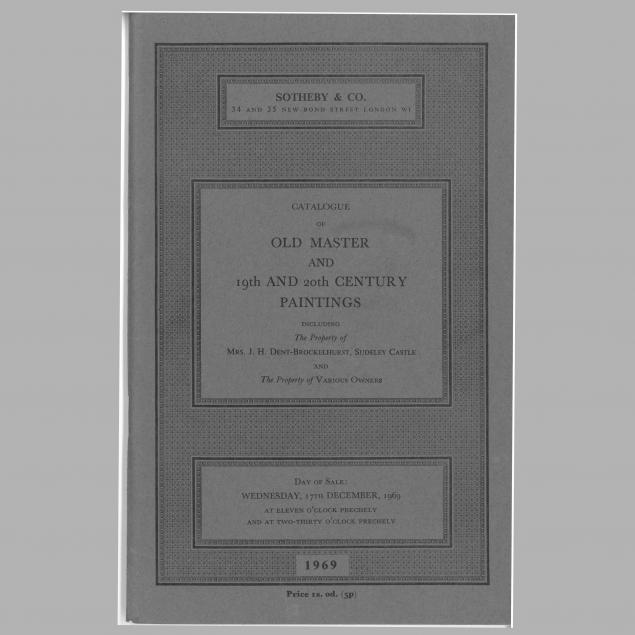 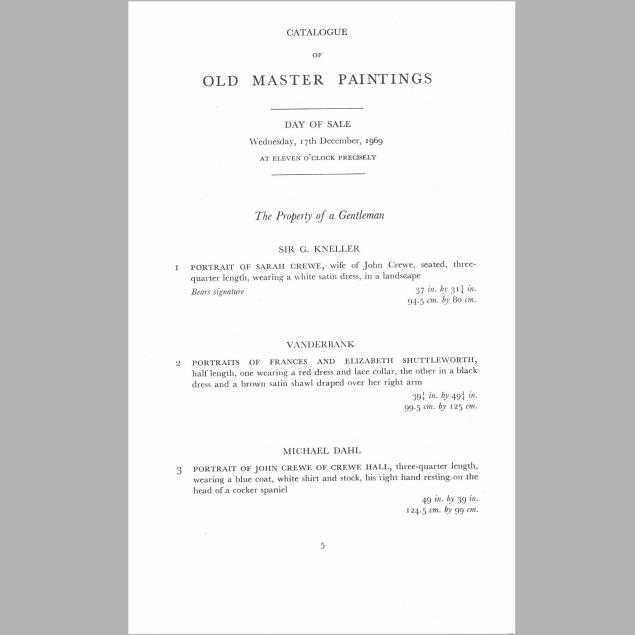 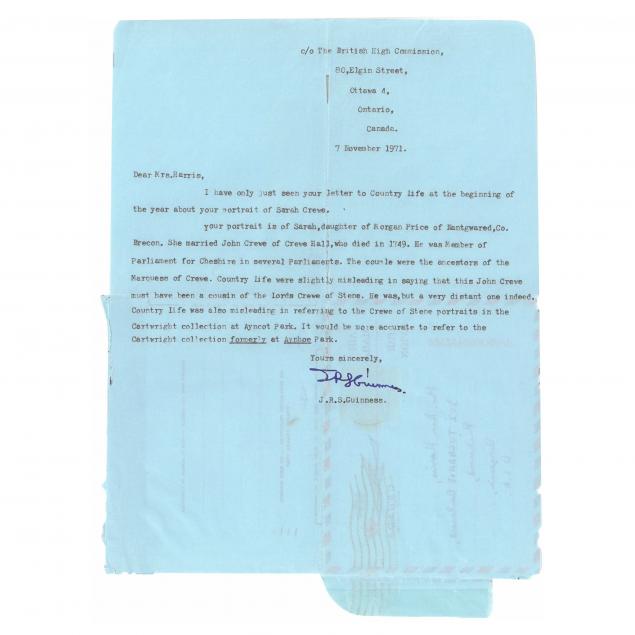